Zoe Marenillo-Kohn on the long road to The Whale 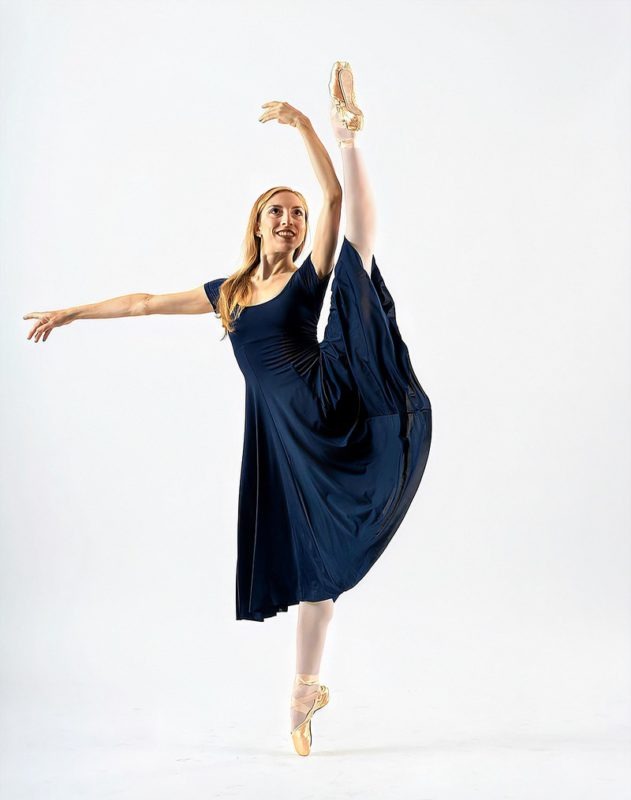 oming from a family steeped in the Arts, it was pretty much a given that Zoe Marinello-Kohn would 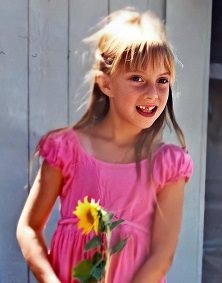 end up on the stage.

Doing exactly what was long open to question, given her culturally kaleidoscopic childhood. Her grandfather was the theatre professor at Ohio’s private John Carroll University for 36 years, putting on productions of everyone from Beckett to Mamet, whilst her father, Justin Kohn, was a noted animator, working on everything from Robocop and Tim Burton’s The Nightmare Before Christmas to The Simpsons and Wes Anderson’s The Life Aquatic With Steve Zissou. 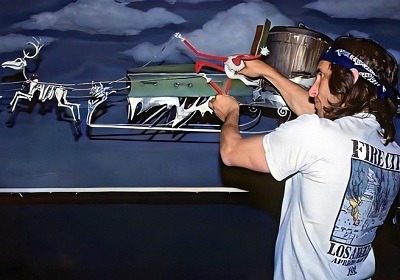 So, naturally, Zoe was put two and two together and somehow ended up in ballet, dancing with the likes of the San Diego Ballet, The Twin Cities Ballet Of Minnesota and the Osage Ballet.

Taking part in Sunday’s multi-media show Journey Through The Senses – on at The Whale at 4pm; tickets here – Zoe took time out from rehearsals to reveal to us the influences that shaped her.

And the people who continue to inspire her…

I remember the first ballet I ever saw. I was three and my mom took me and my best friend to see The Nutcracker in downtown Los Angeles. I remember being up in the first row of the balcony looking down seeing these women and men on the stage jumping and turning with gorgeous costumes catching the light, with music that felt like it was consuming me. I remember being so entranced in the performance that my mom held on to the back of my dress, making sure I couldn’t lean far enough forward to fall off! My Grandpa
My grandfather Leone J. Marinello was a theater professor at John Carroll University for 36 years. Even though I didn’t begin my ballet training until I was older I was constantly performing for my family. Dancing, choreographing, putting on plays and making movies with my dad (an animator in Hollywood at the time). 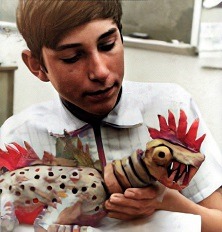 I literally had an on-going daily video we coined very creatively The Zo Show. My grandpa never spoke down to me even as a small child. He would engage with me and challenge me to explore character and composition even for my at home living room based plays.

In fact my family always pushed me to excel by example. I saw so many of my family members taking what they loved and turning it into their careers. Musicians, artists, scientists, scholars, even my mom who reinvented herself by returning to university and pursuing an entirely new career in her fifties gave me the strength and courage as a child and young adult to find my own path in the arts and understand that no matter where a person is in life one can always perfect their skill or make a change for the better. The key to success was passion and focus. Maria Tallchief
I didn’t have a lot of exposure to ballet as a child. When my family moved from Inglewood CA to a small town in rural Northern California there wasn’t a lot of professional ballet to see in person and at that time we didn’t have YouTube at our fingertips to search for Ballet Stars for inspiration. I did however know of Maria Tallchief, internationally celebrated prima ballerina of the Osage Nation. I remember seeing her iconic pictures and some videos. She was entrancing and so beautiful. Beginning in 2012 I had the opportunity to work with the Osage Ballet in Wahzhazhe: An Osage Ballet and over the 8 seasons that I spent time in Oklahoma performing I was blessed to learn more about Maria Tallchief and her incredible story. She continues to inspire me. Mikhail Baryshnikov
As a child I was so lucky to get to see Barishnikov perform twice in the San Francisco Bay Area. These were performances later in his career and I was struck by the creativity and longevity of his professional life. Some of the videos of his classical ballet performances have always stayed with me. The quality, precision and grace of his movements raised the bar and to this day are some of my favorite ballets to watch. 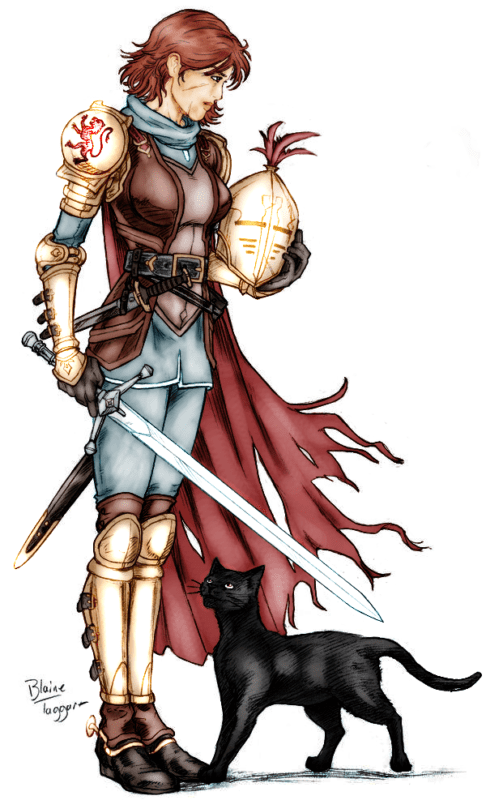 Alanna the Lioness, Protector of the Small Series by Tamora Pierce
I attended a Waldorf school (what you might call a Steiner School) from age 5 to 16. This type of education put a focus on learning through the arts which was the perfect environment for me to grow up in. One of the defining characteristics of a Waldorf education is to limit forms of media such as television and computers. This meant that I read a LOT as a child and many of my heroes were literary characters. One character greatly influenced me- a girl who was determined to become a knight and did everything she could, including disguising herself to become one.

Reading about strong girls and women working hard and defying the odds was a recurring theme in the media I consumed and I’m sure influenced me as I entered the ballet world later in life. Anne Frank
Anne Frank and I share our birthdays- June 12. On my thirteenth birthday I was given her diary because we would have been the same age as when she began writing. Her story profoundly affected me not just as someone I could identify with on a human level but also as an artist. She taught me that art isn’t just something physical that is constructed, it is a way of life. Her life was a piece of artwork. Her observations, perceptions and perseverance inspired me to notice the quiet moments in life.

To not be afraid of fear and to challenge myself to utilize personal pain and channel it into something constructive. When I visited her Annex in Amsterdam I felt the floor creak beneath my steps and I cried. Gloria Govrin in The Nutcracker

My Teachers
I had the great privilege to train with some of the best ballet instructors in the world. When I was sixteen I moved to San Francisco to attend the San Francisco Ballet School. My teachers were honest, meticulous and generous. Gloria Govrin, Lola de Avila, Pascale Leroy, Shannon Bresnahan and Jeff Lyons as well as Parrish Maynard were my guides into the reality of the ballet world. There are no excuses in ballet and talent only gets you so far. They taught me how to challenge my body’s capabilities and accentuate my strong points. The lessons I learned taught me not only how to dance but also how to comport and present myself in and out of the studio.

During my time in San Francisco I also had the great opportunity to train at the Academy of Ballet under Richard Gibson and Zory Karah. I learned the invaluable lesson of perseverance and trusting my path in life. I wouldn’t be the dancer I am today without them. Yuan Yuan Tan
To this day I still remember standing at the back of the opera house as a ballet student completely captivated by Yuan YuanTan, Principle with the San Francisco Ballet. Her long lines and mesmerizing movements seemed to hypnotize me.

Because I grew up without media or access to live performances on a regular basis I really hadn’t seen a lot of ballet even when I started training. I just knew I loved to dance and I loved performing. When I moved to San Francisco and was able to see the company perform on a weekly basis that transformed my way of thinking about dance.

I was obsessed. I was obsessed with the company dancers- they were like movie stars, sports legends and gods all put together! Tina LeBlanc, Gonzalo Garcia, Sarah Van Patten, Muriel Maffre and of course Yuan Yuan Tan were my inspirations during that time in my life and still are. And then there were two…

Let The Music Play…
While I didn’t watch a lot of TV, I always listened to music! I have a very personal relationship with sounds as I have Synesthesia and everything I hear is also perceived in the visual part of my brain- In my own way I actually “see” music in colors and shapes.

In fact this is what the performance at the Whale Theater with Dr. Svetlana Rudenko is all about! Exploring Synesthesia through piano and ballet. Music and dance go hand in hand and some of my earliest memories are of dancing to the albums my parents had on hand. Bob Dylan, Michael Jackson and the Beatles were staples in my childhood and as I got older I gravitated towards Smashing Pumpkins, Eminem, Beyoncé, Britney, Bella and Sebastian and Lady Gaga.

I also had a deep love for classical music which I listen to often. Mozart, Beethoven, Pleyel, Chopin, Satie and Bach created some of my favorite pieces of music. Kerri Strug
Finally, as I was thinking about who influenced me as a child to become the dancer I am today I realized that it wasn’t really one person or event that put me on the path that led me to this difficult yet rewarding career. The theme that kept coming up over and over again was that of pushing myself through obstacles while still giving myself the space and care to be creative.

If I could choose one defining moment in my childhood that encapsulates a lot of what kept me going throughout the years, I would have to choose gymnast Kerri Strug landing the vault at the 1996 Olympics on an injured ankle. I remember watching this in real time and just being blown over by the moment. A young girl doing a physical feat that looked impossible while her body was compromised made me feel like anything was possible.

You can find out more about Sunday’s Journey Through The Senses here, and follow Zoe on Instagram here.

Fancy Dinner For Six On Freddie…?

Colette Forges Ahead To Ukraine Camp