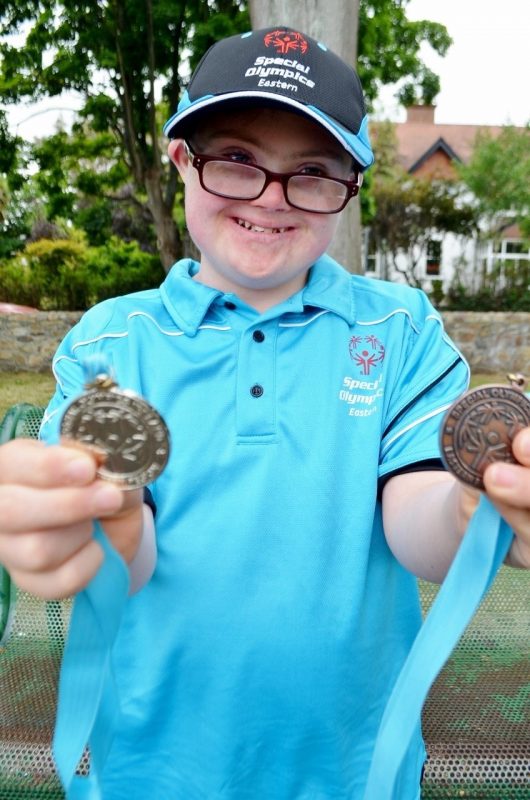 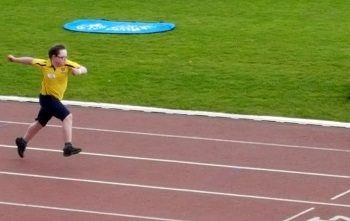 morning, he was running wild in the front garden with his trusty dogs, Molly and Alvin, whilst merrily pickpocketing stepdad Steven’s iPhone for the umpteenth time this week.

We’re talking one happy kid here, and sure, how could he not be? 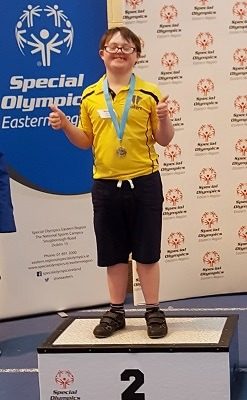 years ago, Michael already has quite the impressive medals haul, winning bronze and silver at the local games in 2016, and the same tally again at the Leinster Regional games last year. Running and soft ball throwing are Michael’s specialities, and this year, now that’s 14 and stronger than ever, he’s progressing from the 25-metre race to the 50-metre. The weekly training sessions in Shoreline and the bi-monthly in Santry and UCD are obviously working. 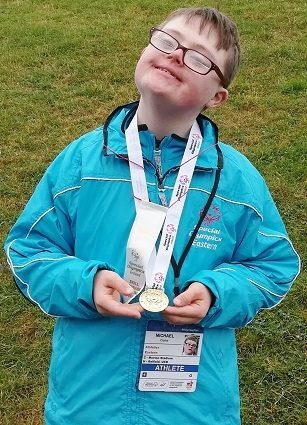 So, to say that he’s looking forward to this weekend’s 2018 Special Olympics Ireland at the Morton Stadium in Santry would be something of an understatement. Not only will Michael get to compete alongside 1,599 other athletes, but there’s also the little extra added bonus of staying for three nights on the Olympic campus in UCD.

“It’s the very first time he’s stayed away from the family home for any length of time,” says proud mum, Paula, “and we thought he might be a little nervous at the idea. Then we remembered that, when we told Michael last September that he was going to the Special Olympics again in 2018, he shouted, “Yes! I’m going!“, whilst punching the air with his fist.

“So, of course he’s delighted to be staying there three whole days…”

We’ve got form around here when it comes to the Special Olympics, of course, with the great Donal O’Mahoney winning gold in LA back in 2015 and the rockin’ Lorraine Whelan bagging gold and silver in Austria last year.

All that wide-eyed enthusiasm and boundless energy we’d stumbled upon this morning soon goes into hiding though, once GG switches on our electric eye for a quick video chat. Like most kids, Michael isn’t crazy about having the spotlight shining on him, and so it was that his mum sat in on the interview, with Steven nearby, for extra support…

With a private opening ceremony for the athletes and their families in Tallaght on Thursday night, the 2018 Special Olympics Ireland runs at the Morton Stadium in Santry & various locations from Friday, June 15th to Sunday 17th, and entry is free. More info here. UPDATE: Michael won GOLD in the softball throw on the Sunday morning, and the family headed to Joe Sweeney’s after, to celebrate!

Greystones Gets Its Own Love Island