an, we’re really beginning to like this old internet thing…

There’s just so much cool stuff buried out in the wild, wild interweb, it’s like a cosmic lucky dip the size of your average black hole. 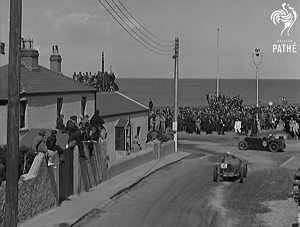 Having earlier this week unearthed footage of Mrs de Valera unveiling the Garden Of Ireland fete in Delgany back in 1921, today, it’s the turn of another neighbour to prove a welcome ghost in the machine. 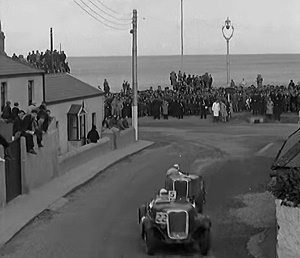 Bray Round The Houses Race 1934

The year is 1934, and Bray are hosts to Ireland’s first-ever Round The Houses race, with 20 cars at the starting line and, reportedly, 80,000 spectators looking on. 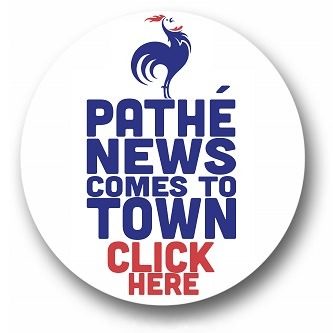 Which is quite a lot, when you think about the time. And the fact that it’s Bray.

With the streets closed off, the cars raced from the seafront, up Putland Road and down Vevay Road, around the Town Hall, and off again. And with speeds of over 100mph achieved, there were just two accidents – including

O’Neill somersaulting his Bugatti – and the race was won by a man calling himself Le Fami. The mad fecker.

We’ve unearthed some other archive goodies, perfect for posting over the heavenly limbo that happens between Christmas and New Year. Watch this spacer!

You can find out more early Bray years in our archives here, and more Pathé News beauties here.