First, came Glendarragh. And there was no bleedin' Biddy! 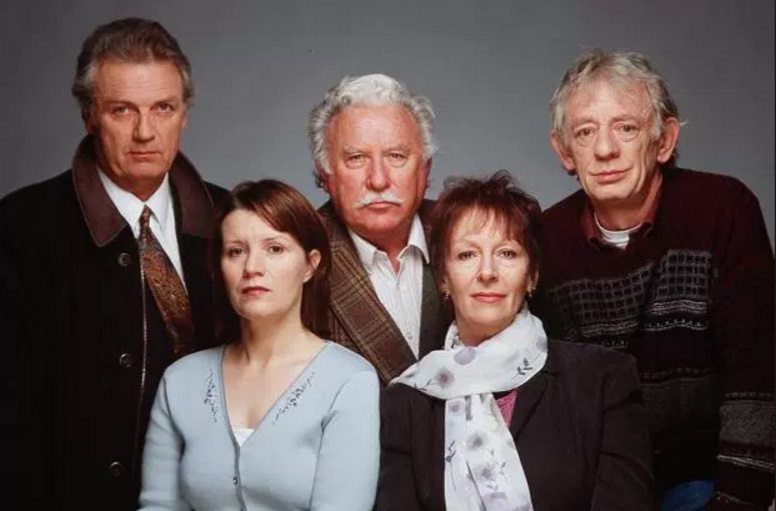 So young, so full of soaps…

ell, Holy God, given that it turned out to be one of RTE’s slickest and longest- 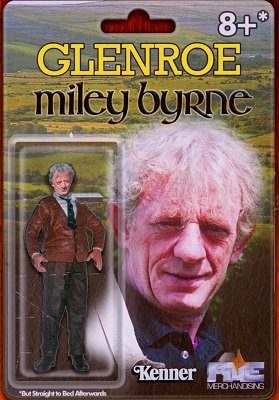 running soaps, it’s a surprise to discover that Glenroe started out as a very different beast.

A very different beast by the name of Glendarragh. Where Biddy wasn’t even a twinkle in Miley’s eye. 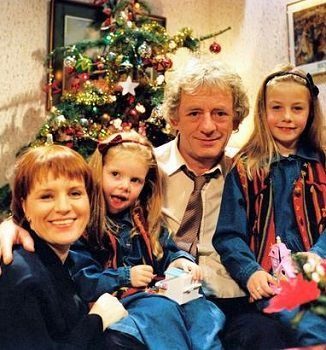 Back then, not only did Wesley Burrowes’ latest TV creation have a different name and a largely different cast, it also hadn’t yet discovered the future TV beauty that is Blaithnaid Treacy.

Continuing our expedition through the deepest, darkest archives of The Bray People, we came across this March 4th, 1983 article, heralding the arrival later that year of a new TV series that had just started shooting in sunny Kilcoole. 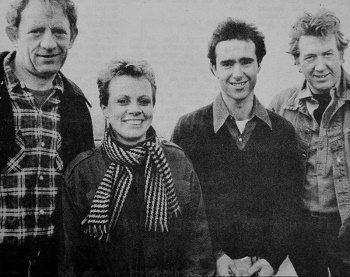 Once they sorted out that name. And that love interest for the hapless Miley Byrne. Here’s the 1983 Bray People report… 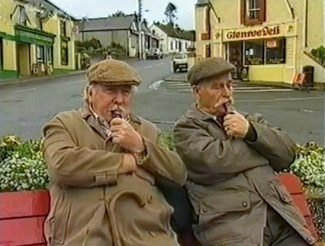 When the new RTE television follow-up to the very successful Bracken series appears on our screens later this year, it will prove well worth watching for North Wicklow viewers.
For the new series is very firmly set in the North Wiclow area, and will feature many well-known local places and people as extras.

The new series is being produced under the working title of Glendarragh and will follow the lives of two of the main characters in Bracken. 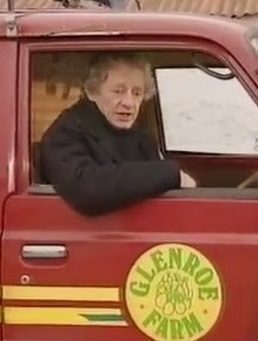 They are father and son Dinny and Miley, played by Joe Lynch and Michael Lally, who in the new series have moved away from the sheep hills to take up careers as market gardeners in North Wicklow. As senior production assistant Ann Farrelly-O’Loughlin puts it, the pair have gotten out of sheep and emigrated 20 miles!

A Greystones resident herself, Ann explained that Bray, Greystones and other North Wicklow locations will figure prominently in the series.
The biggest focus will be on the little village of Kilcoole, in much the same way as Dunboyne became known as Leestown in The Riordans.

Local people in Kilcoole can expect to get used to the presence of RTE production crew and actors in the village over the coming weeks, starting at 11am on March 10th next, when a scene featuring a parade with lots of extras will be shot. Quite a number of the extras will be local people, so viewers can keep an eye out for familiar faces when the series is screened. 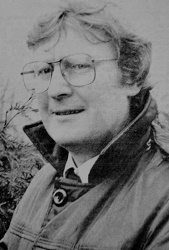 Shooting for the series began last week at the mountainside bungalow of Mr. Fintan Flynn in Kilmurray, with actors and crew working under the watchful eye of Executive Producer Brian MacGloughlin. Other parts in the series are being played by a relatively unknown cast. Included here is Barry Lynch, a young actor who takes over the heartthrob role played by Gabriel Byrne in Bracken. Vinnie McCabe will be taking on the hard man role in Glendarragh, while the female interest comes from Faye Howard in the role of Miley’s bele and Carmel Callan as a young punk rocker. 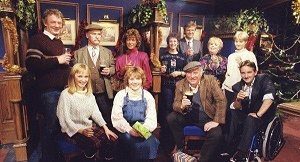 Behind the scenes, there is a large cast of technicians and production staff involved in the series, and there’s a strong local representation here. Working on sound is Pat Johns of Ardmore Studios in Bray, Ann Farrelly is from Greystones, and designer Michael Grogan – the man behind the Eurovision Song Contest set – is originally from Arklow and now lives in Shankill.

As was the case with The Riordans and Bracken, Wesley Burrowes – who lives in Bray – is again writing the script.

All very fitting in view of the North Wicklow emphasis of the series, which is being recorded in RTE as neither rural nor urban, just ‘rurban’.

Delgany Days With Shay #12: Love On The Rocks