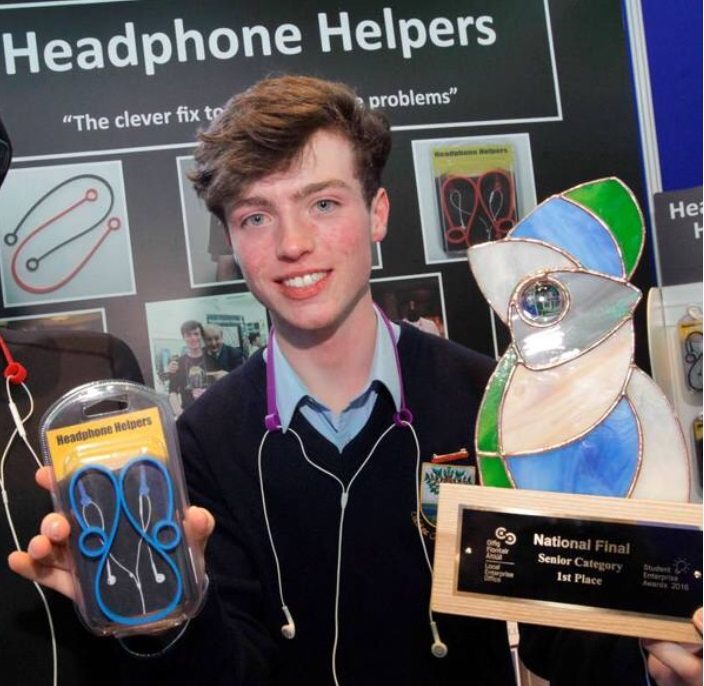 Luke and his rubber spaghetti

here’ll be whooping and, dare we say it, even some hollering over at Kilcoole’s Coláiste Chraobh Abhann 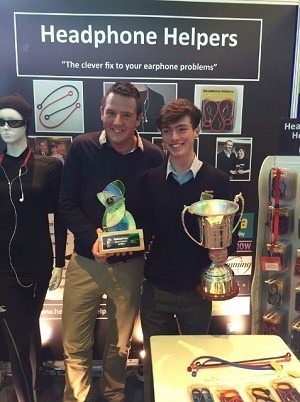 on Thursday morning, after one of their own walked away with the top prize at the Student Enterprise Awards on Wednesday, April 20th, 2016.

Luke Byrne has designed Headphone Helpers, a patent-pending silicone band to stop earphones from getting tangled.

Which, given that pretty much every fecker on the planet is buried in their hand-held computers these days, makes Luke a young god. A young god who may just become stinking rich.

The 16-year-old took the overall Senior Category prize, with teacher Ruairi Farrell on hand to proudly cheer his star pupil on.

Luke’s win is all the more impressive when you consider there were 22,000 students from 620 schools taking part, with 201 of them making it to the finals. 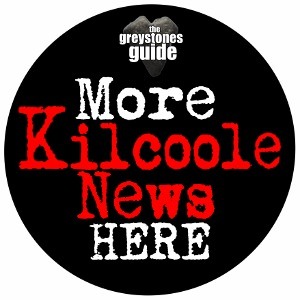 Other prizes on the night went to students from Donegal and Meath, but, since they’re technically runners-up, who cares…?

Congrats to Luke, and to Coláiste Chraobh Abhann. I’m sure Ruairi will give everyone Friday off, to celebrate this momentous occasion.

Fair play to ya, Ruairi! Now, if you wouldn’t mind have a quick look at global warming…