You Gotta Row With It 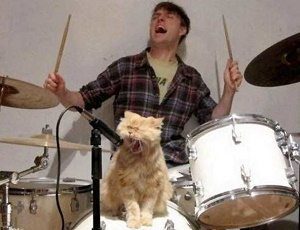 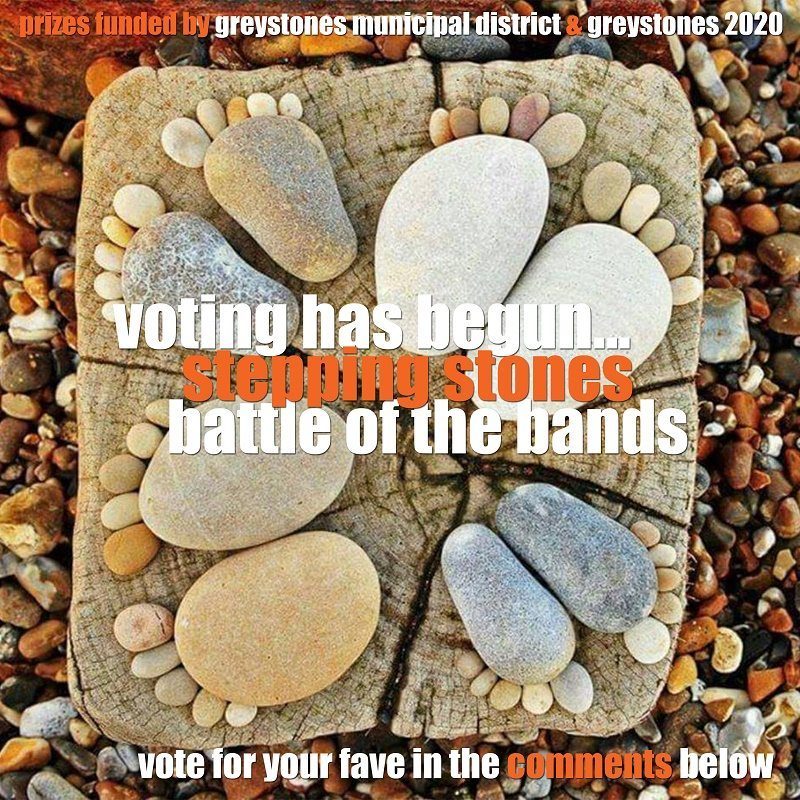 With €1,500 worth of prizes, the Stepping Stones Battle of The Bands could prove a giant

leap forward for some lucky local 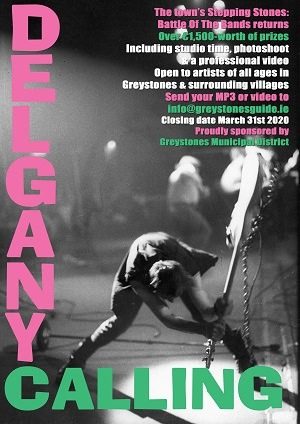 Covering the Greystones municipal district (Kilcoole, Delgany, Newcastle, etc), the competition is open to solo artists, duos and bands of

any shape, size or age.

Just no ukuleles. That crap’s over. Finito. Well and truly kooked.

The main criteria for entering is, hey, you just need to be taking those first steps towards rock’n’roll superstardom.

Which is where Stepping Stones comes in.

You can find out all about those prizes – including studio time, video

shoots and a major support slot at The Hot Spot – right here. In the meantime, feast your ears upon the entries themselves below.

And then vote for your favourite in the comments section.

There will be both a judges’ prize and an audience prize, with a live final for the latter in The Hot Spot at the end of

the winner will be announced on Friday, May 5th.

So, if your beating heart needs to be heard, send your track – on MP3, soundcloud, YouTube, etc – to info@greystonesguide.ie, along with a pic and a small bio.

Being Greystones, we got four new entries on the very last day – you’ll find these lazy rock gods just at the top of the pile here… 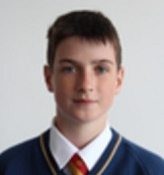 Adam Leddy 9 Crimes
Performing one of his all-time favourite songs, 14-year-old Adam Leddy enters the competition mere hours before the doors shuts with this cracking cover of Damien Rice’s 9 Crimes. Hailing, like all-female 5-piece Taken below, from Carrig Temple School, Leddy manages to pack a punch with just a piano and his haunting delivery.

Give 9 Crimes a listen, and then, go vote in the comments at the bottom of this page. And be quick about it.

It’s hard to believe that multi-instrumentalist James Fennell is just 11 years old, but this Greystones lad is very much your Grade A one-man band. As James demonstrates here on his cover of the Billy Joel classic Piano Man.
Over to James. ‘Hi! I‘m James Fennell, an eleven year old boy from Greystones who loves to play, listen to and sometimes compose music. I started playing piano when I was six and I study classical piano at the Royal Irish Academy of Music in Dublin. Back in Greystones, I take lessons with Stuart Crampton in Greystones Studios – to keep up my rock, pop and jazz! I especially love jazz and am really looking forward to the Sligo Jazz Summer School in July.

Be the jiggers – what a kid. Check out James’ Stepping Stones entry below, and then go vote in the comments section right down at the bottom of the page. Or else.

An all-female five-piece band straight out of Temple Carrig, Taken comprises of Tara Dempsey, Emily Ralph Lewis, Kate O’Neill, Anastasia McAndrew and Katie Moran Brennan.
In their own words, the group ‘often perform mash-ups in concerts and buskers corner in our school. We decided to write this song to convey one message; hope. Mental health in teenagers has become a huge issue recently, and so we decided we wanted to help in any way that we could. Music is often many people’s refuge. We hope this song will help others around us.
‘Listen to the lyrics, and let music speak to your heart‘.

You heard ’em. And if you feel the love, go vote for Taken in the comments section below…

Emily Beattie Big Black Horse And A Cherry Tree
Just 14 years of age, singer/guitarist Emily Beattie was inspired to take her music in a whole new direction when she heard Scottish singer KT Tunstall’s 2004 breakthrough hit Big Black Horse And The Cherry Tree.
It was KT’s performance of her song on Later… with Jools Holland that launched her career – having had only 24 hours notice when Queens rapper Nas cancelled – and it’s therefore somewhat fitting that Emily should enter our Stepping Stones competition as it faces into its final week.

You can check out Emily’s performance of Big Black Horse And A Cherry Tree right here. And then, hey, scroll down and vote in the comments section…

This 4-piece band from Kilcoole comprises of Evan Bruton, Danny Bradley, Adam O’Sullivan and Neil Greene, with their influences, they say, ranging from Pixies to Neil Young and on to Foals.
Going through many line-up changes since their 2014 formation, Feuds settled on their current sound, and lineup, just last year.
Having released the EP Lost Again, it’s the band’s acclaimed new release, Stay Here (dubbed an ‘Indie Pop classic‘ by musician.ie), that has been entered into Stepping Stones.
And it doesn’t take long to realise why.
About 20 seconds, to be exact.

Comprising of Gary Hackett, Robert Bates, Matt Keating and Jordan Cullinan, The Chequered Sleeves hail from Greystones, having formed at the beginning of 2016 primarily as a covers band.
Naturally, the band grew tired of making other people’s songs sound good, and have been concentrating on their own material in recent months.
As to influences, the band cite Black Sabbath, Thin Lizzy, Rory Gallagher, Gary Clarke and Joe Bonamassa among their musical heroes.
With hopes to record and tour the country this year, some Stepping Stones glory could be their ticket to ride…

Hailing from a musical family that includes the infamous Uncle Eoin, Niall Woods has been working on a collection of songs about his hometown of Greystones.
The song cycle is, he explains, “supposed to start off longing for distant adventure and end up longing for home“.We all know that feeling.
With different genres for different local landmarks – trad for Dann’s, jazz for The Hot Spot, techno for Club Life – Niall is keen to flex his musical muscle as much as he can for his upcoming concept album.
And here’s a taster…


Next To The Attic God’s Sake

Having been together for almost 2 years, Greystones 5-piece Next To The Attic would appear to know what they’re doing, if the mighty God’s Sake is anything to go by.
With Eoin on lead vocal & guitar, Seán on guitar, Matt on bass, Richard on drums and Nick on any guitar that might be leftover, Next To The Attic were lucky enough to have their song recorded and mixed by upcoming studio kingpin Pete O’Neill, whilst the video below was directed by Matt, whilst the song itself was written by lead vocalist Eoin.
Who, it should be noted, has one Al O’Donnell hanging out of his family tree.
The oul’ folkster would be proud…

Taking on that much-loved chestnut from the late, great Leonard Cohen, Greystones duo Sam Cox and Lauren McBride plainly have balls.
Big balls.
The fact that they manage to make the song fit them like a much-loved old raincoat is testament to the power of both the song and this duo’s commitment to it.
And just in case you’re wondering, that’s Lauren on the left, with the serious chops, and Sam on the left, with the serious attitude…


Vote for your favourite below. And then go send us your song, to info@greystonesguide.ie. More info here. 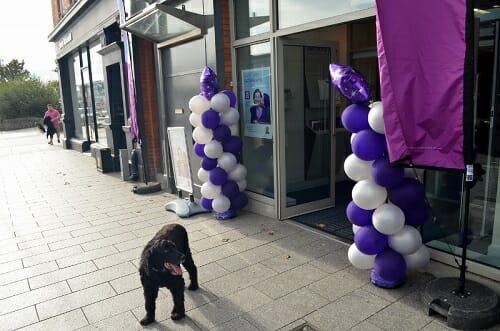 AIB Donate To A Grateful Eight 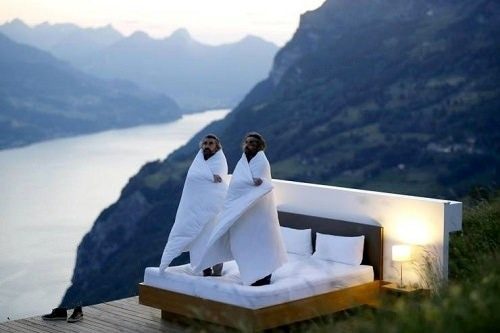 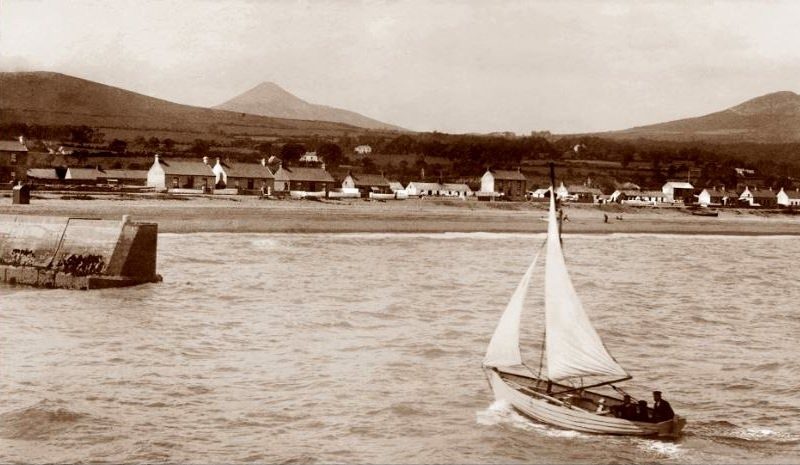