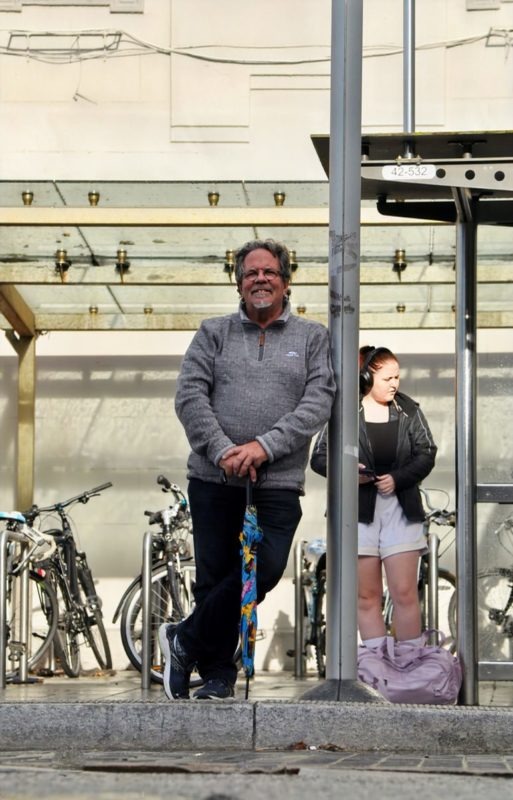 rom the minute we set up the camera to take a few photosnaps of the bould Dessie O’Toole, the farewells began. 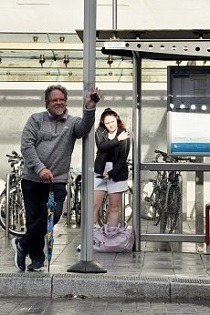 People shouted from across the street, others stopped to shake his hand or give him a fist-bump.

Others pulled up at the Greystones train station bus stop in their cars, got out and gave Dessie a handshake. Or a fist-bump, depending on the car.

Yep, after 47 years, Dessie O’Toole is handing in his Dublin Bus badge – and his old CIE badge – this Friday, with his very final journey behind the wheel coming to an end at Bray train station around 1.30pm. 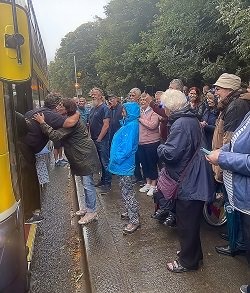 His final 84 bus journey took place on Sunday, and as the rain came pouring down, Dessie assumed that not too many people would be out to wave him goodbye. It took the man over an hour to get out of Kilcoole, there were so many well-wishers.

And when he finally pulled into Greystones, with sirens blazing on the garda car and the fire engine that heralded the man’s arrival, “Sure, there were loads of people again!” says Des. “Waiting to say goodbye to me – to me! – in the pissing rain. 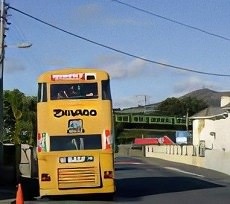 “When I got home, I pretty much cried. It was wonderful to see so many familiar faces…”

Then again, for almost 50 years, Dessie O’Toole has been a familiar face to pretty much everyone who’s ever stepped onto an 84. Just as the man had picked up the young, eager CBS-bound GG at the end of Blackberry Lane in the 1970s, he brought our daughter Lucy to school in the 1990s. In some cases, it’s been three generations. 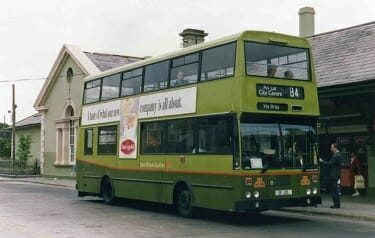 And once you saw that happy face behind the wheel, that wavy hair flapping in the breeze of the open doors causing those trademark earrings to go jingle-jangle, sure, how could anyone ever forget Dessie O’Toole?

There’s also the little matter of his remarkable charity work down through the years, from being one of the very first fundraiser for the Wicklow Hospice to the famous Bus Walks from Wicklow Town to Bray seafront, the motorbike rides for Suicide Or Survive, 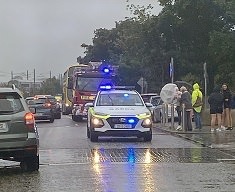 and on and on.

On this sunny and rainy Tuesday afternoon in Greystones, we decided to find out just what it’s been like to have people talking behind your back for 47 years.