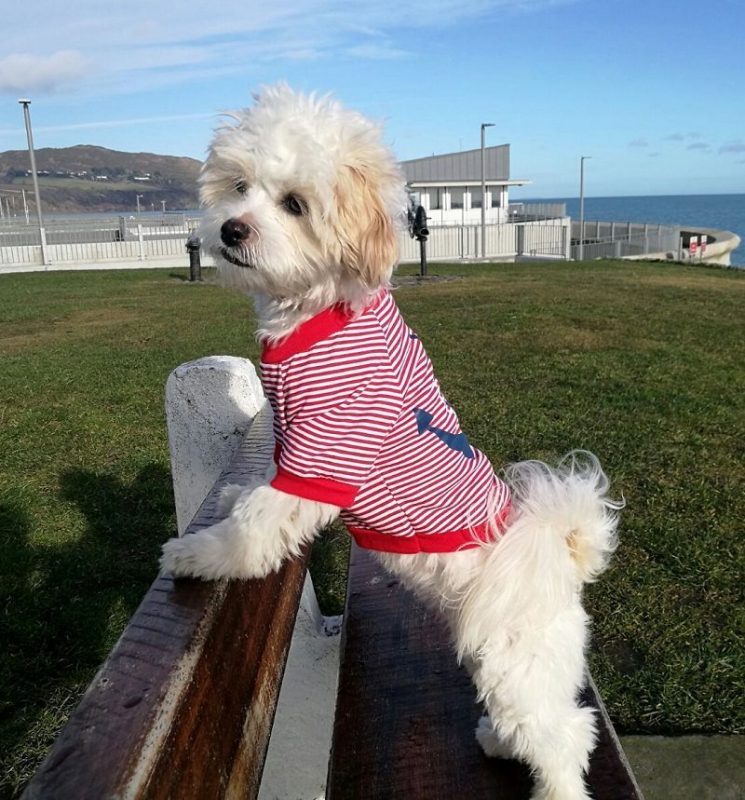 Given just how many people in Greystones love, cherish and obey their 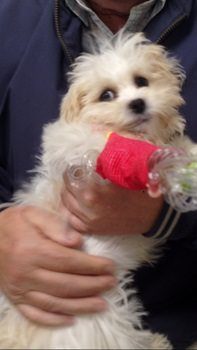 dogs, everyone will understand how Charlesland resident Emma Tagliarino went far above and beyond 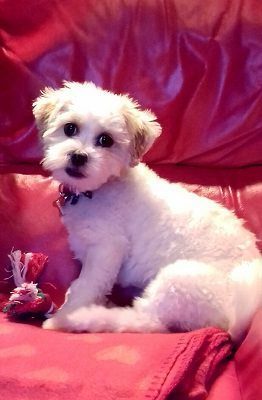 It was last November when Bonnie was rushed to UCD Veterinary Hospital after a collapse revealed major liver failure.

Today, Bonnie is, as you can see above and right, bonny as all heck. Back in November though, it was touch and go, as this little – excuse our language – Bichon Frise didn’t

respond to her prescribed medication, and collapsed at home once again.

Bonnie spent two weeks in hospital, and I visited her every day. Staff at UCD were fantastic and looked after her so well. Further results confirmed a liver shunt. She had an abnormal blood vessel outside her liver. We were told surgery was the only option, but it would be complicated because they could not see her portal vein on scan.

The operation was going ahead but I had to be aware that, if the surgeons 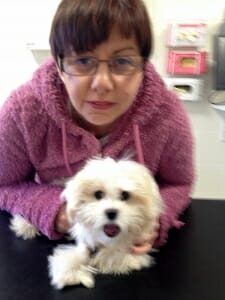 couldn’t find the vein, Bonnie would have to be put asleep. Professor Kirby, Bonnie’s surgeon, met me before surgery to explain the procedure; she was amazing. Then, a few hours later she rang again and delivered the news we had been hoping for – the surgery had been a great success.

The surgery seems to have transformed Bonnie too, going from, says Emma, “a dog that could barely walk to a dog that loves running, playing and daily treks“.

As to the moral of the story – beyond loving your dog more than your next of kin, of course – is simple; when it comes to insurance, always, always read the small print. And make sure you know really good people, such as UCD’s Professor Barbara Kirby.

Have known.Bonnie since her first day with Emma and saw how good they were together, also saw how devastated she was by Bonnie’s condition. The sense of helplessness she felt was only further aggravated by the insurance company”s stance. However, as the saying goes, “all’s well that ends well”!

I work with Emma and I can vouch for just how upset she was. It’s been a dreadful situation made so much worse by the stress with the insurance policy. I’m delighted bonnie pulled though. Emma is so relieved and it’s fantastic to see them so happy.

I met Bonnie and Emma while out walking. She really is a beautiful dog and so so pretty.

Emma just adores her. Hope to meet you both again.

Was Greystones Visited By Dickhead Aliens…?