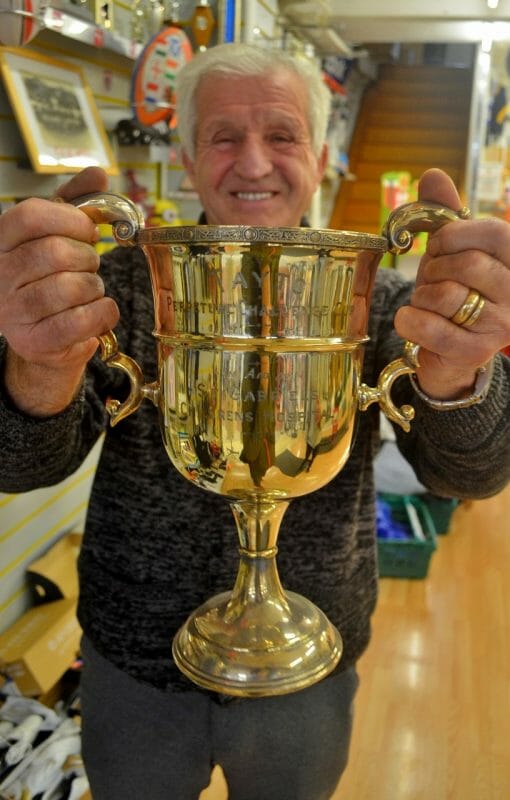 You think you know someone…

And then you stop to take a look at their life story, and, bejiggers, a whole afternoon can just whizz

In the case of Mick Power down at Greystones Sports Centre, those memories are 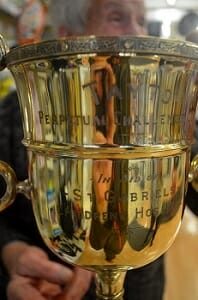 helped a little by a wall full of trophies, newspaper clippings and family photos with sporting legends.

Which is pretty much what Mick himself came to be, at least on a local level, his skills as a footballer – and later, a manager –  going some way to explaining all the glittering memorabilia.

The reason we swung by this afternoon is the closure of the Greystones Sport Centre. After 33 years of helping young players take another step to the winners’ podium, or just finding the 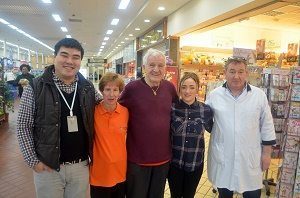 right set of wheels for the right Greystonian, this long-standing shop is about to pull down the shutters for the very last time…

Mainly because Mike can spend more time with his beautiful wife, Ashling.

There are bargains to be had, of course. More importantly, you still have a chance before 2018 really kicks in to bid Mick a fond farewell.

As so often happens with GG, our initial plan for a 5-minute chat went on a little longer than that. Much longer. But then, a good life is hard to sum up in mere minutes…

Just What The Good Doctor Ordered