The patron saint of shoemakers' little hideaway down The Grove 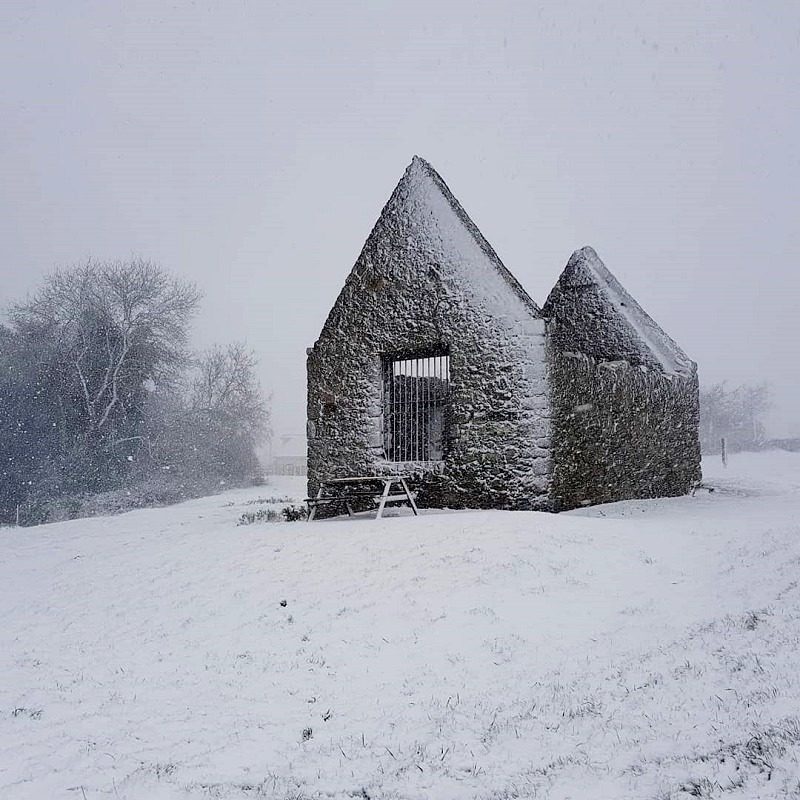 espite the fact that GG has lived here for over half a century, 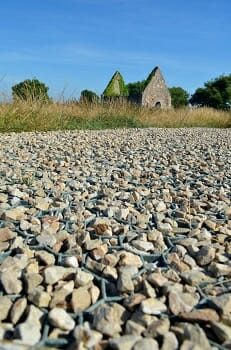 it’s much to our shame that we never actually made it down to St Crispin’s Cell until today.

Not exactly sure why, especially given that there were plenty of times over the years when we were within a Scholl’s throw of this perfectly formed little chapel.

When we did finally make it down this afternoon, the second thing that struck us – after that beautiful, perfect form – was the smell.

It was as though Bob Marley had just farted.

And that’s when we noticed the three teenagers inside this sturdy little ruin, being highly creative with some Rizla.

Our first thought was that old St Crispin would be rolling in his grave. But then, we realised that that’s pretty much what these young Greystonians were doing.

Still, before the pics, a little history.

St Crispin was actually the patron saint of shoemakers – hence the Scholl reference, 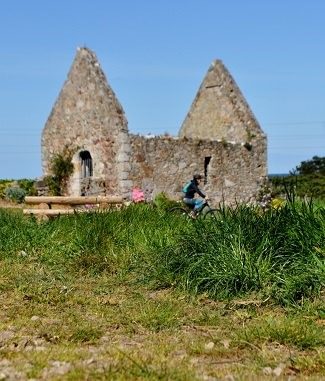 comedy fans – having come to some fame after Willy Shakespeare namechecked him in Henry V. Before you could say Holy Crocs, people were naming buildings after the man all over the place – including, it came to pass, in deepest, darkest Greystones.

Our small St Crispin’s Cell was built somewhere around 1530, and was most likely a chapel for the nearby Rathdown Castle. 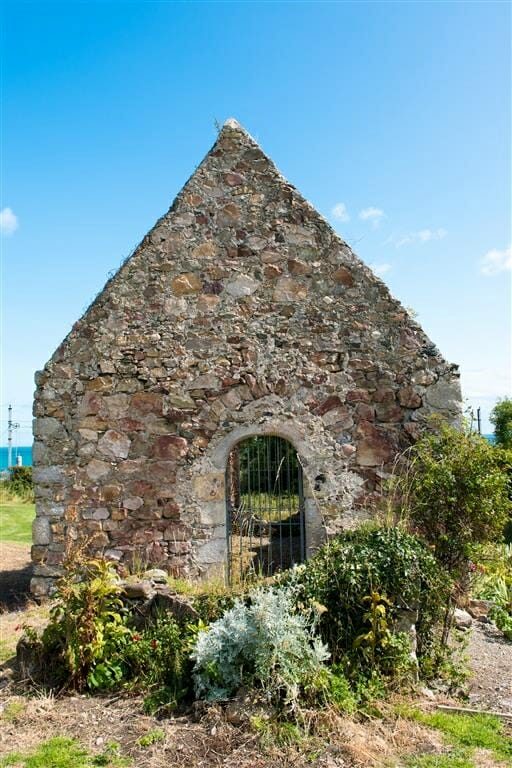 The latter, tragically, is no longer with us, although its stones may be, the most popular theory as to the castle’s disappearance being that it was scavenged by one Captain Tarrant, a rogue who deconstructed the castle so he could build his nearby farm. Which happens to be still standing, being the first building you meet as you enter from The Grove and into the field that houses St Crispin’s. 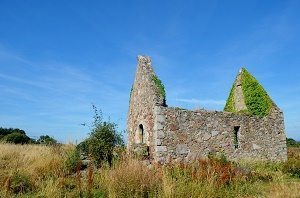 chapel somehow survived, and is now protected by the state. Some tender loving preservation work by many locals have helped St Crispin’s Cell stand tall to this day. 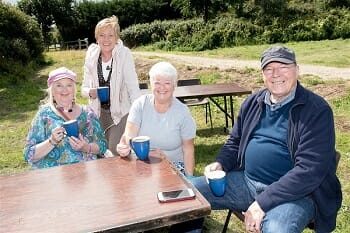 which is situated handily nearby, for those who might like to wile away an afternoon in this secluded spot.

One of the finest ways to begin or end The Cliff Walk – there’s an access point across the railway lines just 20 metres from The Grove entrance – St Crispin’s Cell is a little wonder.

As these pics and de video prove.

Shout-out to Brian at Bear Creation for the incredible snow shot above. Sweet as.

They just might try and sell you some magic beans. Or a 17th century picnic bench. 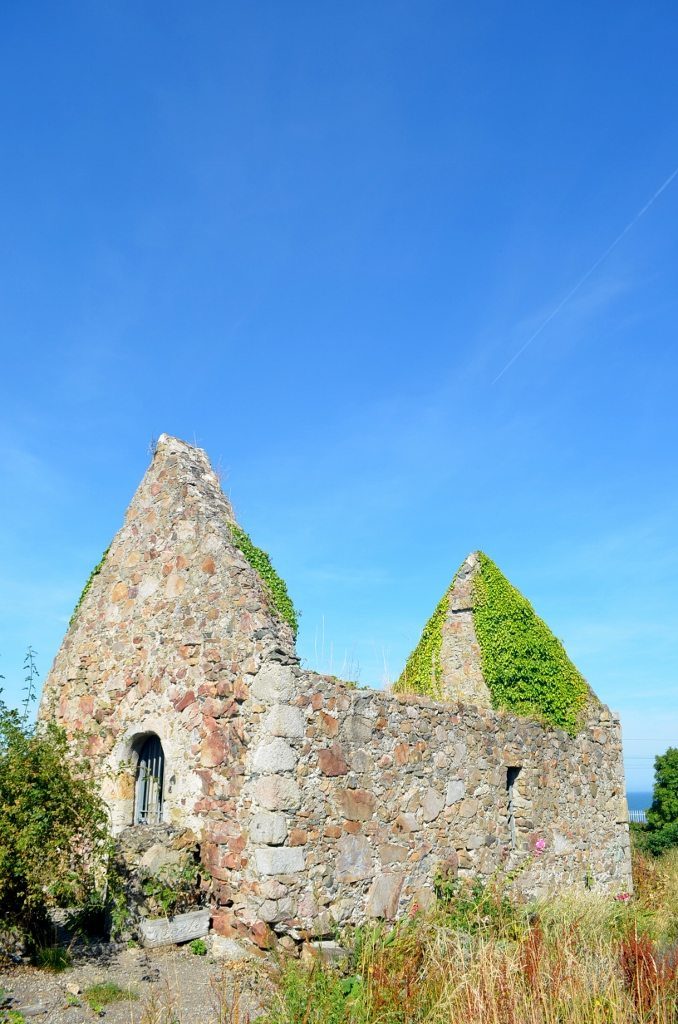 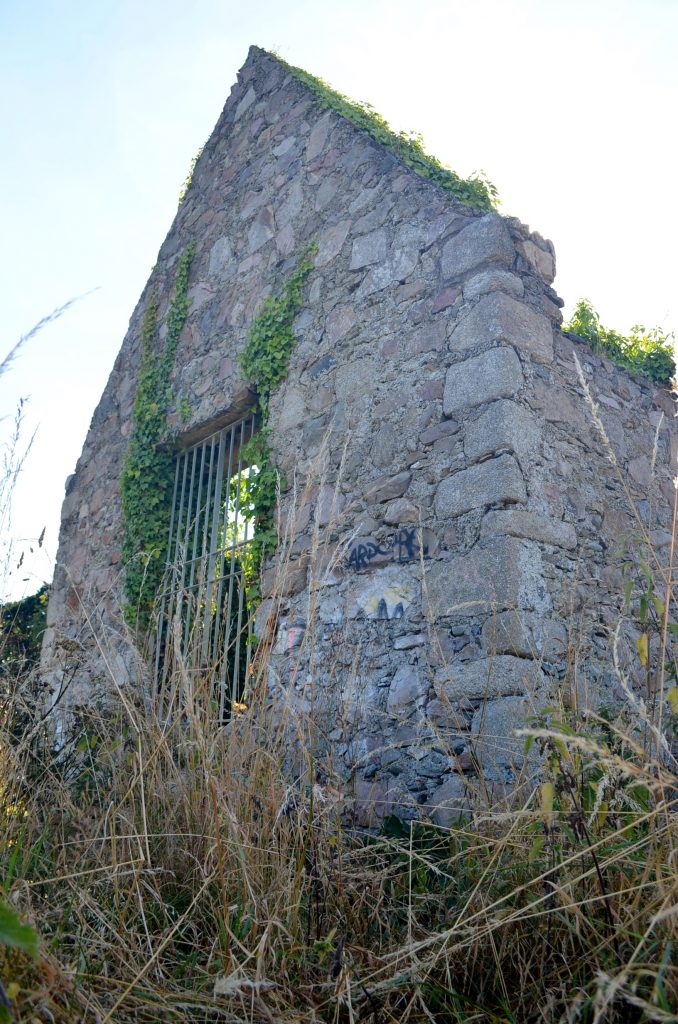 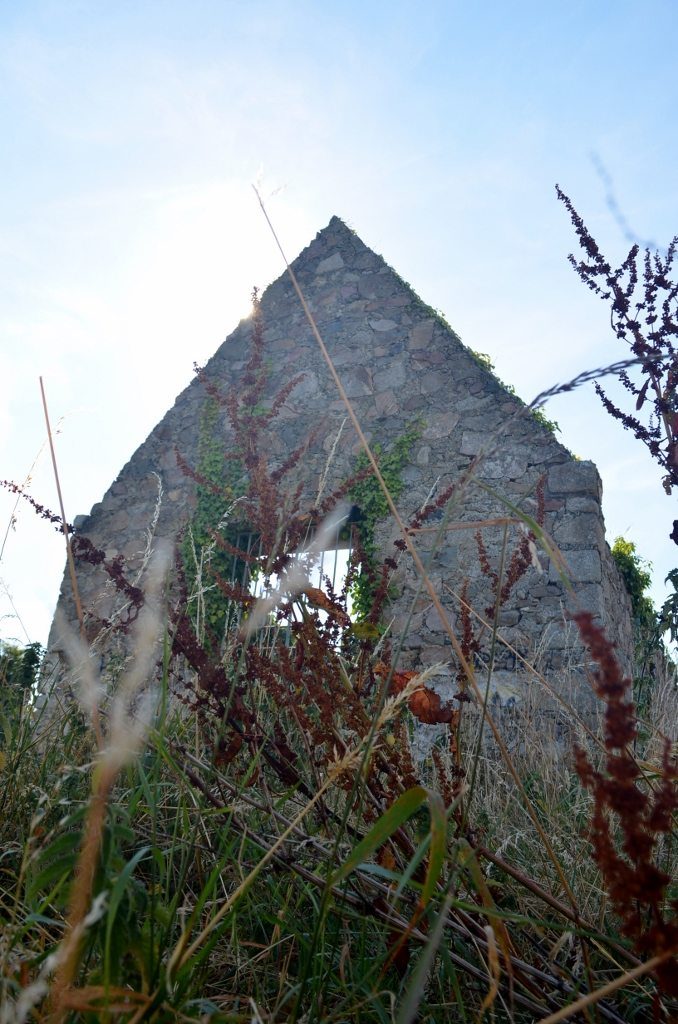 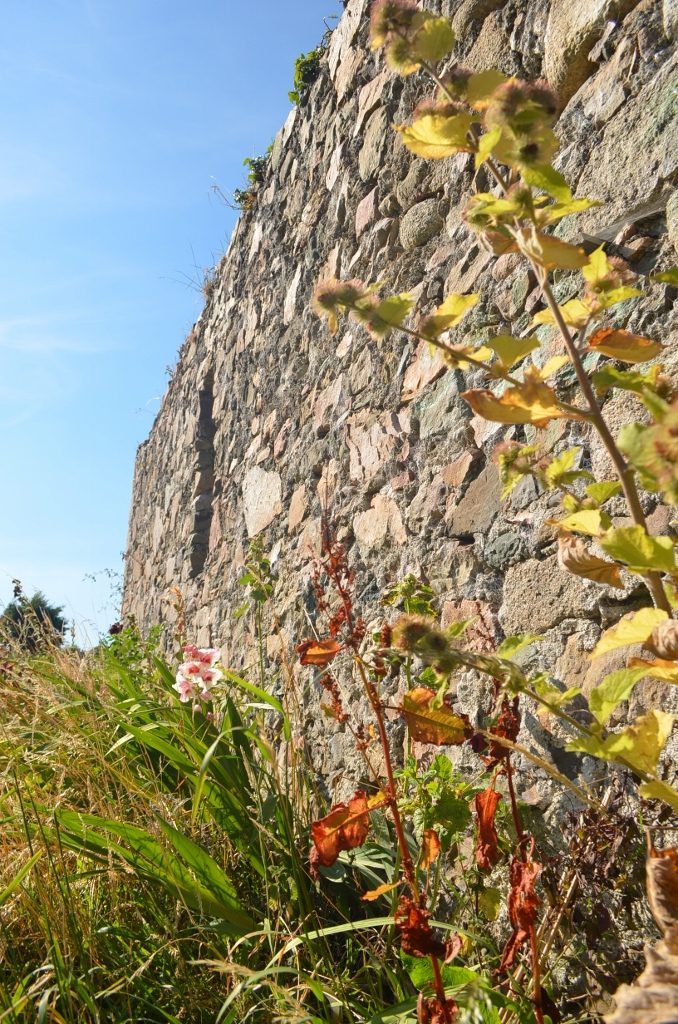 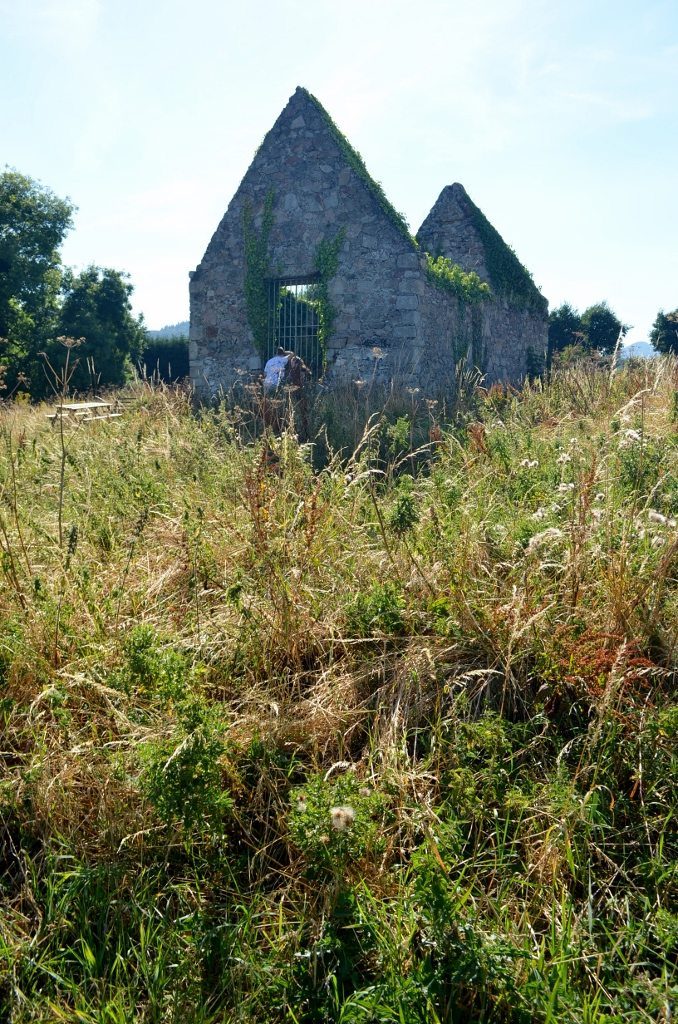 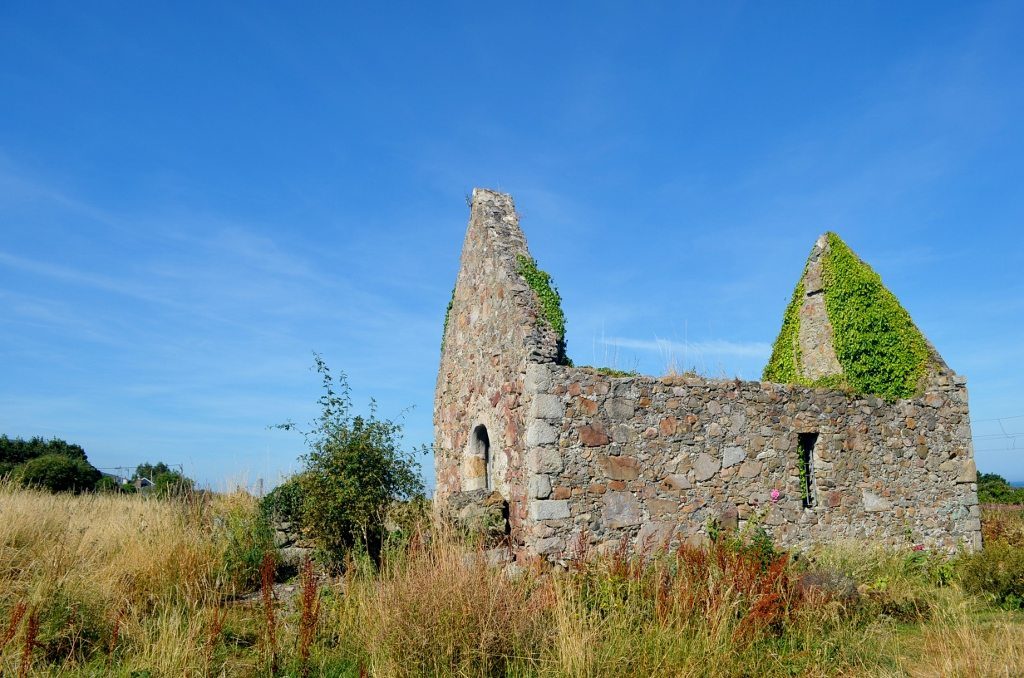 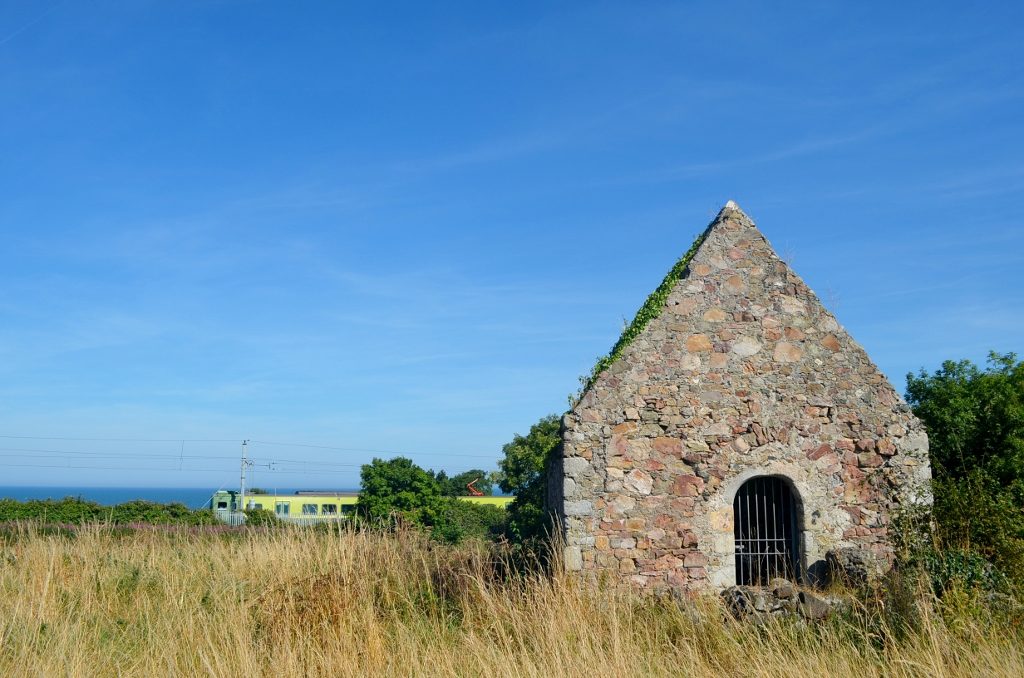 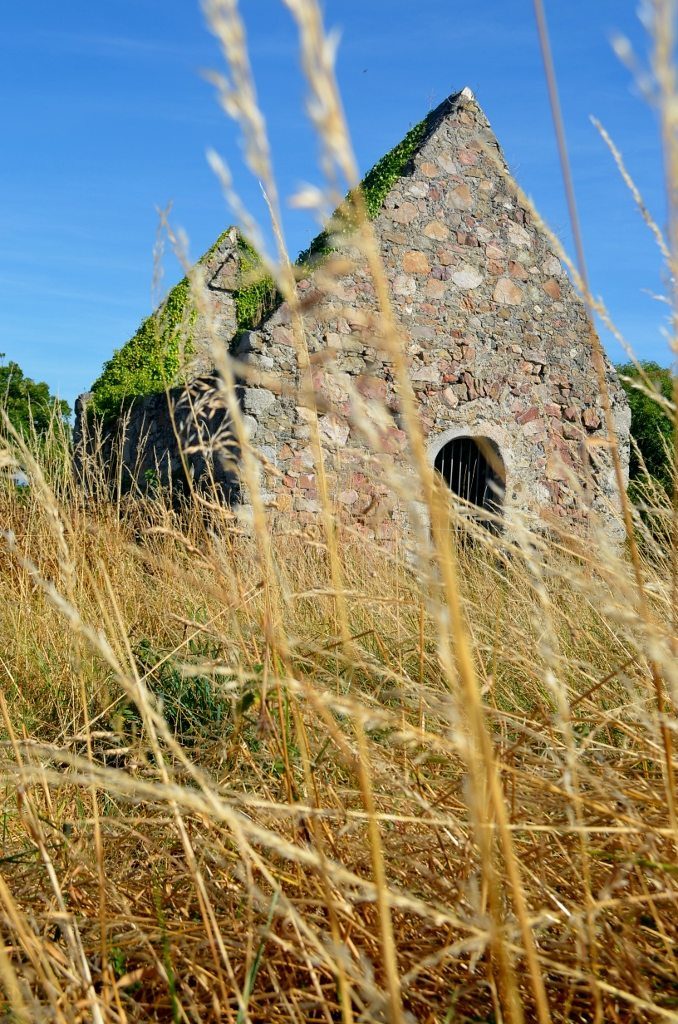 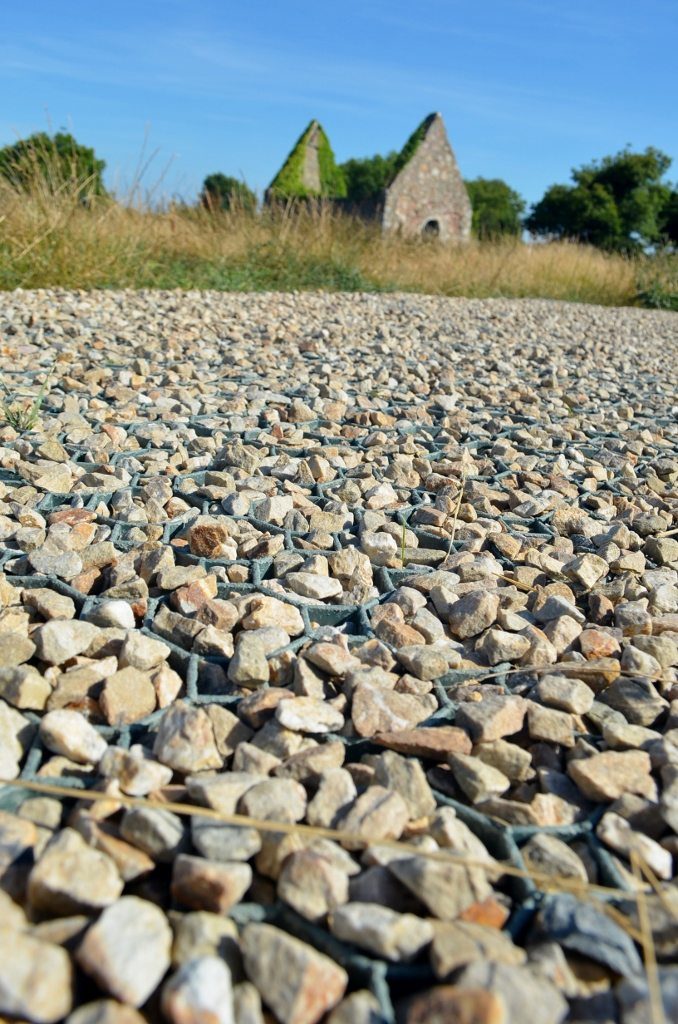 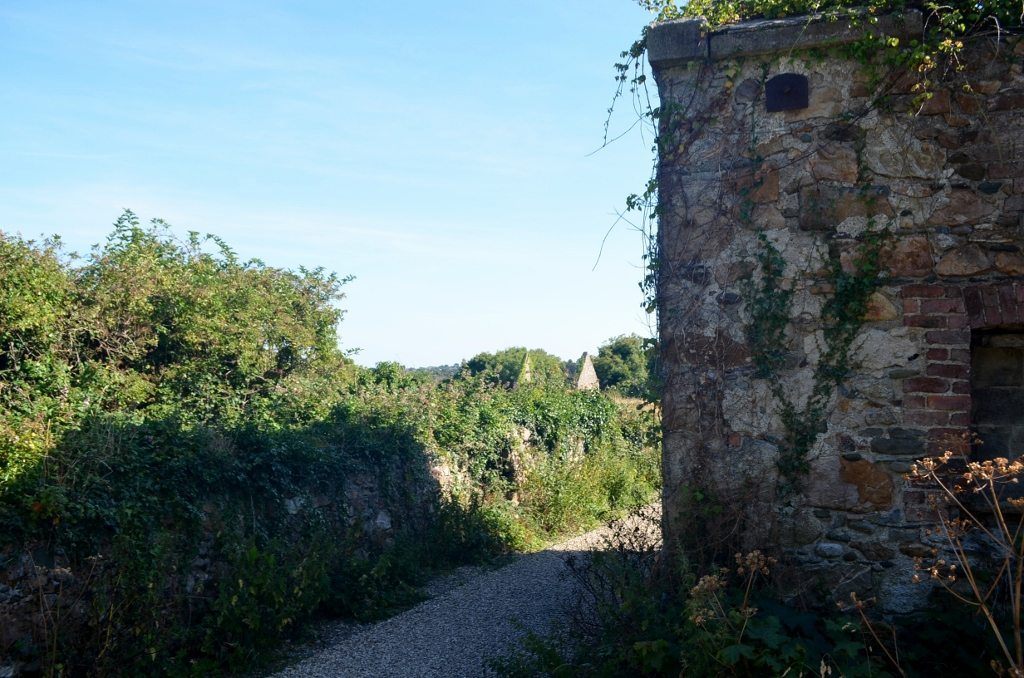 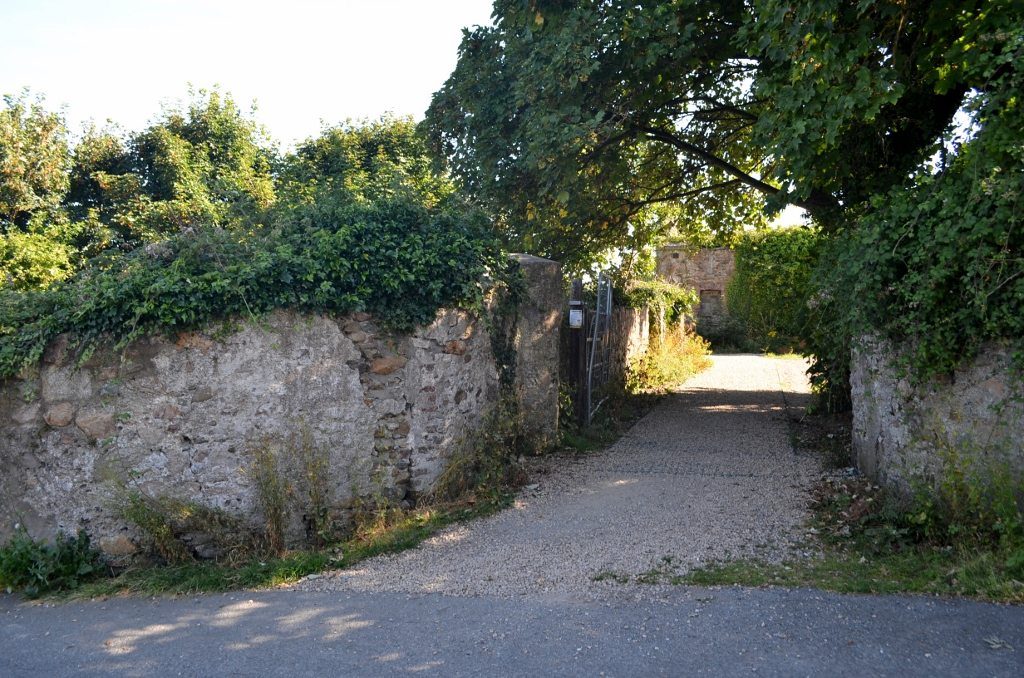 A great opportunity to look for and dig up the old headstones. It’s well known that Captain Tarrant cleared the area around the church of headstones and buried them all together to the east of the cell. Having been protected for centuries from the weather, it’s likely that some very early examples will still retain clear inscriptions, and if put on display would be a hugely interesting attraction for Greystones. Bound to be a few interesting skeletons in subterranean cupboards around there too! Greystones Headstones sounds like a good title for a song. As Mr. Zimmerman says ‘Everybody Must Get Stoned’. Just ask those kids!

Francis Neary, originally from Greystones, used to give tours of the Captain Tarrant Farmhouse and St. Crispin’s Cell during our old Greystones Arts Festivals. He suspects that some of the stones from the castle were used to line the open drains on the side of the of the road at the bottom of The Grove. Those drains are still intact and nicely done, so he could be right !! There is an old well too on the path to the sea. This area is where the original people of Greystones lived, not the town or The Burnaby. Centuries ago, these original residents had much much more land. But over the years, the sea has taken its toll. Even today, you can see that it was a magnificent site, well open to sunshine, expansive and wonderful fertile fields. There is a fabulous atmosphere still around the place.

Nice. Thanks for that, Kathleen…

I think Kathleen credits me with someone else’s work. I’m not the one who gave tours at St. Crispin’s.

I loved that place as a teenager, long before they barred the windows we used to while away the summer nights smoking dope and drinking champagne cider from Flynns whilst arguing over Oasis vs Smashing Pumpkins. Wow, 20 years ago now. Such good memories.

Nice. Stay right where you are, the Gardaí are on their way. And so are the Musical Taste Police.

Let’s hope the little blighters were careful with their lighters. It wouldn’t take much to start a wildfire.

Yet Another Gorse Fire On Bray Head