Tracks Of My Years: Mike Hanrahan

The Stockton's Wingman comes to town... 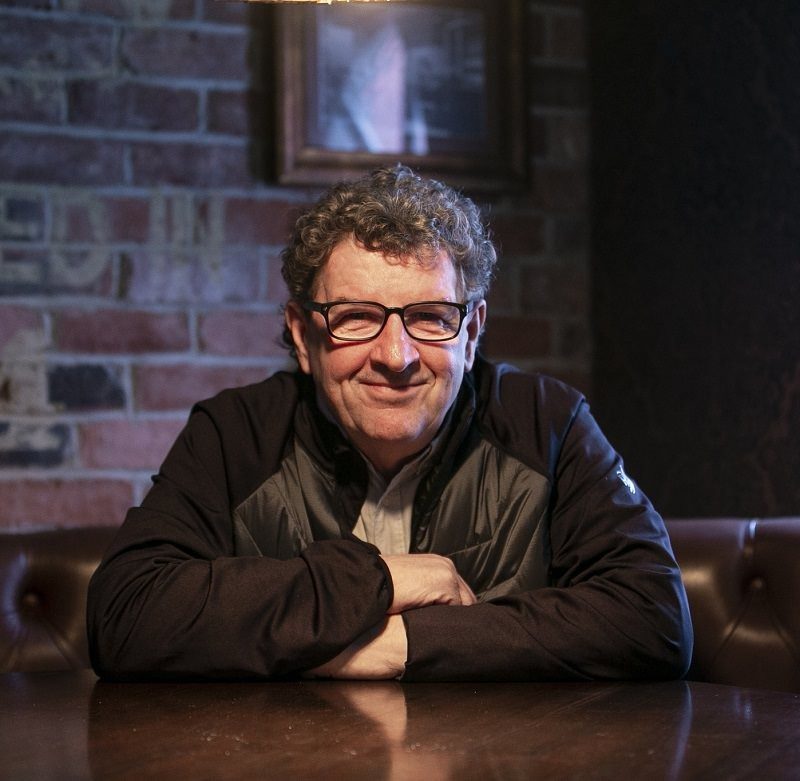 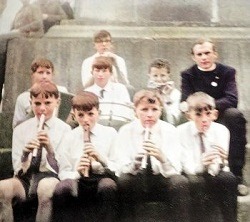 And in a career littered with full circles, after spending years working – and playing – with Ronnie Drew, on September 17th, Mike Hanrahan is coming back to Greystones. 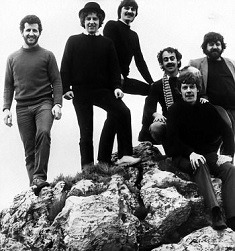 But first, let’s find out how he got from there back to here once again.

It was in 1977 that the Ennis-born songwriter, guitarist and singer made his professional debut, playing alongside Maura O’Connell in a duo called Tumbleweed. Two years later, international acclaim arrived with Stockton’s Wing, the Hanrahan-penned Beautiful Affair proving the breakthrough for the trad band. 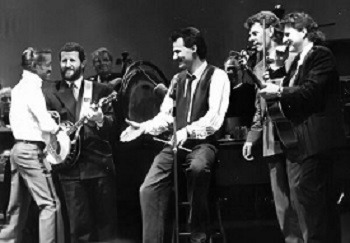 Sure, even Sammy Davis Jnr was a fan.

Going out on his own in 1994, Mike toured and recorded two albums with Finbar Furey, released his solo debut, Someone

Like You, and then found himself falling in with the Drew lad, their three resulting tours – Ronnie, I Hardly Knew Ya, The Humour Is On Me Now and An Evening With Ronnie Drew –

cementing their respective reputations. And their friendship.

In recent years, Hanrahan has worked with the likes of Eleanor Shanley and Leslie Dowdall, wrote and produced (alongside Kerry accordian icon Brendan Begley) a show commemorating the music and songs of 1916, served on the board of the Irish Music Rights Organisation for 12 years, and enjoyed a series of anniversary reunions with Stockton’s Wing.

Through it all, the live concerts have remained a constant, as have the collaborations, and Mike will be returning to Greystones on Friday September 17th at The Whale with old friend Eleanor Shanley and new buddy Rachel Grace for and Mike’s latest show, Songs And Stories, with performances at 5.30pm and 9pm. 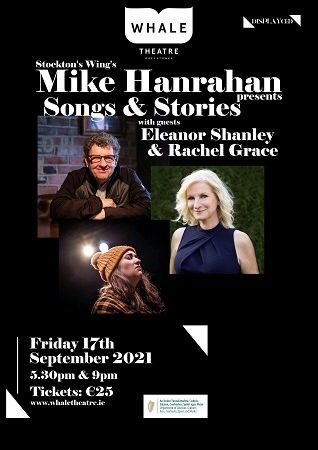 Marking the occasion, we asked Mike to reveal the songs that can make him break down and cry. And, of course, how he got into this ridiculous line of work…

I have been singing and playing music as far back as I remember.

Last week, my sister was going through my mum’s treasure chest of family memorabilia and found a certificate of me winning a band competition at Féile ns hInse. 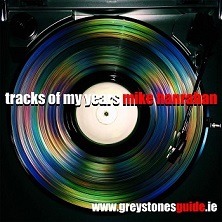 I was 9 years old, so I guess my path was drawn a long time ago.

I have been singing and writing ever since although I did take time out to pursue my other passion, food. I trained and later taught at Ballymaloe Cookery School. Food and music are the lines that keep me on the straight and narrow.

Looking forward to singing with my old pal Eleanor Shanley and new pal Rachel Grace, who I met only recently while recording a few new songs. She sang backing vocals and now we are playing a couple of gigs. How cool is that? Also great to be going back to Greystones. I have so many great memories of Greystones.

My favourite songs proved a difficult ask. I love music. I love all the new music coming from Ireland. We have so much talent here.

So, sorry in advance for not mentioning all of my favourites here….

Declan O Rourke We Didn’t Mean To Go To Sea
One of our great writers and this song brings you on a journey. Beautifully written, sad, and very honest.

Maura O Connell Down Where Drunkards Roll
I started my professional career with Maura in a duo called Tumbleweed. We sang this song, one of many from Richard and Linda Thompson. We still enjoy a deep and wonderful friendship. Could not believe this track was up there online. Gerry Douglas plays a crazy solo. Art McGlynn is in there with John McSherry. Great album.
Maura has a velvet voice – it is a gift of beauty.

Leslie Dowdall Wonderful Thing
I play a lot of gigs with Leslie and love every minute on stage. Her voice is better than ever with an amazing range of emotion. She sings from the heart and writes a great lyric to boot.

Julie Feeney Impossibly Beautiful
Impossibly incredibly talented woman with a great big heart to go with it all. We have become recent friends because of our personal situations caring for our mothers who live with dementia.

The Forget-Me-Nots Choir A River Rolls On
A song I wrote for my mum but it’s theirs now. This crew have been one of my greatest influences. They show the world that there are no obstacles too large, just little heaps to bother you on your way. These guys are the reason I now spend so much time trying to understand brain health and how best we can create an inclusive environment for everyone. Truly inspirational.

Leonard Cohen Sisters Of Mercy (Live in London)
I learned how to fingerpick from a Cohen song book. I played every song in the book and my dad would often call out after 15 songs, “Have you learned that song yet, Mike?”. To him it all sounded the same but to me everything Cohen wrote had a measure and depth to every line, sometimes every word. A total genius in my book.

Ronnie Drew McAlpine’s Fusiliers
Ronnie was my closest friend for a long time. I had a path worn down on the road to Greystones. We spent over ten years performing together, touring all over the world. He taught me much about life, art, friendship, and performance. I often closed my eyes as he sang McAlpine’s and I was transported back to my living room, 12 years of age, listening to The Dubliners belting it out from the old Phillips record player. Powerful and beautiful man.

Ronnie Drew Eleanor Shanley The Good Old Days
I asked Ronnie to sing this song from my favourite band Eels. He loved it and we then recorded a beautiful version. We had some great times together and now I get to do it all again with Eleanor at The Whale.
And no doubt Ronnie will be somewhere in the vicinity, cheering us on…

Mike Hanrahan plays The Whale on Friday, September 17th at 5.30pm and 9pm – tickets here. You can find out more about the very live Mike over on his website here.

The Return Of The King