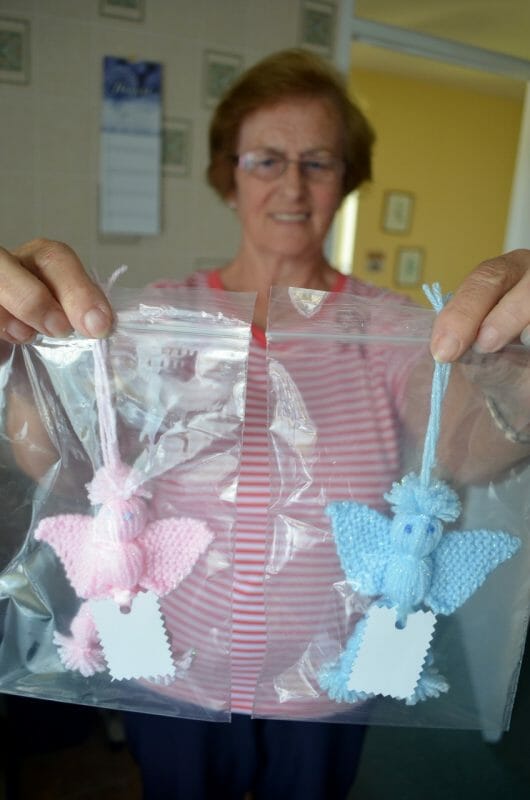 Take young Delia Barry, for example, one of the sweetest, quietest, happiest

women of our green and pleasant town.

The picture of innocence, and decency, and lights out by 10pm, here’s a woman who could make the Amish feel crazy and wreckless by comparison.

And yet, did you know that Delia spent five months wrapped around Christian Bale? Or that she has just spent this afternoon swapping needles with Hollywood actress Emily Watson?

Or how about those four months going wild in the Wicklow countryside with Meryl Streep?

Yep, the quiet and demure Delia Barry is a regular friend to the stars, my fat friends, having whipped out her knitting needles for many a major Hollywood production. From Pat O’Connor’s big-screen take on 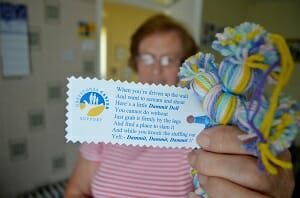 Friel’s Dancing At Lughnasa in 1998 to Bale’s first foray into fantasy with 2002’s Reign Of Fire, Gloria has been pulling the wool over many a famous actor’s eyes for decades now.

nutter rubbing shoulders with the likes of Angela Landsbury, Michael Gambon and the aforementioned Ms Watson for a new big-budget, BBC TV adaptation of Little Women.

Currently being shot up in the hills of Wicklow, Delia spent her afternoon teaching the star of Breaking The Waves, Angela’s Ashes, The Proposition and The Theory Of Everything the fine art of knitting a scarf.

Typical of Delia, all the money earned on these Hollywood gigs goes directly to her beloved Greystones Cancer Support. Talk about getting your knit together…

Find out more about Delia right about here, about Greystones Cancer Support here, and about Little Women here.

The Little Green Shop Around The Corner