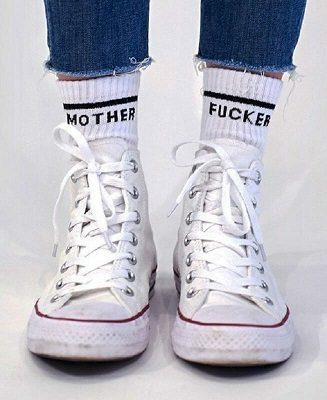 Fintan Kelly outside The Whale earlier today, it took us a good few minutes to realise the nice young man standing over to our left was actually him.

in Game Of Thrones and that menacing face looking out from underneath his hoodie on the Howie The Rookie poster, well, we were expecting someone with, at the very least, a rottweiler on a chain.

And maybe a constant stream of roll-ups, a tag on the ankle, and a suspicious-looking plastic bag.

Instead, here stood a man who looked like he actually enjoyed helping little old 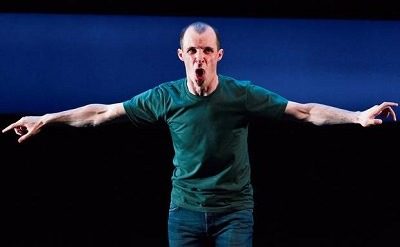 ladies across the road.

“Well, that’s the beauty of acting,” says the 37-year-old, Wexford-born Kelly, “you can be someone a million miles away from who you really are. We all have the same needs, desires, worries, etc, so, you just have to figure out where this particular person is coming from, and where they’re

going, and all your natural instincts just take over…”

In the case of Howie The Rookie, Kelly has to work out two life paths, playing both the villain of the piece, Howie, and the victim, Rookie, Mark O’Rowe’s 1999 breakthrough being a play of two distinct halves. Originally, the late Karl Shiels and Aidan Kelly played the two parts, but O’Rowe later reworked Howie The Rookie as a one-man show that Tom

Vaughan-Lawlor then cemented as the new gold standard.

Coming to Greystones on Thursday, October 10th, the latest highly-acclaimed incarnation of Howie The Rookie sees Waterford’s progressive Stagemad Theatre Company taking on a classic play for the first time, with co-founder James Power directing, the daring new production all planted firmly on the strong shoulders of a publican-turned-actor from Enniscorthy.

So, no pressure on the bould and extremely busy Fintan then, who we were lucky enough to catch as he headed to Galway for yet another production…

You can grab your Howie The Rookie tickets for Thursday, October 10th right here, and find out more about Waterford’s Stagemad Theatre Company right about here.

Blessing Of The Graves