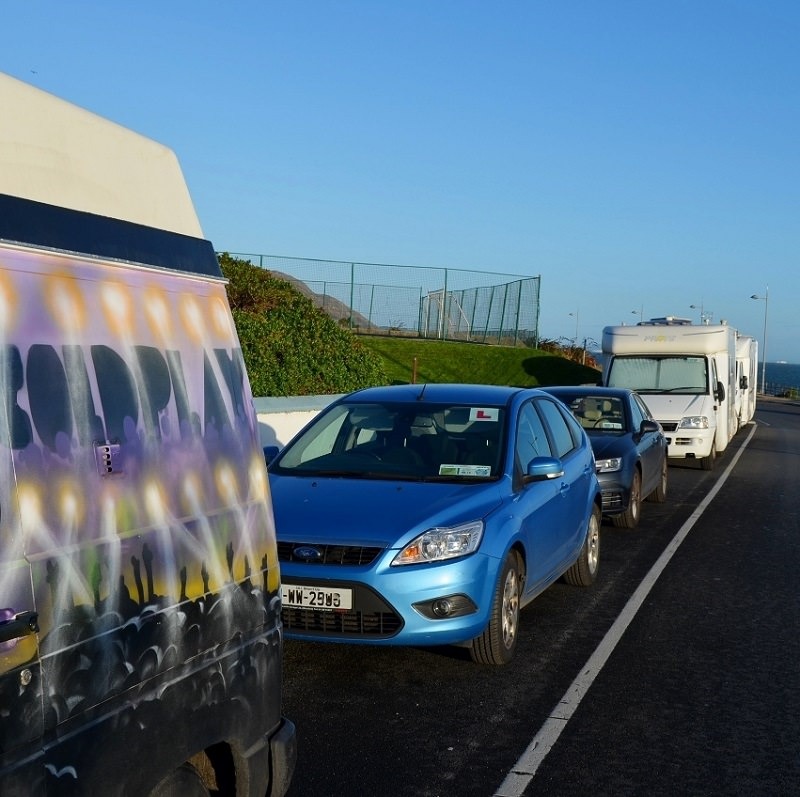 Best view in the town… 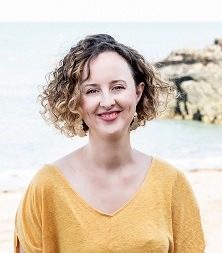 Social Democrats Cllr for Greystones, Jodie Neary, has called for clarity over the legality of campervans parking in Greystones. 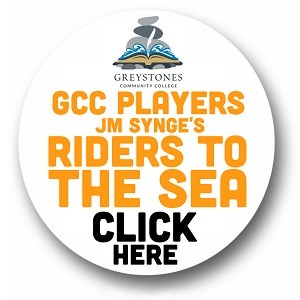 Speaking on the issue, Cllr Neary says, “It’s been an ongoing concern for residents as the number of campervans parking along Marine Road or the car park behind Irish Rail, increases as the weather improves. While ultimately there is no issues with campervans parking, the problem is when they are parking overnight, sometimes for a week or longer, when the area is not catered for longer term campervan stays.

“Some residents have reported not being able to get our of their driveways due to large campervans parking in the way, or witnessing people emptying waste from their campervans into the gutter. 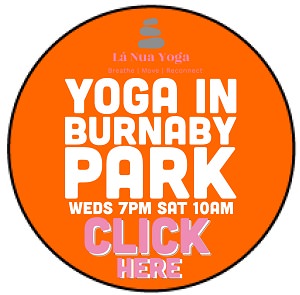 Before Covid, there was a large number of campervans in the Irish Rail car park which took over the facility rendering it unusable for locals. Campervaners were using the public toilet for washing, cleaning and hanging out their clothes to dry or again, getting rid of their waste. There are environmental concerns about this and it shows the real need for appropriate parking facilities for campervans. Currently, Greystones does not have such an area, and in fact there are very few across Wicklow. I think it would be great for tourism if there were sites allocated purely for campervans so they don’t feel the need to park along the seafront or in public car parks. 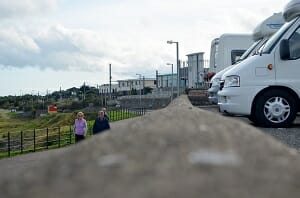 “I have enquired with Irish Rail about the gate going into the Irish Rail car park which was without a lock for a number of years. They have confirmed they will reinstate the lock and make sure their contractors close it when leaving. This will ensure that campervans cannot enter this area which is not suitable for long term stays.

“Furthermore, I have enquired about reviewing the bye-laws which currently state that campervans are allowed pretty much anywhere so long as they pay their parking fees. I’ve been notified that Bray Municipal District will be reviewing parking bye-laws and I hope they will include the issue of appropriate parking of campervans.

“I will follow up with this in due course,” concludes Cllr. Neary.

I have been living in Greystones for several years now and walk this road daily.
The campers are a total eyesore on this lovely scenic route. They do not belong here. This road is actually the best thing about living in Greystones and that the Wicklow County Council actually allows them to park is a shame and a scandal.
They spoil the breathtaking scenery for the locals and the tourists.
Campers belong on a camping ground and not on a residential scenic route.
People staying in B&Bs and Airbnb’s also spend a lot of money in Greystones. No Argument here!
If I give out about dog poo all over Greystones I am discriminating dog owners etc etc ..
Discrimination is a word that is often misused, especially when the arguments run out.
No argument here either.
A big NO to campers who want the best view available for cheapest rate possible or free!

In the last three years living in greystones and regularly walking down marine drive, I’ve never seen a campervan stay longer than a day or two.
Methinks a case of moany myrtles doing what they do best.

That cllr nearly has no concept of the money spent when camper vans spend in local shops pubs etc.c.t. sad.

It is definitely high time that camper vans are not allowed to park along the Marine Road.
They are too high and too long, taking up the space of two cars. The locals drive around in circles looking for a free spot. I feel sorry for the older folk of Greystones, who just want to sit in their cars and look out to sea!
But never find a parking spot.

Such discrimination! If they vehicles are taxed, tested and insured they have as much right to be on the road as anyone else. All you need to do is to (a) introduce a charge and a maximum stay for ALL vehicles; (b) enforce it and (c) provide a basic place for motorhomes to park overnight for between 24-48 hours (no electricity – just somewhere to empty waste and fill with water). Then sit back and watch the money roll in – look to Cobh and Graignamanagh for how it should be done.

Exactly, Graignamanagh reckons their camper parking generates an additional €1.5 million per year for the town and you can add just about every second village in France (obviously they don’t do it for a laugh).

I park my camper on the seafront. I have never blocked a gate, emptied waste or stayed more than a couple of nights.

What I have done, however, is spend money in local shops, pubs and restaurants, normally at least €100 per day.

Throughout Europe campervans are welcomed, facilities are provided and the revenue they provide appreciated.

May I suggest that Cllr. Neary focus on providing facilities for campervans thereby generating further revenue for the town rather than try to discriminate against a sizeable and growing tourism sector.

We have wheels, if we’re not welcome we will just drive on and spend our money elsewhere.