Heart Of Glass: The Early Years 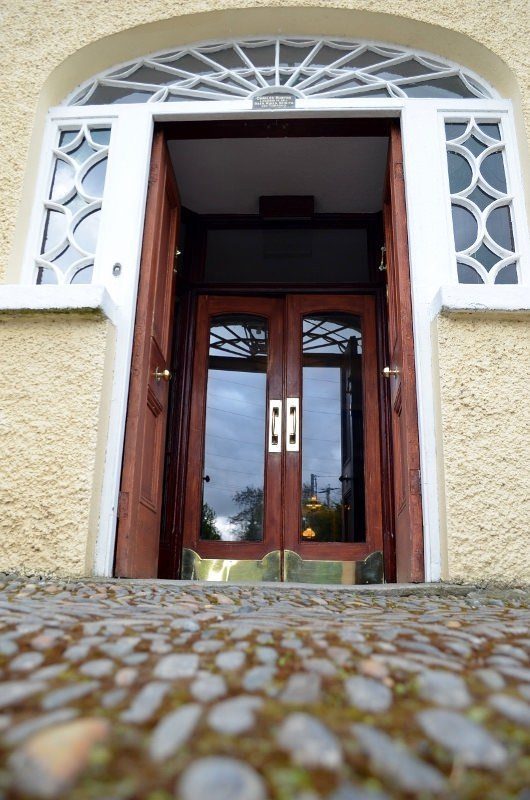 uite a few of the hand-carved inscriptions are hard to read now – but, then again, some are 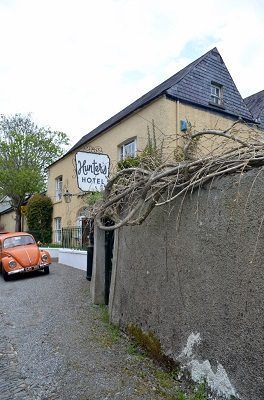 cruising towards their 200th year anniversary.

So, a little wear and tear is to be expected.

Especially in a busy little hotel that’s rightly regarded as one of Wicklow’s finest.

Ireland’s oldest coaching inn, Hunter’s Hotel is a little slice of untouched history sitting pretty on the old road between 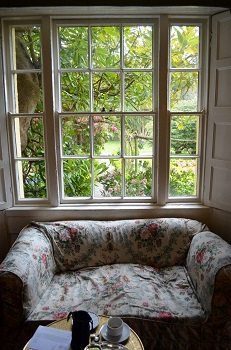 Newcastle and Rathnew. And quite a chunk of its remarkable history can be charted, bizarrely enough, through its windows – where declarations of love and signatures have been carved into the glass over centuries.

Visitors would use their diamonds to leave their mark, and many of those inscriptions are still there today. Almost 200 years later. 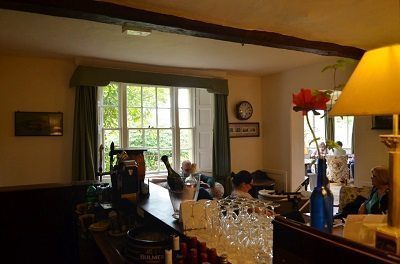 We were told the earliest verifiable inscription was dated 1807. Holy.

Operated by the Hunter/Gelletlie family since 1825, the hotel itself first came into existence circa 1650. Built on land held by Sir Abraham Yarner, of Clonmannon Estate, at a time when this was the main Dublin to Wexford road, the one-time forge gradually became the Newry Bridge Inn.

Serving as a Post House, where travellers rested and changed horses, the original stable yard and kitchen are still in operation today.

Over the years, the hotel changed hands, Mr. Daty Rose becoming the proprietor in the mid-1700s, his son William succeeding him before one P. Cole took over for a short period in 1790. Shortly after, it became known as the Newrath Bridge Hotel, or, sometimes, Nolan’s Hotel, after the lease was purchased by William Nolan. Sadly, Mr Nolan drowned in

the nearby Vartry River while watering his horses, and it was a butler, John Hunter, and his housekeeper wife, Catherine, who obtained the lease on the hotel in 1825, along with the stable yard and seven acres of garden, purchased from the landlord, Henry Tighe. 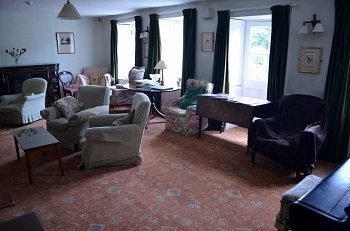 A recommendation in Hall’s Ireland, in 1841, stated, ‘We strongly recommend Mr Hunter’s Inn at Newrath Bridge, which is, according to our experience, the most comfortable in the country‘ – the first of many such slaps on the back. Over the coming years, William Hunter would obtain the Wooden Bridge Hotel too, running both until his demise, when his son 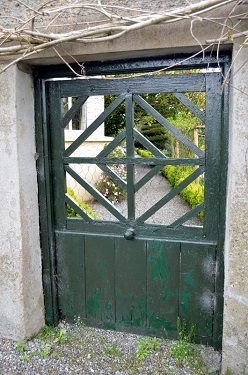 Robert took over Newrath Bridge, whilst another son, George, took over Wooden Bridge.

Maureen managed the hotel right up until her passing, aged 91, in 2010, with her two sons, Richard and Tom, now at the helm.

Today, once you step inside the lobby, it’s not difficult to see why this local landmark has lasted so long – and why it was recently voted one of Ireland’s Top Ten Most Beautiful Hotels by the Good Hotel Guide 2016. 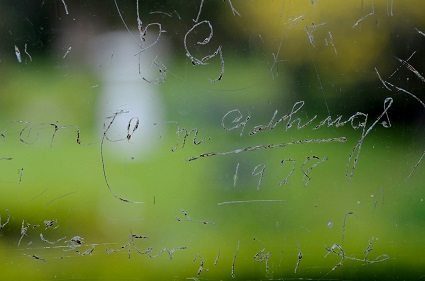 The real beauty of Hunter’s Hotel is the fact that it’s pretty much the same today as it has been for centuries. And the proof of that is pretty much everywhere you look, engraved into those window panes.

We spotted a few from the 17th century inscriptions as we took a stroll around inside, whilst others were just a little too faded to date.

And we wonder if the M Gethings from 1928 might be related to the Gethings of Greystones…?

Either way, every pane, every scratched epitaph, every declaration of love, tells their own story here… 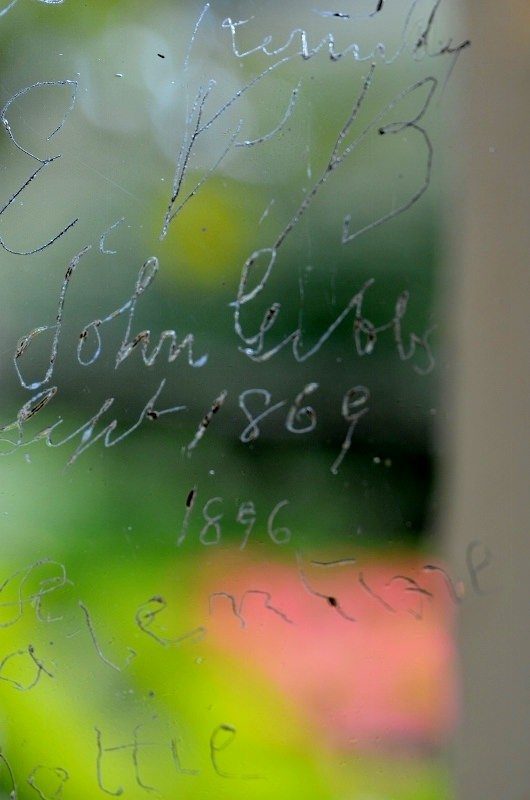 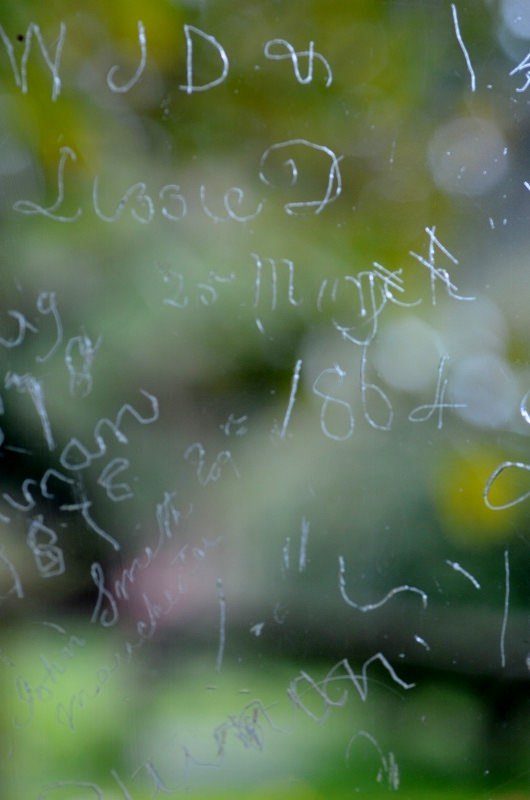 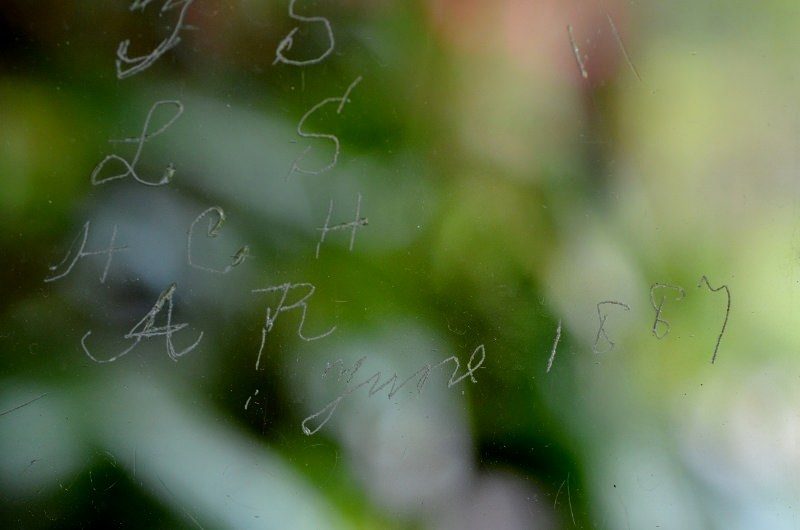 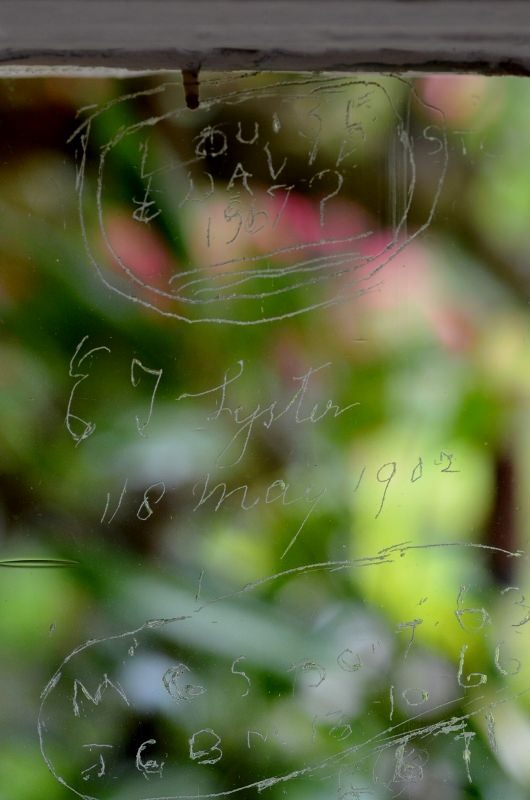 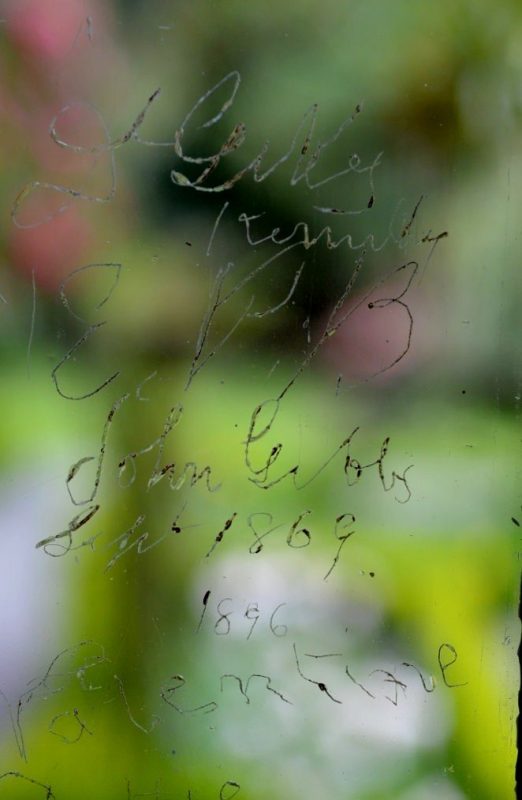 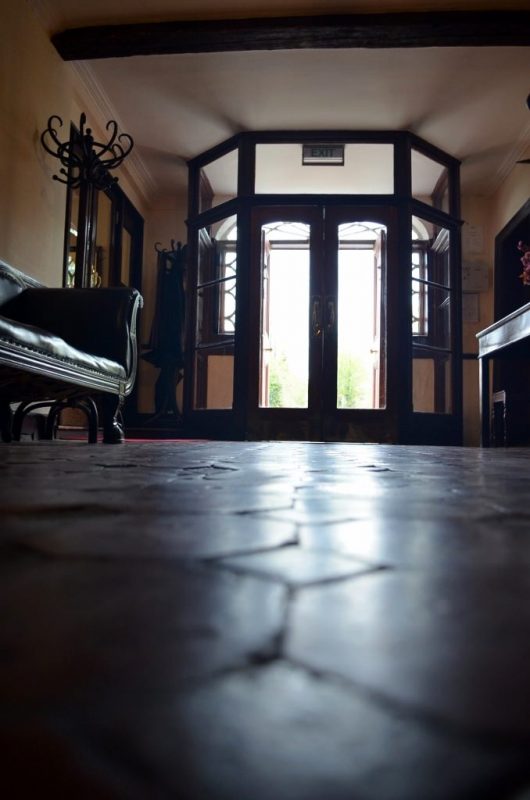 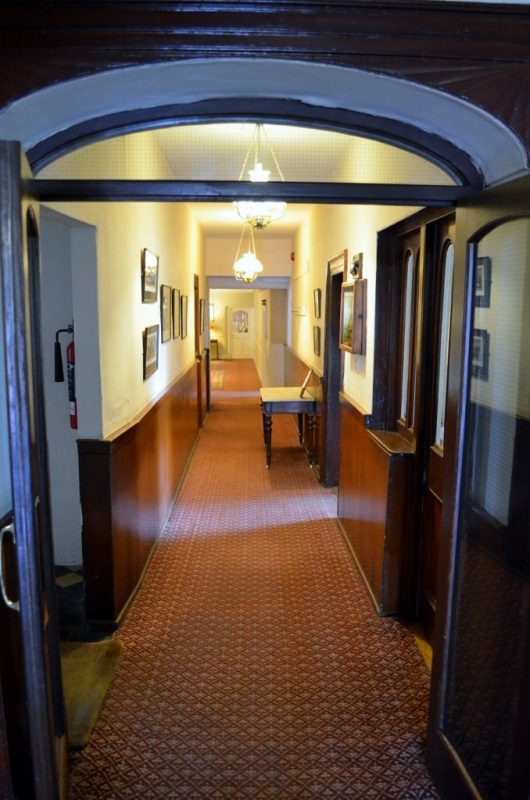 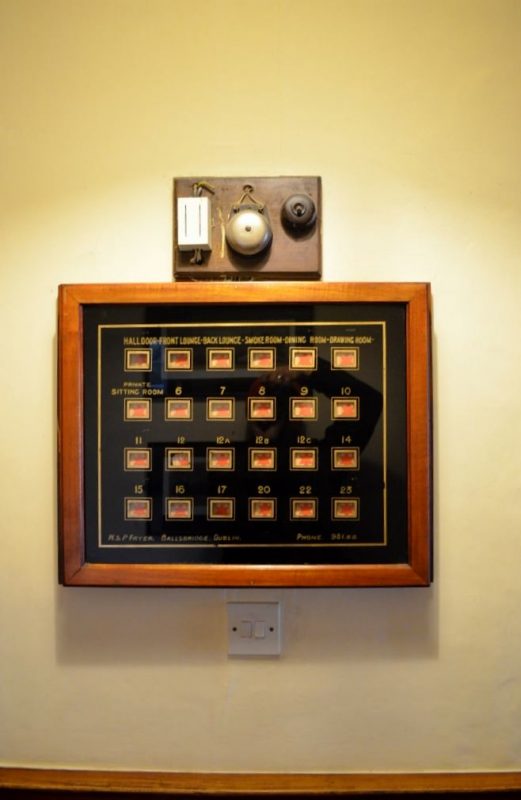 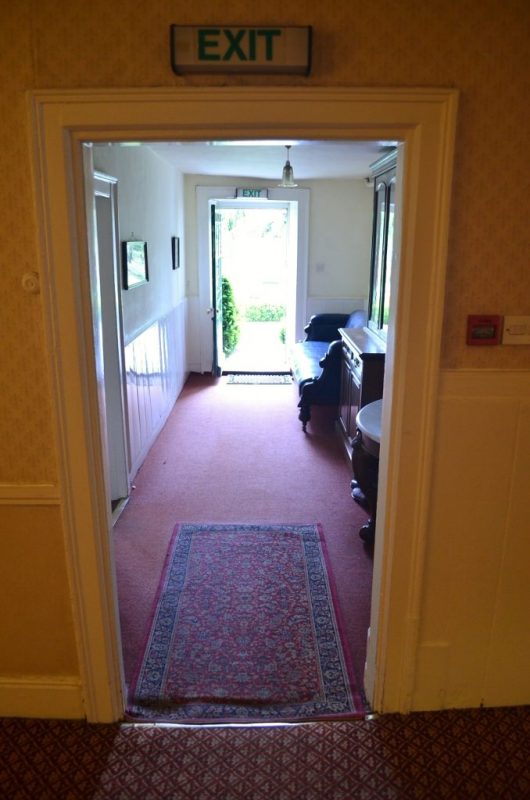 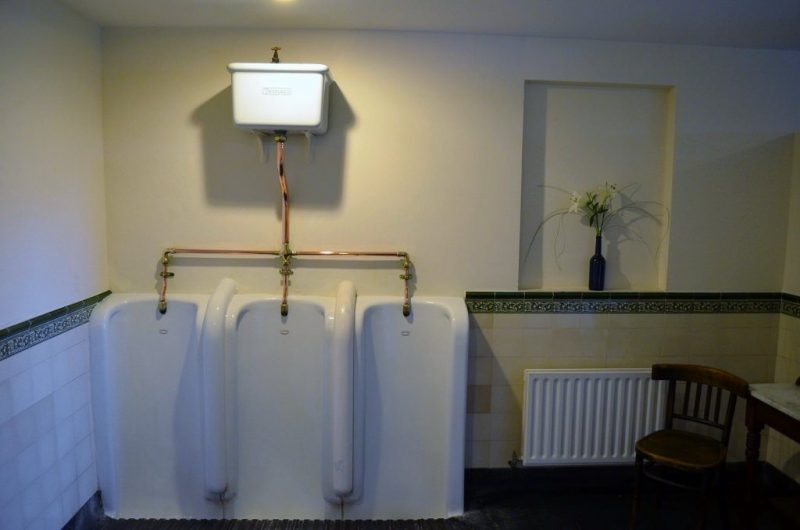 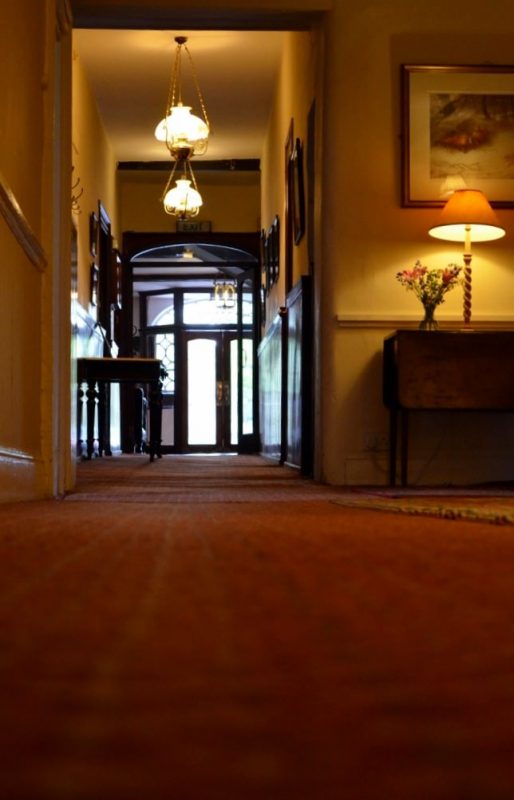 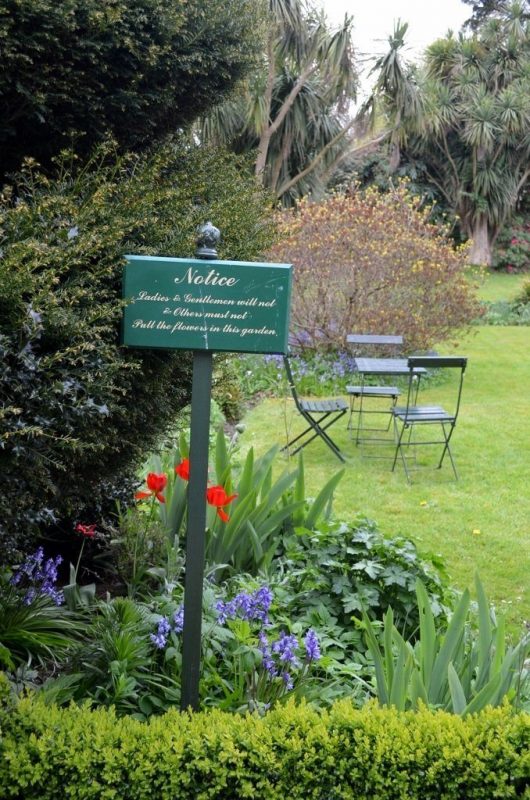 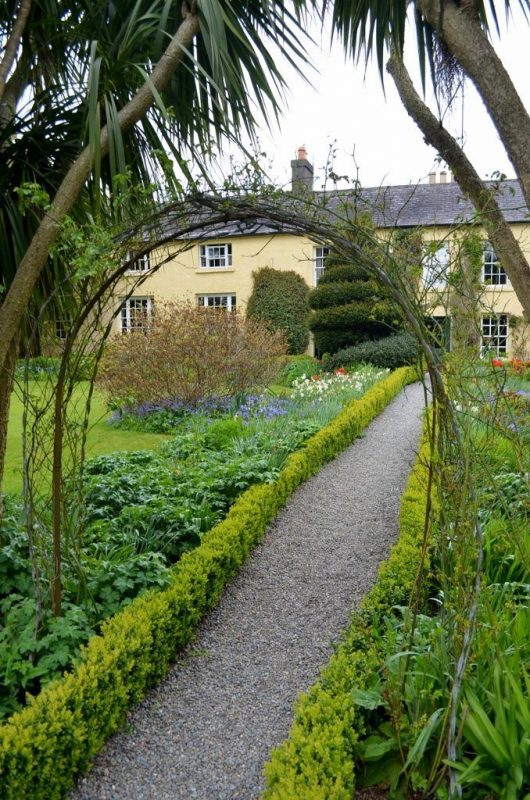 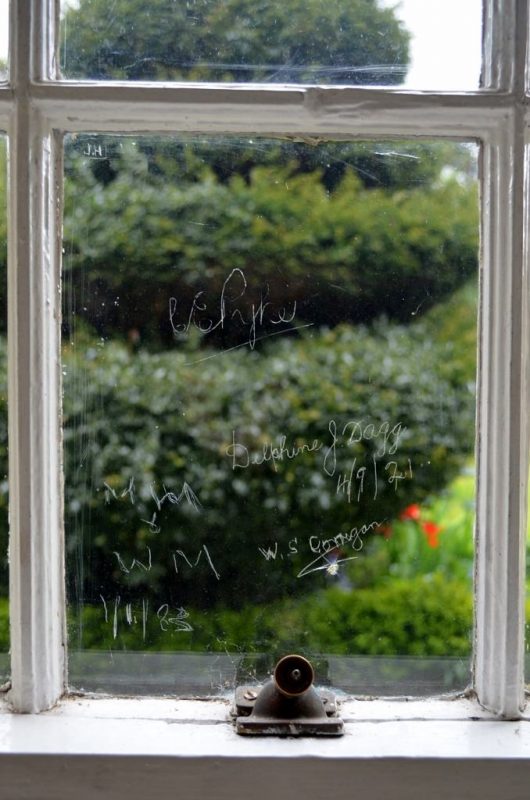 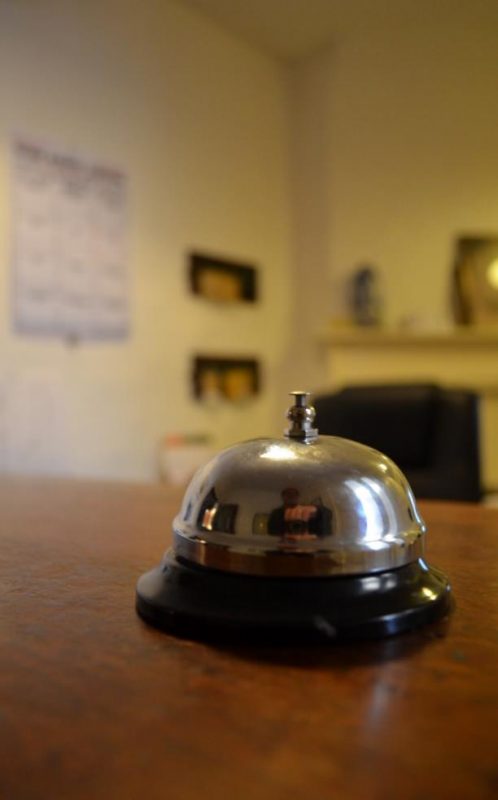 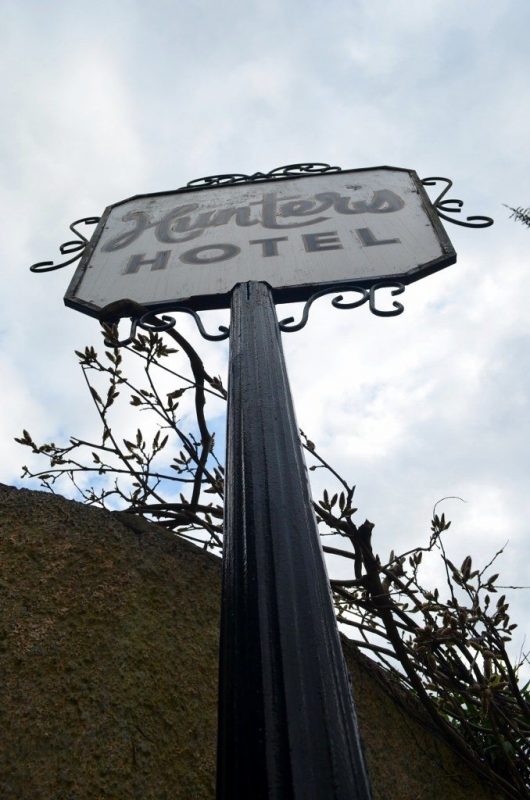 You can check out the full history of Hunter’s Hotel here, or visit their official website right about here. For further info, email reception@hunters.ie or call 040440106. Ask for Margaret.

Two Hearts Bedeck As One

One is my grandmother ‘M. (May) Gethings 1928’. Supposedly, she worked there for a few days making and fitting curtains for some of the windows.