We explore the little village just over there 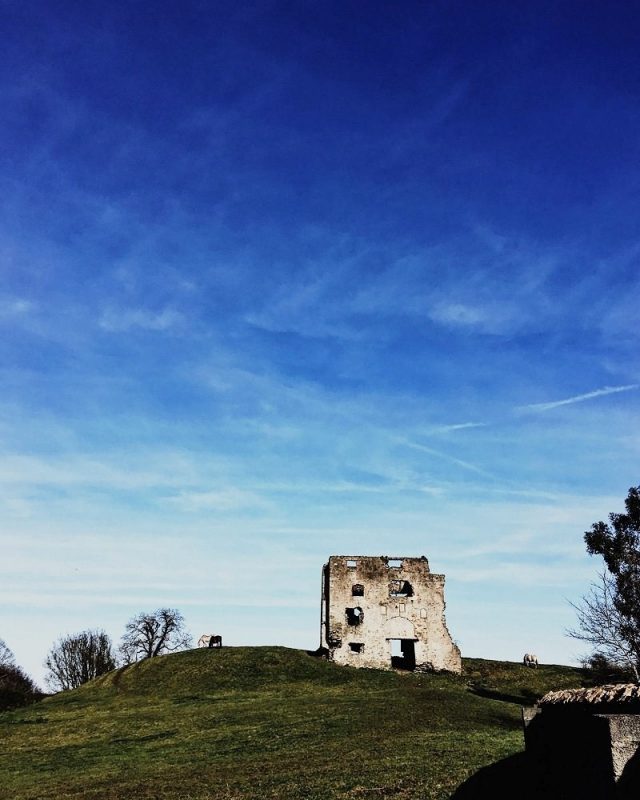 some time now, putting the call out to locals, but, no joy.

Relying largely on the kindness of whoever runs the Newcastle community Facebook page to supply us with a few background details, we managed to squeeze pretty much nada out of ’em. The feckers. 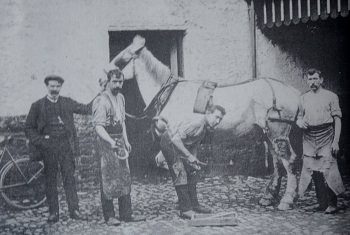 It’s been over a year now of back and forth, so, until that glorious day actually comes when we get to take a history stroll around the village, we thought it best to press ahead with the history that we already have, and any images of Newcastle that we’ve managed to compile over the last four years.

Firstly though, let’s jump back to 1832, and The Topographical Dictionary Of Ireland, to see what author Samuel Lewis has to say about the place. 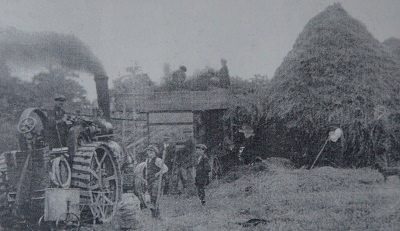 Newcastle, a parish, in the barony of Newcastle, county of Wicklow, and province of Leinster; containing with the post-town of Newtown-Mount-Kennedy (which is separately described), 4517 inhabitants of which number 130 are in the two village of Upper and Lower Newcastle. 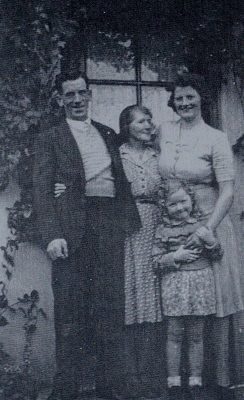 The parish was a portion of the ancient territory of Crioch-Cualan, or Hy-Briun-Cualan, and the centre of the eastern or maritime portion of the Byrnes’ country, and part of the Ranelagh, a district that, for more than two centuries, has given the title of viscount to the family of Jones.

It takes its name from the castle built at a very early period after the English settlement, to protect the colony here from the molestations of the septs of the O’Tooles and the Byrnes, by whom that part of the county of Wicklow was then possessed. It became a principal military station and the chief town of the English on the eastern side of this tract of country, long before the erection of the town of Wicklow into a borough, or of the county into shire ground.

In old records it is called Novum Castrum McKynegan; and in a grant of tolls for repairing the walls of the city of Emly, made in the 31st of Edw. 1, a similar grant to this town for three years, and for the same purpose, is quoted. 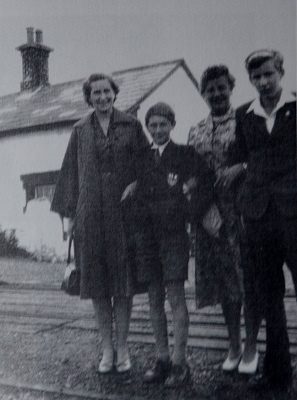 In 1308 the castle was repaired by Piers Gaveston, the unfortunate favourite of Edw. II., when lord-lieutenant of Ireland. That the English held this castle and manor for a long time after by a very precarious tenure, appears from the fact that one of the clauses of the articles of submission made by Byrne to Thomas of Lancaster, lord-lieutenant in the reign of Hen. Iv., was a covenant that the kind should quietly enjoy the manor of Newcastle; and in an official document in the reign of Elizabeth, several of its townlands are described as being the inheritance fo Pheagh and Phelim Mac Teige Hugh Byrne, the latter of whom was then the senior chieftain of the Ranelagh sept of the Byrnes, and in that character was present at the parliament held in Dublin in 1585. The manor was vested in the crown in the reign of Chas. I., and after the restoration was parcelled out among several patentees under the Act Of Settlement. Cromwell is said to have besieged the castle in his march upon Wexford. In the reign of Chas. II. it was a large town, consisting of several streets, all of which were burned in one night by an incursion of the Irish from the mountains, under Pheagh O’Toole. A large portion of the castle is still to be seen on an artificial moated mount. 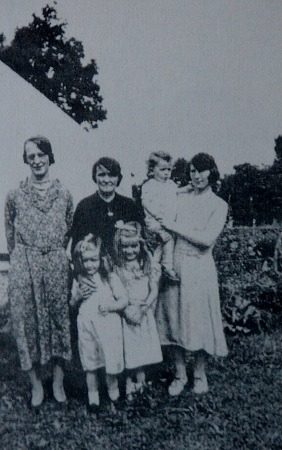 Near the north end of the village are the vestiges of a strong building, said to have been the gaol and court-house, and near it are the remains of two other castles; a large sewer was also lately discovered, in which were found many canon balls and skeletons.

The parish, which is bounded on the mountain side by the river Vartry and is intersected by the low road from Bray to Wexford, and by the mail road from Dublin to Wexford, contains 14,535 statute acres. For civil purposes it is divided into two parts; the Upper, including the town of Newtown-Mount-Kennedy and the hamlet of Monaleen, containing 3118 inhabitants; the Lower, including the two villages and the hamlet of Leabeg, 1399 inhabitants. 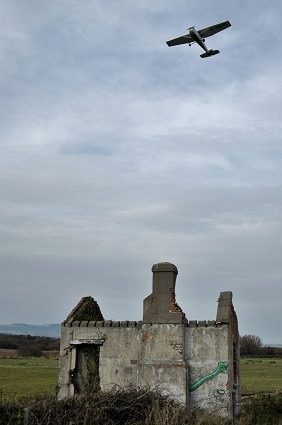 A large portion of the shore on the eastern side of the parish is subject to inundations from the sea, and in the middle of it is an opening into which the tide rushes with great violence, rendering the whole of the neighbouring low land a continuous marsh; the land here is intersected with deep artificial trenches, called sluyges, cut to prevent the floods from injuring the cultivated land. The western limit of the parish is formed by a range of hills extending from Dunran to Drumbawn, between which and the sea is a fine tract of rich soil, highly cultivated, thickly planted, and studded with numerous mansions, villas, demesnes, and parks. 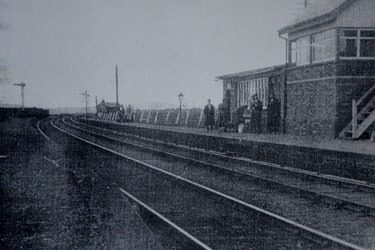 The general substratum is clay-slate: the soil in the lower lands is a strong rich loam of some depth, producing barley and oats of the first quality; that of the upper lands varies from a light and dry to a shingly soil, which when dressed with lime or marl, yields good crops of oats.

Some of the finest veal and earliest lamb brought to the Dublin market is reared here. The long white early potato, called Bangors, is extensively cultivated. The salt marsh of Cooldross, formed by the opening to the sea already noticed, is much esteemed for its salutary effects in recovering surfeited horses. Adjoining the marsh is a bog, the peat of which, when wrought into a compost, makes excellent fuel. Much turf is also brought from the mountains and known by the name of slane turf, from the implement used in cutting it.

The lower village is situated two miles (S.S.E.) from Newtown-Mount-Kennedy. The upper or church village occupies a gradual ascent commanding a fine view of the sea, which bounds an intervening prospect of rural scenery, the effect of which is much increased by the ruins of the old castle and the simple and neat edifice of the parish church.

Fairs are held on April 1st, July 10th, Sept. 1st and Dec. 6th. There is a coast-guard station at Five-mile point belong to the district of Glyn. The parish contains several elegant seats, besides those described as being in the immediate vicinity of Newtown-Mount-Kennedy. Among the finest is Woodstock, the residence of Lord Robert Ponsonby Tottenham, Bishop of Clogher; the mansion is a large square building, in the centre of an extensive and finely wooded demesne, commanding an extensive prospect bounded by the sea: it was a favourite residence of Marquess Wellesely, during his first vice-royalty. 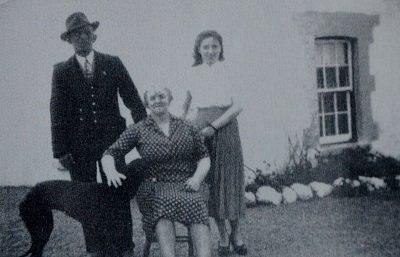 Of the numerous other seats and villas, that add so much to the charms of this delightful district are Mount John, the seat of Graves Chamney Archer, Esq.; Killadreenan, of Alderman Chas P. Archer, commanding an extensive sea view, with that of the entrance of the beautiful glen of Dunran; Seamore Lodge, or John Leonard, Esq., which enjoys a view of the Sugar-loaf mountains and Bray Head; Lower Newcastle, of James Jones, Esq., in the grounds of which are the remains of an old fortification, called the Garrison; Upper Leabeg, of John Gray, Esq.; Leamore, of John Smith, Esq., commanding a view of Wicklow Head, with its two lights; Cooldross, of W. Webster, Esq.; Lower Leabeg, of W. Ashenhurst, Esq.; and Kilmullen, of Thos. Halbert, Esq. 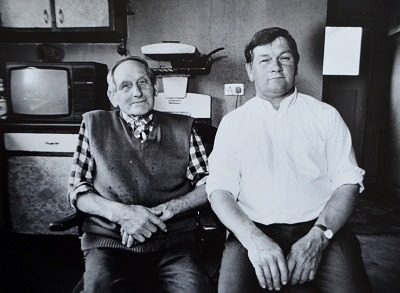 The parish comprises two livings, a lay rectory and a vicarage, in the diocese of Dublin and Glendalough: the rectory is in the patronage of Gerard Macklin, Esq.: the vicarage, in that of the Archbishop. The tithes amount to £621.11.71/2, of which £288.9.21/2 is payable to the Rev. R. Macklin, £55.12.8. to Earl Fitzwilliam, £0.11.21/2 to Lord Robt. Tottenham, and the remainder to the vicar. The glebe-house, annexed to the vicarage, with the glebes, comprising 14 acres, is situated near the church, which is a plain but neat edifice with a square pinnacled tower, and was enlarged about 50 years since by subscription. A chapel of ease is in progress of erection at the entrance of Newtown-Mount-Kennedy. In the R.C. divisions it forms part of the union or district of Kilquade and Kilmurry; the chapel, which is a small building, is at Kilmurry. The parish school in the village, with apartments for the master and mistress, was erected at an expense of £350, supplied partly by the Association for Discountenancing Vice, partly from the lord-lieutenant’s school fund, and partly by subscription. A charitable fun, raised by annual sermons and averaging about £50, is distributed among the destitute poor of every description. At Kildreeny are the ruins of a large old church in a cemetery, which is still applied to its original purpose. Several skeletons of the heads and horns of the moose deer, of large size, were found, in 1835, in a bog on the grounds of Mr Smith’s seat at Leamore, eight feet beneath the surface. 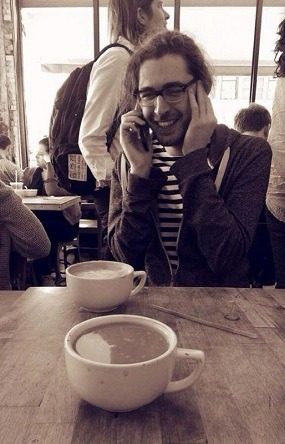 Boom! That’s a major slab of history, and no mistake. For a little more up-to-date information, you can always check The Gospel According To Wikipedia, where you’ll find out such nuggets of information as the namesake castle – actually called Newcastle Mackynegan – having been built between 1177 and 1184 by Hugh de Lacy, Lord Of Meath. And that the population of the village, back in 2011, was just 951. As we said before, we’ll hopefully have some more Newcastle history to add here, once we get those crosswires uncrossed.

In the meantime, as well as the images here and below, you’ll find a full – and, hopefully, ever-expanding – gallery of hi-res Newcastle shots here, free to download. Enjoy! 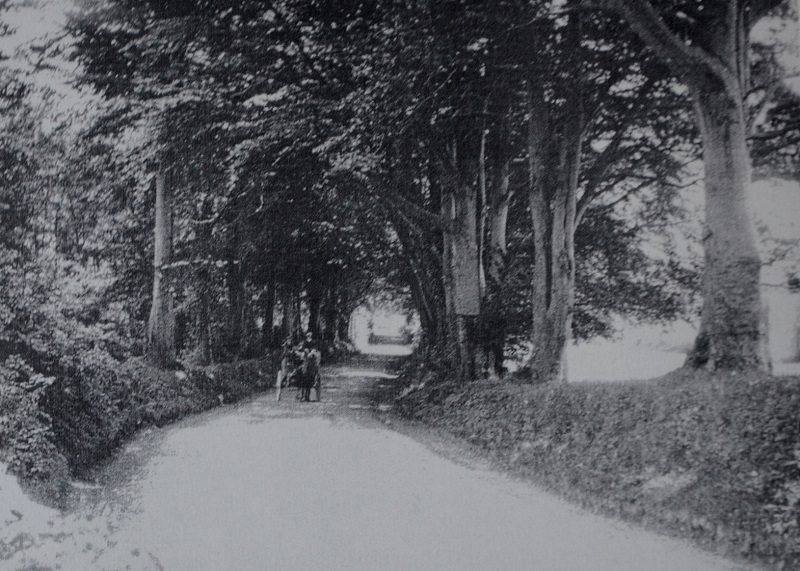 Heading down Rebels’ Hill circa 1900 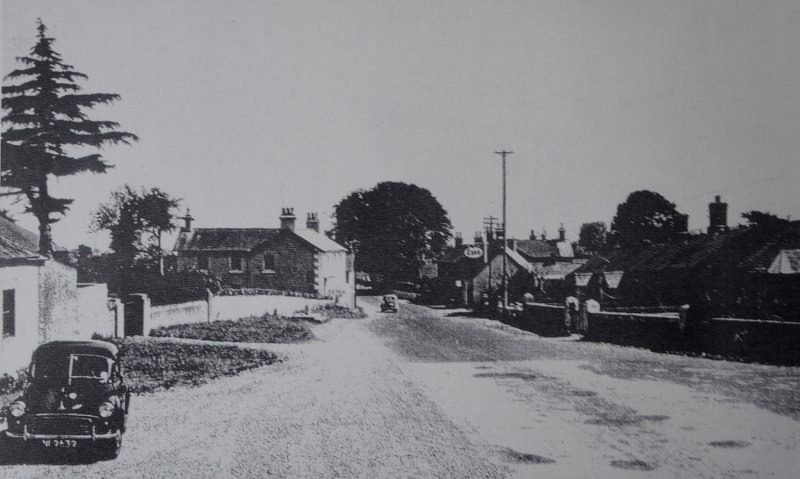 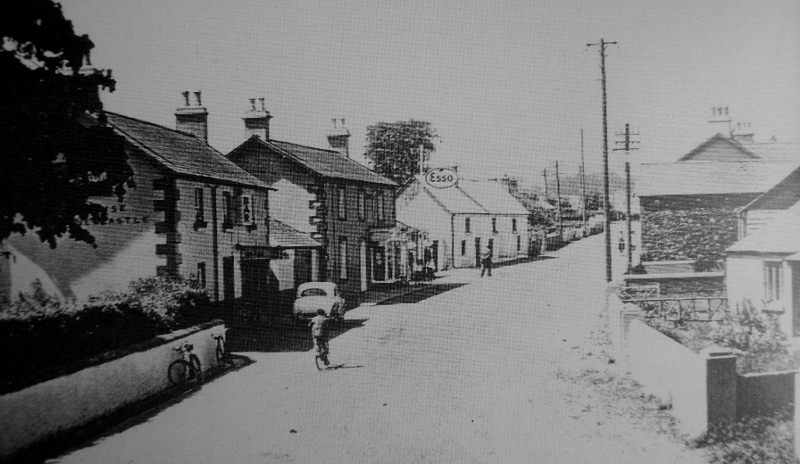 Newcastle 1905, with remains of earlier bridge in foreground. You can check out the full Newcastle gallery archive so far right here, and the latest Newcastle news here.

In The Name Of The Fizzle Sticks