Home A HEY!News Paddy’s Day Quip Not A Hit
News

Paddy’s Day Quip Not A Hit 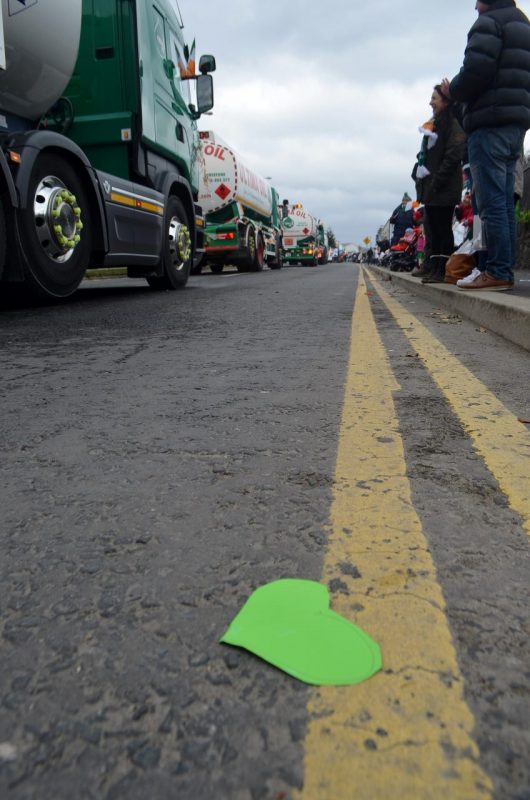 Humour is a notoriously tricky beast, one man’s Frankie Boyle being another’s Michael 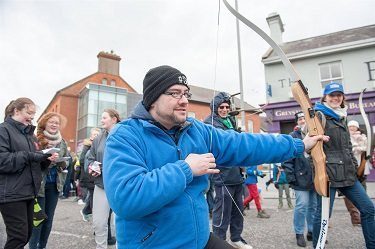 It’s a conundrum that we’ve faced, oh, once or twice here at the Guide.

And now, it would appear that an attempt at humour by the MC at our St Patrick’s Day Parade on Saturday didn’t exactly land the right way for some local parents.

Due to be posted on social media later today, we were sent an anonymous email from one of those parents.

“Can a woman now go home and make the lunch and do some ironing?”

These are the words the official commentator at the Greystones St. Patricks Day parade said to our daughters as they marched with the Girl Guides. Same commentator told our girls that the song they were singing about girl empowerment was “Provocative”. 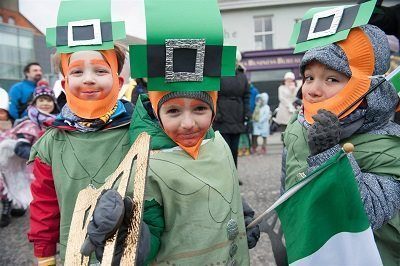 nurtures the idea of female empowerment. You can imagine our utter disbelief and shock to hear these derogatory comments from the Greystones St Patrick’s Day official commentator.

We were sitting close to the judges stand and had listened with pride to our daughter and her guide friends singing their song all about “can a woman be a…” – full of positive messages about how a girl can be anything she wants to be and obtain any goal she puts her mind too. They had enjoyed lots of verbal support and applause along the parade route when people read their banners and signage which confirmed these positive female messages, only to hear the commentator then tell them that their song was “provocative” and “can a woman now go home and make the lunch and do some ironing?”

This comment is yet another example of ingrained misogynistic behavior in our society. For our daughter, her friends and those amazing leaders who have spent months telling these girls that they can be anything they want to be, to be told this at a public event in front of a large 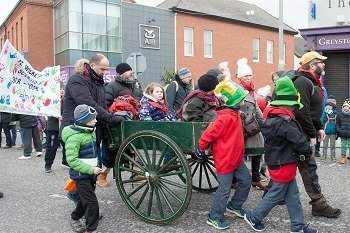 crowd of people was demoralizing for our girls and we are appalled and furious about it.

We dont feel that individuals that hold these views and that would find it appropriate or humorous to say these things to our daughters have any place on a public platform or event.

We feel that our children and all the Girl Guides and leaders are owed a public apology.

If you agree that this is inappropriate behavior please help us to raise this issue by making your local politicians and leaders aware of this event and that this type of behavior is still happening today and is no longer acceptable.

It’s worth noting that our Paddy’s Day MC did apologise in person to the Girl Guides leaders on the day, explaining that his remark was made in jest and was never meant to be offensive, and that they reportedly accepted that apology.

We Don’t Need No Education…?

All Quiet On The Eastern Front

Why do people feel the need to stuff adult notions such as “female empowerment” into the heads of children who should be simply enjoying their simple St Patrick’s day parade. It’s an ephemeral thing, childhood.

Well done to girl guides and mentors and parents. This is the world in which women function. Change happens slowly. The MC has apologised. Recognition of an error of judgement. Let the Chamber, Council and all involved get some training going so that ingrained attitudes ( which aren’t funny any more) develop more respectful attitude. At same time we need to keep the conversation public so that young girls have confidence to manage the prevailing attitude.

The Irish Girl Guide entry was awarded the prize for the Most Topical Entry in the Greystones Parade and well deserved. Those on the stand thought it was an excellent way of dealing with a contemporary topic. The volunteer commentator has apologized for this remark. He did use heavy satire to many of the entries,
In the past the commentary has been given by the Cathaoirleach but was quite boring as they are not professionals. A commentator to be interesting has to push the boundaries and in this case went too far.
We badly need volunteers to keep the parade running. in most towns the Chamber of Commerce runs it but this does not happen in Greystones so the Councillors and staff do considerable work on it to keep it going.

The awarding of a prize to the GG’s is not an anecdote to the compere’s comments at the parade. Nor is the shortage of volunteers an excuse.

This man was out of order. His comments did not come close to satire. They were misogynistic and insulting to a collection of 10/11 year olds, their assembled leaders and parents, all of whom put a lot of effort into the parade and, lest we forget, are a part of the community too. His comments took the good out of the day for those involved with the GG’s.

It is very questionable that he would have apologised without such a strong response from parents and GG leaders. You and your Wicklow CC colleagues now have a responsibility to make sure that this doesn’t happen again.

“it was only a joke” is the very common response to people who complain about what happens to girls & women when men & boys try to belittle them, abuse them, or disrespect them. An unwanted, sexist comment – hurtful and derogatory at a public event aimed at girls is NOT ‘only a joke’. It is what it is. offensive. misogynistic. inappropriate and plain unacceptable. Whats more apologising afterwards does not ‘mend’ the offensive comment. This man needs a complete overhaul of his sexist mind-set. He doesn’t seem to ‘get it’ …”it was only a joke”.