School’s Out For Eivers 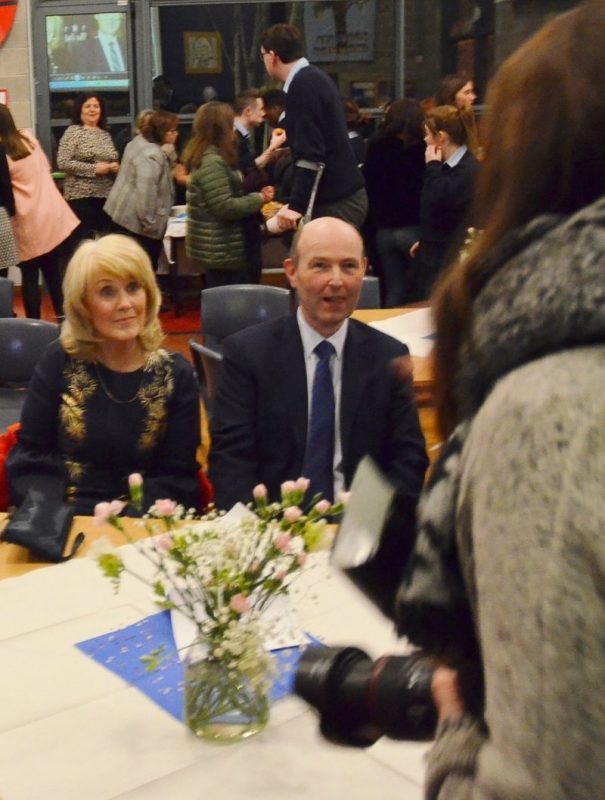 Sure, come on over, says the bould Ruairi Farrell, 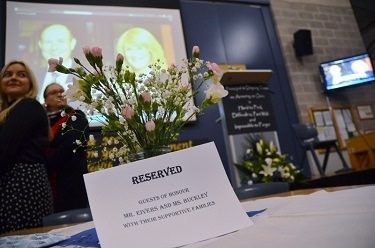 we’re having a little farewell shindig at the school.

Should only take a half-hour, maybe 40 minutes, and, sure, you’ll be back home in 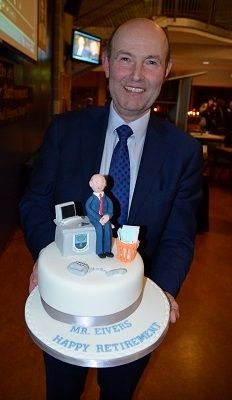 your bed in no time.

Turns out the Coláiste Chraobh Abhann farewell to its original principal, Shane Eivers, and its vice-principal, Carol Buckley, was a lot more like the Oscars than any little farewell shindig.

There was live music! Video messages! Local press! There for the Free Sandwiches!

With student MCs Charley Delaney Byrne and Rebecca Hayden keeping the show moving along nicely, there were a few short and clearly heartfelt speeches from 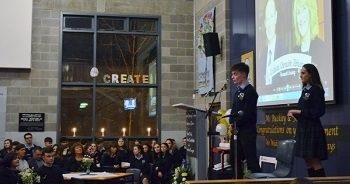 Paula Lynch (chairperson of the school’s Board Of Management), Therese Rooney (chair of the Parents Council) and Dr Deirdre Keyes (Chief Executive of KWETB), all of them rightly singing the praises of the work that Eivers and Buckley had done 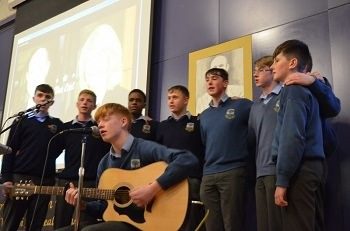 with a school that just happens to be flying high right now. Over the weekend, a Sunday Independent 10-year analysis of school league tables revealed that this 16-year-old fledgling is the most improved school outside Dublin in the Leinster 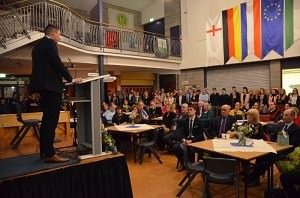 province. In the last 10 years, Coláiste Chraobh Abhann has gone from placing 18% of its pupils in third level education to 70% today.

Boom! Talk about going out on a high.

There were many of those who helped that success

story present in the room for the big event, and undoubtedly quite a few other important pieces of jigsaw that couldn’t be there, but the overriding sense of a job well done for its principal and vice-principal as they handed in their Coláiste Chraobh Abhann badges was overwhelming.

Of the night’s slightly longer speeches, we managed to catch just the last 10 minutes of Carol’s, but the full seven hours, 27 minutes and 15 seconds of Shane’s. Hey, he’s earned it…

You can find out more about Coláiste Chraobh Abhann on their website here.

That Isaac Haze Of Giddy-Happy

Time for a national referendum on keeping our life depending water resources out of the hands of greedy speculators both native and foreign. Only for the the water meter protest’s we would be paying 500-1000 Euro pa for water and have no doubt the puppet political classes will try again to reintroduce water charges. at the behest of their Vulture friends who would love to get control of this precious .natural resource Water is the new oil.
U

Former principal Shane Eivers and former vice-principal Carol Buckley have promised to look into your theory, especially now that they have some time on their hands.