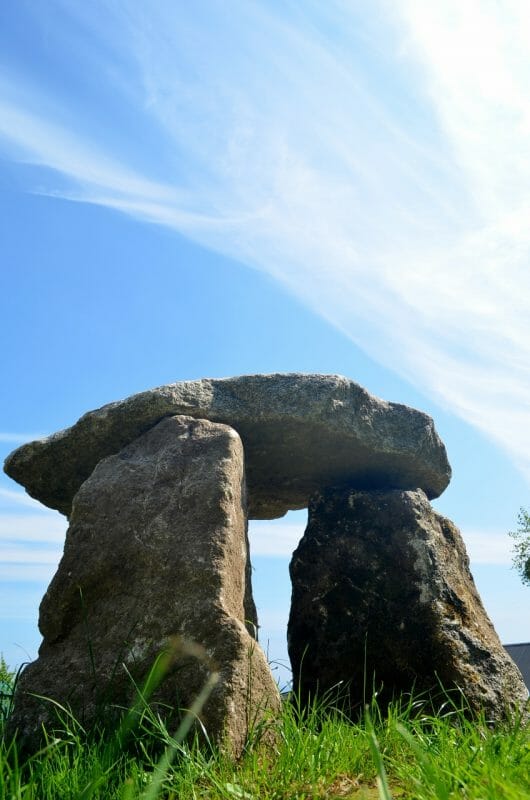 Scribbled on a napkin, the English rockers needed a Stonehenge replica measuring 18″ by 18″.

Only problem was, David St Hubbins, Nigel Tufnel and Derek Smalls couldn’t quite tell their feet from their inches when it came to drawing up their cunning plan, and so the band ended up with a stage prop that was, as they later admitted, in very real danger of being flattened by two dancing leprachauns. 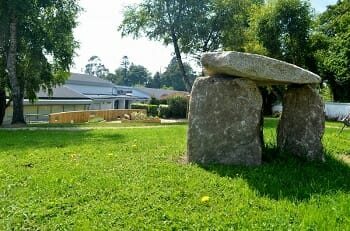 Well, now that famous piece of Spinal Tap memorabilia has found its way to Greystones, after ex-St Laurence’s pupil Nigel Tufnel decided to donate the band’s mini-Stonehenge to his much-loved former school.

“I’ve always, like, really had the hots for Mrs Coveney,” explains the 72-year-old rock legend, “all the way up to 11. And so, when I heard she was retiring after 40 years, I just felt such a momentous occasion needed some kind of permanent monument. Such as a tiny Stonehenge. That was very nearly flattened by two dancing leprachauns.”

Visitors to the recently-refurbished St Laurence’s can view the famous Spinal Tap prop in the front garden of the school, where it takes pride of place, overlooking the 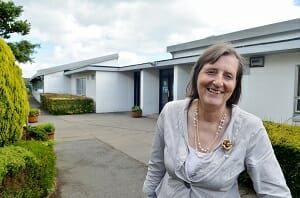 When it was pointed out to Tufnel that he would have been in his late 20s when St Laurence’s first opened in 1977, he answered that he had simply but firmly been held back a few decades.

“As a band, we just hope that this ridiculously small Stonehenge will remind people of the great big work that goes on in St. Laurence’s,” Tufnel concluded, “and, in particular, the incredible work done by Mrs Coveney. I was never too bright at school, but Mrs Coveney helped me overcome struggles with my bad memory, my total confusion over numbers, and my bad memory.”

The recently-retired Mrs Coveney was, unfortunately, unavailable for comment, as she is currently halfway through a six-month, soul-finding, backpacking hike through Las Vegas.