The Ballad Of George & Lennie 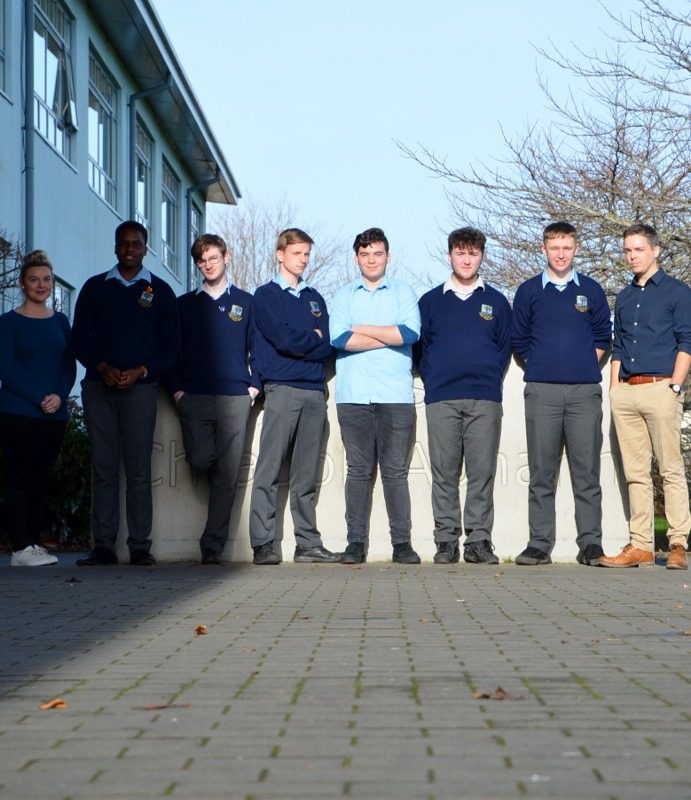 It’s one of literature’s most celebrated works, and

one that’s been on many a stage and on many a screen over the past 82 years.

Indeed, since its publication in 1937, John Steinbeck’s Of Mice And Men has charmed and disarmed millions of readers around the 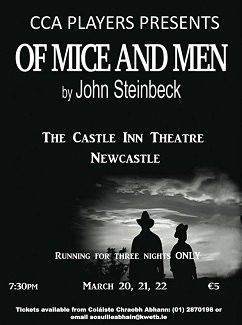 world, and has been brought to life over the decades by such notable artists as Lon Chaney Jr, Burgess Meredith, John Malkovich, Gary Sinese, George Segal and David Tennant.

So, naturally, a bunch of teenage actors over in Kilcoole’s Coláiste Chraobh Abhann reckoned they should take it on. Given that, hey, no certified classic is too high or too mighty for the CCA Players. 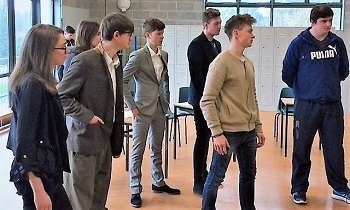 1957 courtroom classic 12 Angry Men [left], and with director Seán Ó Suilleabháin once again at the helm – with a little help from co-director, Sharon

Nolan – their latest adaptation has every chance of being just as powerful.

“When I started adapting Of Mice And Men last September,” says Ó Suilleabháin, “one of the first things that struck me was how 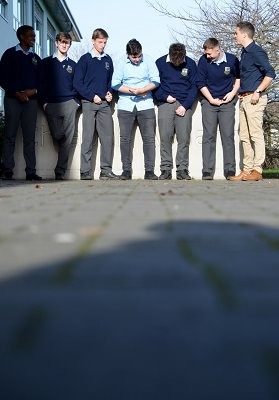 Steinbeck doesn’t go for the happy ending here. There’s no easy way out for his protagonists, or for the reader, and I think that’s part of its incredible impact on people, and why it is still affecting people today…”

We swung over to rehearsals at Coláiste Chraobh Abhann this morning, to catch the cast and co-directors in action. 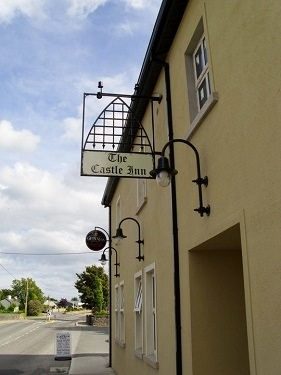 Running at The Castle Inn in Newcastle from Wednesday, March 20th to Friday 22nd, at 7.30pm each 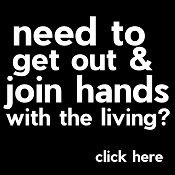 night, tickets are just €5, and can be obtained from the school, or by emailing the bould Sean on seanosuilleabhain@kwetb.ie. There will also be a limited amount of tickets available at the venue.

In the meantime, let’s get deep, and emotional with the cast and crew about a work so powerful that – gulp! – it even made one of them cry…