Where The Alpaca Roam

We talk to Joe Phelan about his herd mentality 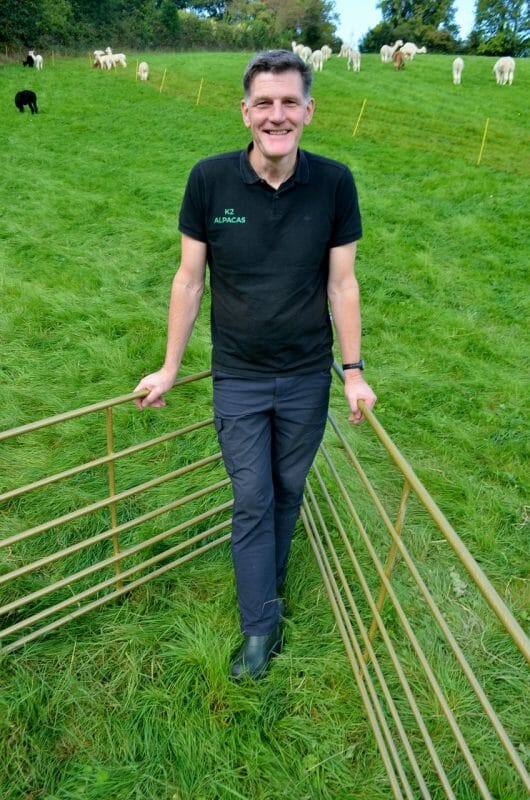 button but also damn useful in a multitude of ways.

Or, as in the case of the alpaca, four ways. To be 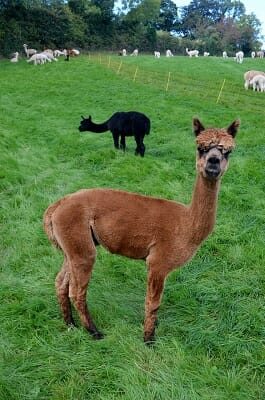 Firstly, their calming presence has been known to soothe many a troubled soul, alpacas being blessed with the inner peace of Buddha and the reassuring and relaxed stare of Morgan Freeman. 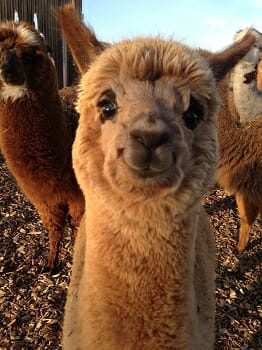 bouncer mode at the first sight of a fox or any other lone predators. Farmers often mix alpacas with their livestock.

Fourthly – and very must lastly for the alpaca – they taste like venison.

For Joe Phelan, there’s also the added bonus of, hey, he simply loves these crazy little guys. Pretty much the short-ass cousin of the llama –

being also part of the fun-sized camelid species –  alpacas are incredibly friendly and trusting. Swinging by Joe’s temporary home for his K2 Alpacas farm up at Cooladoyle Riding Stables just outside Newtown, the gang just hung out within feet of us as we spoke. Being pack animals too, the open gate behind had no pull either.

Currently searching for a more permanent home – and, yep, Joe did ask the former

alpaca farmer opposite The Glenview Hotel about his roadside field – Joe has two months at Cooladoyle before he and his furry friends have to trek on. So, if anyone out there has 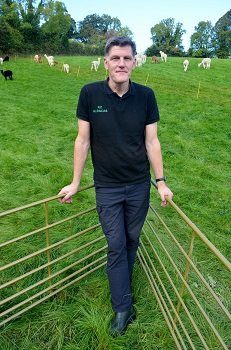 In the meantime, you can visit Joe and his alpacas at the weekends in Cooladoyle. there. Free admission, with a bucket currently being sought out for donations. You can find out more on the K2Aplacas website here, Facebook here or on Instagram here, or you can email Joe on info@k2alpacas.ie. You can also call on 0866375735.

Oh, and if you’re driving up there from Newtown, it’s left at Fishers, up past

Seasons Park for about 10 minutes, and then there’s an unmarked gateway to your right looking down into the stables. Took us a little while to find the bugger this morning…

Once we finally got there, we talked to Joe about eventually giving up his 9 to 5, the striking similarities between alpacas and Corkonians, and how he happily gave himself over to the herd mentality…

Update: Joe and his alpacas have found their forever home, just up beyond Newtownmountkennedy, at Callowhill Upper right here.

Hannah And Her Sealers