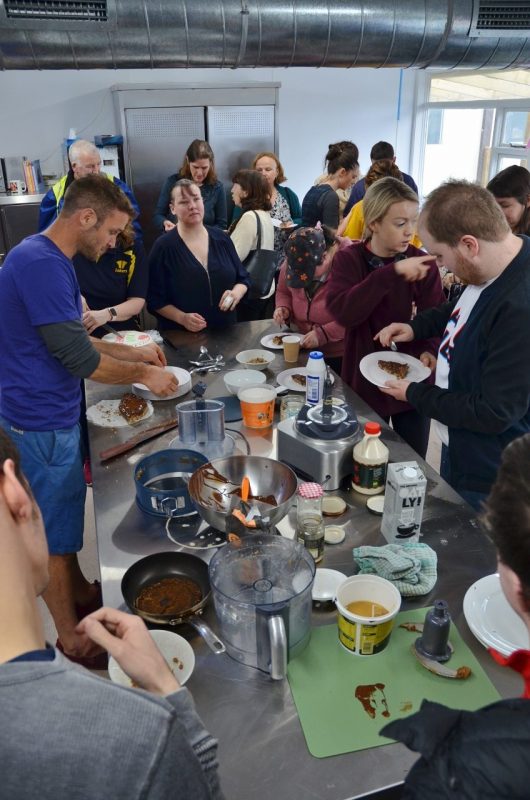 As the old Irish saying goes, bake a free cake, 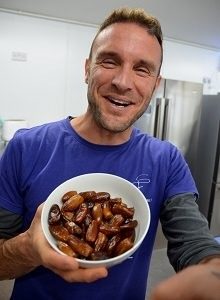 and they will come…

And boy, once Dave Flynn got stuck into his maple syrup, crushed

Personally, we were disgusted to discover that the tempting bowl of cocktail sausages – finally, the Pear twins have seen the light! – turned out to be dried prunes. Dang!

Another major step in the Lakers gang getting back on their feet after last October’s fire left them without a home to go to, and without the four coaches 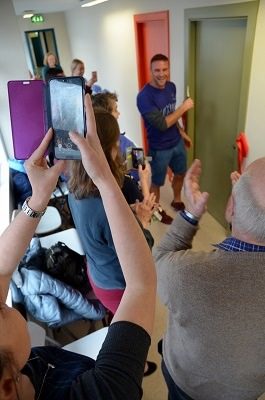 that helped bring their 400 happy members from here to there.

And then, crucially, back again.

Today, such sad tidings were far from everyone’s mind as the aroma of that cake started to waft down the hall, its silent siren call attracting everyone within a half-mile radius.

Before the cake though, some pancakes, Dave giving three of the Lakers gang the chance to see just how good their flipping skills might be. Only member 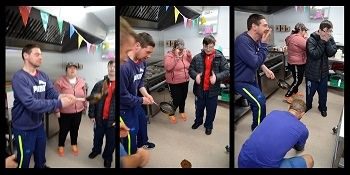 Dave [top, right] managed to get the pancake back in the pan, and the roars of approval could be heard all the way to St Pancreas Station. We reckon.

Chairperson of the board, Fergus Finlay, said a few words of thanks

to all those who had helped the Lakers get back on their feet so quickly, with a special 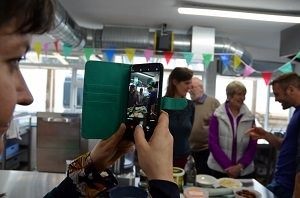 mention going to the work of the mighty Niamh Ni Ghrainne.

Another person who has been doing incredible work is Josephine Heath, general

manager of Lakers, and we managed to grab a few words, not only about today’s kitchen launch but also future fundraising plans, and the official re-opening on June 26th.

You can see the full gallery of shots from today’s Lakers launch right here. And Pierce was fine, by the way.

My Lunches With Elvis #19: Costa Coffee