A Star Is Born

Maiú wows The Whale on his big debut

He’s got the voice, the talent, the national fame – thanks to that show-stopping Late Late Toy Show appearance –

and tonight, he’s got perhaps the finest stage in all of Wicklow.

That’s enough to make any 10-year-old child think that they were Elvis’ gift.

Well, Maiú Levi Lawlor is about as far removed from the idea of a spoilt brat as you could possibly get. Playing The Whale tonight as the opening act for The Ultimate Adele Experience, the young Greystones lad decided it best to drop his own Adele cover from his 5-song set. “I don’t want to mess with their performance,” he said, as he began thinking of an alternative. “It would just be very unprofessional to take one of their songs…”

With his proud family taking up one corner of this full house, their wild cheers after each song were pretty much drowned out by a roomful of even wilder cheers. 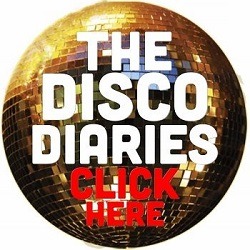 The family had seen Maiú perform before – for many here tonight, it was something of a revelation to see such a young boy belt out songs like an old Broadway veteran.

It was only when the five songs were over, and the tears came as Maiú attempted to thank Ross McParland for the opportunity to perform on The Whale stage – and also the rockin’ Katie and the Adele gang for the support slot – that we were all reminded that this remarkable talent is only ten years of age.

Man, if he’s this good now – as this opening acapella number from tonight proves – imagine what this little wonder is going to like when he grows up…

You can catch our January 2018 interview with Maiú right here.