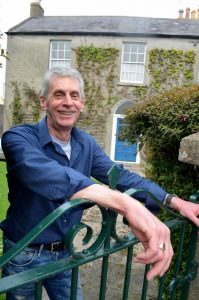 be, it can be pretty difficult to keep up with all the building and the demolitions.

As work begins this week on turning the main street’s last family home, Mount View, into retail outlets, office spaces and a café, and Waverly House gets completely gutted for pretty much the same purpose, we thought it might be time to check up on all the planning shenanigans going on right now.

The ongoing sorry saga of that decaying monument to greed and stupidity, The La Touche Hotel, sees the growing public outcry over the latest application requesting the demolition of the original hotel and its replacement with a replica front countered by Wicklow County Council’s request for further information from the developer. You can check that planning application online here, and how a local Save The La Touche fundraiser hit its mark here.

Talking of local landmarks, the planning permission granted in March last year for a three-storey apartment and retail block behind The Wicklow Arms has yet to be acted upon. To the point that Wicklow County Council are considering the development for inclusion on the Vacant Site Register.

Introduced by the government in 2015, the Vacant Site Register is designed to reduce vacancy and encourage development. When zoned land is lying vacant for more than one year, the owner will be liable to pay a levy, which currently stands at 3% of the site value per annum, until the

lands are no longer deemed vacant. This levy will be rising to 7% in 2020.

Currently, the first phase of this programme has only been dealing with regeneration sites, in towns and villages, but the levy will also apply to undeveloped, zoned housing land, coming into effect later this year. You can check the official registration here.

Not that Delgany hasn’t got other battles on its hands. The cunning plans for the land that Style Bawn House once stood 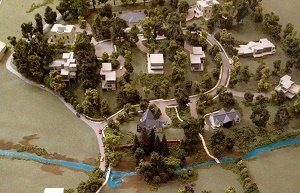 on before The Great Mystery Fire Of December 2016, are still to be fully revealed, but, townhouses are generally accepted as the order of the day. Given that young developer-about-town Johnny Ronan has been barking up that particular Blackberry Lane tree for years. Now, how to hide those noisy neighbours from any potential buyers…

There are plans afoot for new properties at the Delgany end of The Glebe too, whilst over at the N11 side of Blackberry Lane, the Cherry Estate continues to grow and grow – and groan. – as yet another new house appears on the hill.

Staying in Delgany, permission for 89 two-storey houses on Belleview Hill – where Gorteen House still barely stands – was granted last April, following an appeal, with the developers, Townpark Estates, so far proving to be a tad slow in getting all their ducks in a row.

Shout-out too, to Kelly Drains, who continue to fight for their right to build a major depot on the ancient Mass Path over on Drummin Lane, despite strong local opposition, and the WCC rulings.

Over in Charlesland, with the new national school finally getting its site, the developer is currently working over the compliance list with Wicklow County Council – which means that, basically, everyone’s working to get the soil turned on this one. You can check the state of play on that one here, and the plans for the school here.

Ditto Cairn Homes plans to build a rather large housing estate just west of the new school – compliance work is well underway, with a eye

for work to start this year. You can check that one here.

Talking of housing developments, as reported earlier this month, Churchlands got the go-ahead for 74 houses, on what’s popularly known as The Horse Field, with the remaining 55 of the original application currently subject to a list of conditions from Wicklow County Council being met. You can check the planning application here.

There’s plenty more where that came from, of course – such as the 24 Farrankelly social houses recently approved – but, hey, as we said, it’s hard to keep up with every square foot of land around here of late. Let’s just finish by saying, with Helena Cottage and its two neighbours (including, we hear, The Gemstone Shop) up for sale once more, here’s hoping these beautiful little houses are left beautiful, and little, and as houses.

It would be a shame to see every single building along our main street turning into a business. Some things are worth more than mere money…

You can check out our September 2017 round-up here, and our October 2017 shop shenanigans here, (latest on the Dart station; a vape shop!), whilst you also might want to check out two new funding initiatives from Wicklow County Council for owners of protected structures and those in Architectural Conservation Areas here.

Hey Paul, On a similar note.

Have you seen the state of the recently built road in Blacklion at the back of Lidl linking to the old Delgany Road.
I understand that the developers have to take their plant machinery out onto the public roads for access but quite frankly the road is almost impassable due to the muck and crap left behind. Especially when its raining.. I am sure all the new residents of Waverly and Blacklion Manor should be up in arms. I just paid €75 to have my car valeted and it was destroyed in a matter of days due to the muck and soil on the road.. its actually dangerous really.. especially if it freezes over.. In fact it is so bad at the moment I choose not to go that way.

I remember seeing road sweepers during the last boom going up and down every half hour in new builds in Dublin doing their best to keep the roads clean.. I wonder if the developers would consider this.. I did see one last week but it doesn’t seem to be enough.. Or…. At least they could offer the residents a free car wash every week. .
I doubt it somehow.. Maybe you should take your camera up and have a look yourself..
And as for my house windows……Dont start me lol..
Cheers..
Morg.