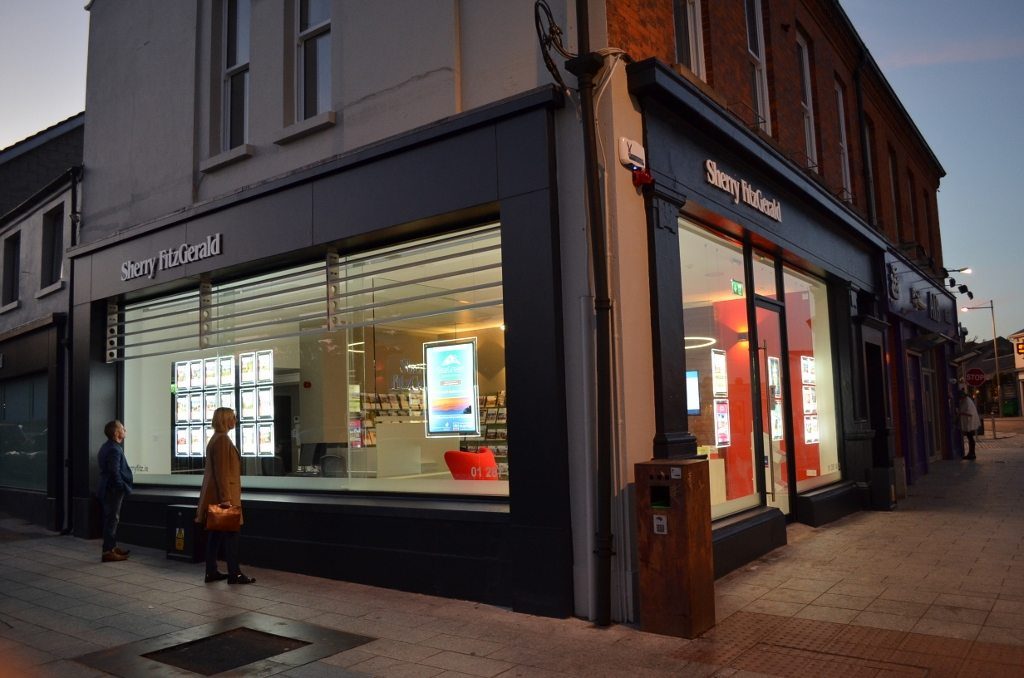 In a shock move, two employees of the newly-opened, state-of-the-art Sherry Fitzgerald real estate offices on Greystones’ main street are suing their bosses – because their secret affair has become impossible.

And that’s all down to the fact that 95% of the Sherry FitzGerald’s office’s facade is glass. Which, as this clandestine couple have discovered, can be very hard to hide behind. 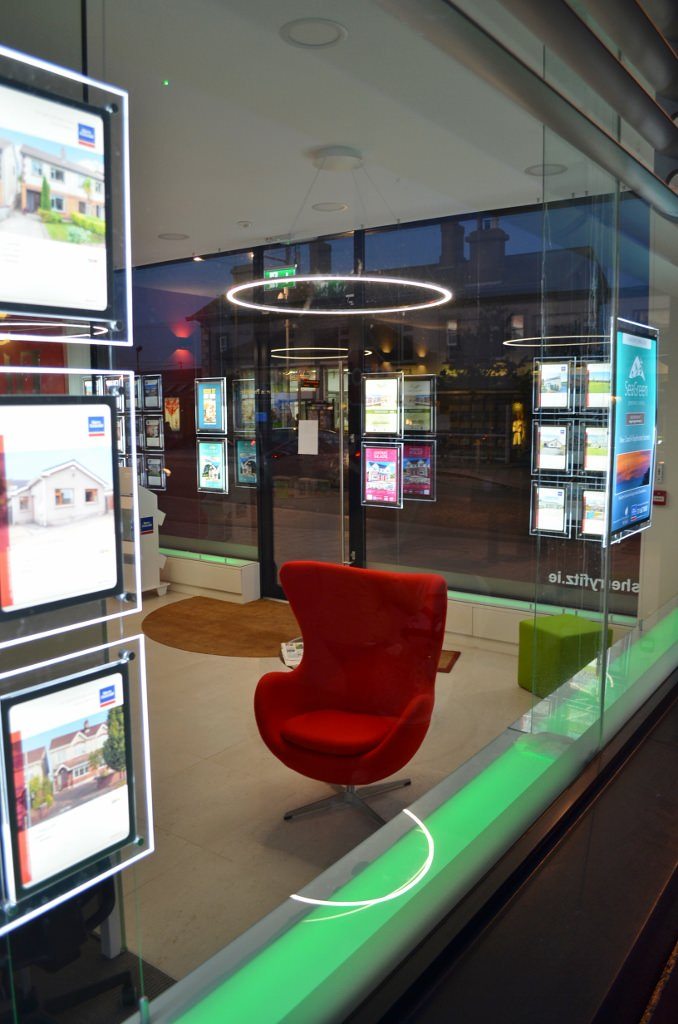 Could you make out on this hot seat…?

“They say all the world is a stage,” said Mr. X (not his real name, by the way), “but this is like being in an overlit Mexican soap opera.
“There was a time when, back in our traditional office, I could grab my beloved firmly by the photocopier whenever I wanted. Now, you can’t even raise an eyebrow or make a puckered-up duckface to one another without half of Greystones watching your every move.”

Not that Greystonians are nosey people. The Guide would just like to make that clear.

“When you’re feeling that insatiable lust rising up through the very core of your being,” continued Mr. X, “as your eyes lock across the floor in a laser of lascivious longing, it kinda takes away from the moment when you’ve got a 90-year-old woman and her two Jack Russells pressed up against the glass, looking straight at you, the three of them just smirking.”

And so it is that Mr. X and Mrs. Y (not her real name either, in case you were wondering) have decided to call off their illicit office affair. 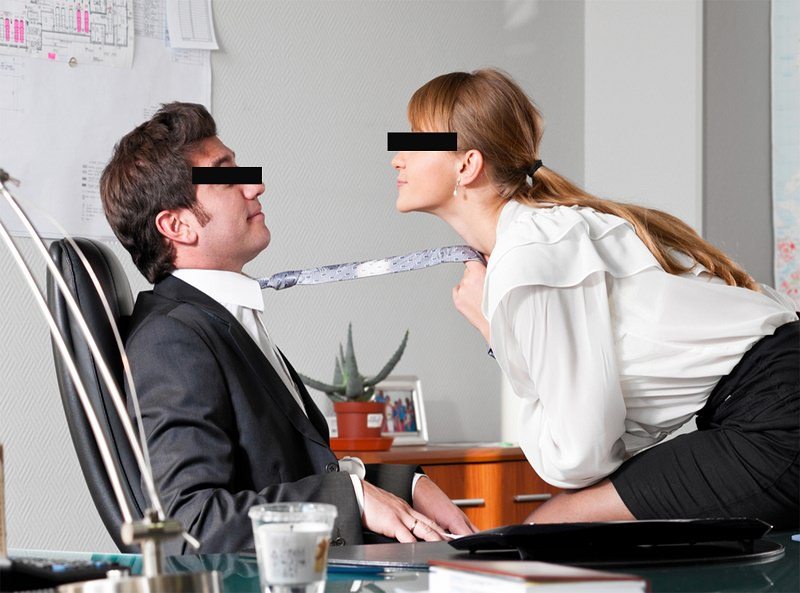 “It’s just not fair,” explains the latter, still clearly exasperated from the whole ordeal. “We work hard, and, you know, we need to play hard. And God knows I need some fun away from the hubby and kids. But living in a fishbowl means that you’ve got to watch your every move, your every furtive glance.
“I used to look forward to coming into work, so the two of us could find a quiet corner and go over some juicy judicial foreclosure, maybe even try a little replacement reverse fund – but now, how can we, when all those beady little Greystones eyes are peering straight in at us?

“It’s ruined our wonderful office romance. Living in a fishbowl, even a quick fax is out of the question. And we had been hoping to work our way up to some third-party origination with Pete from accounts, but that’s gone for a Burton too.” 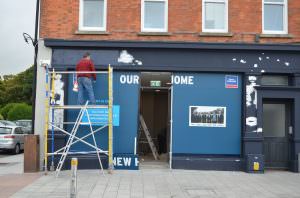 For Mr. X, the decision to take his bosses to court wasn’t easy. “They’ve been good to us,” he sighs, “and, to be honest, initially we were very excited about this brand new office in such a prime location, but, if it’s true that people in glasshouses shouldn’t throw stones, well, in this new office, I can’t even throw a shape. And me shapes usually drive the women wild!

“It’s just so stressful. What if the wife walks by? Besides, one good full-on sunny day, and we’ll be ants under a magnifying glass in there.”

“If they just got some screens in,” finishes Mr. X, “we’d drop the case. Honeypie always loved it when I’d take her in the cubicle.”

Won’t bother applying for a job there so!