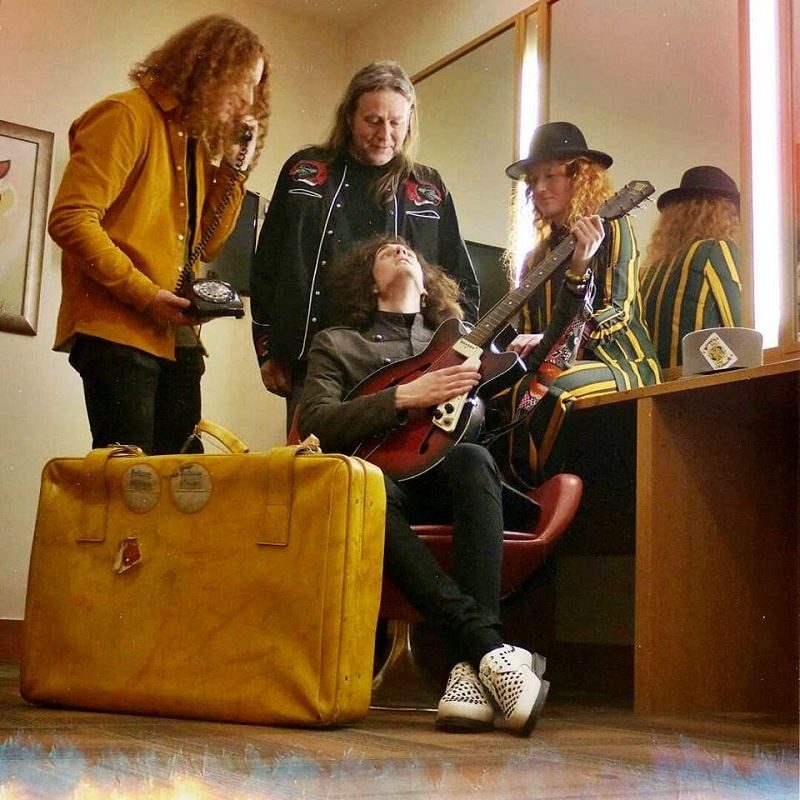 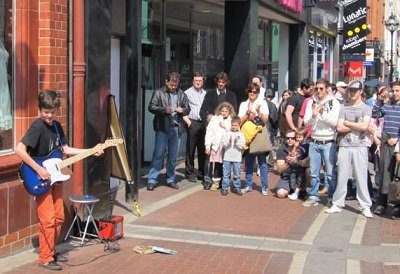 blasting out some electric blues on a guitar twice his age, well, it fair brings a tear to the eye…

And now, the mighty Dylan E. Crampton has taken one 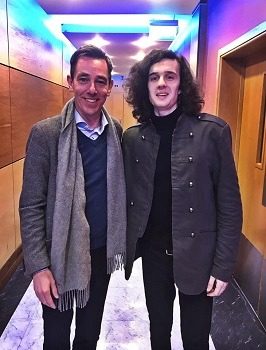 more step on the road to world domination with a live appearance on the greatest TV variety show on de planet, The Late Late Show. 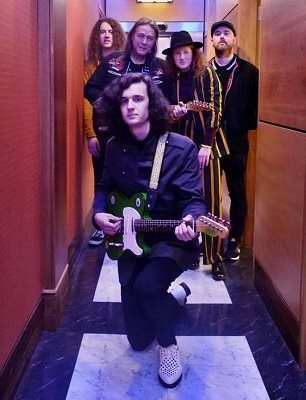 Yep, you read that right. On Friday, April 5th, Dylan E. Crampton unleashed his fine new single, Mr Jimmy, across the nation. And, given the popularity of The Late Late Show with ex-Pats and ex-Marys, around the world.

Which is only right and proper, given the simple fact that this 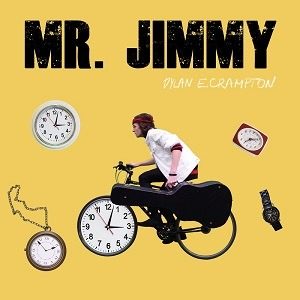 retrobate has been consistently delivering the kind of perfect pop thrills that John, Paul, George and Ringo would happily call their own.

The night was a family affair, Dylan joined onstage by his brother, Elliot, sister, Claudia and pop, Stuart,

along with good buddy – and the future rock god’s official videographer – Oscar Hackett. Mum, Val, had to settle for screaming the house down from her seat in the audience.

We reckon it would be fair to say that Ryan Turbidy was blown away, referring to Dylan’s appearance on The Late Late Show as the band’s “first time, but not their last time” on this somewhat popular little TV show.

So, congrats to The Partridge Family On Acid – it was sweet to witness one nation falling under Dylan E. Crampton’s poptastic groove.

Another wonderful entertaing article from Paul at the Greystones Guide, thanks Paul. Look how little Dylan was when he started busking on Grafton Street aged 11yrs. Roll on the Late Late.