It was the year that gave us The Simpsons, Prozac, Dirty Dancing, The Joshua Tree and the first time 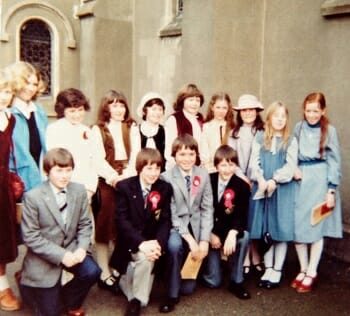 DNA was used in a criminal conviction.

Which might just go some way to explaining the motley crew who did their leaving cert at St David’s Secondary School that same year.

That’s a bunch of ’em, left, in younger days, vowing to God that they’ll be good boys and girls. Sadly, our efforts to recreate this touching photograph were scuppered by the 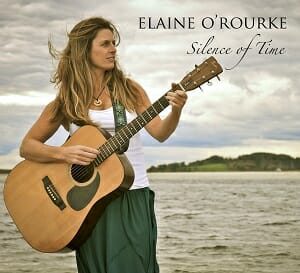 fact that eight of those present are currently in prison, rehab or are inmates at The Windgates Home For The Feintly Bewildered.

Those running free, or able to swing a day pass, will no doubt be winging their way to The Burnaby pub on Wednesday, 27th December, for the St David’s Class of ’87 reunion shindig.

Kick-off is 8pm, and the party is being organised by Greystones exile Elaine O’Rourke.

Fresh from releasing her debut album, Sister, Can You Spare A Feeling?, you can contact Elaine through the Facebook event page here, or email yogawaves@hotmail.com.

You can check out a bunch of other St David’s reunions right about here.

My confirmation photo, I only did one year in David’s