Getting To The Meat Of The Matter 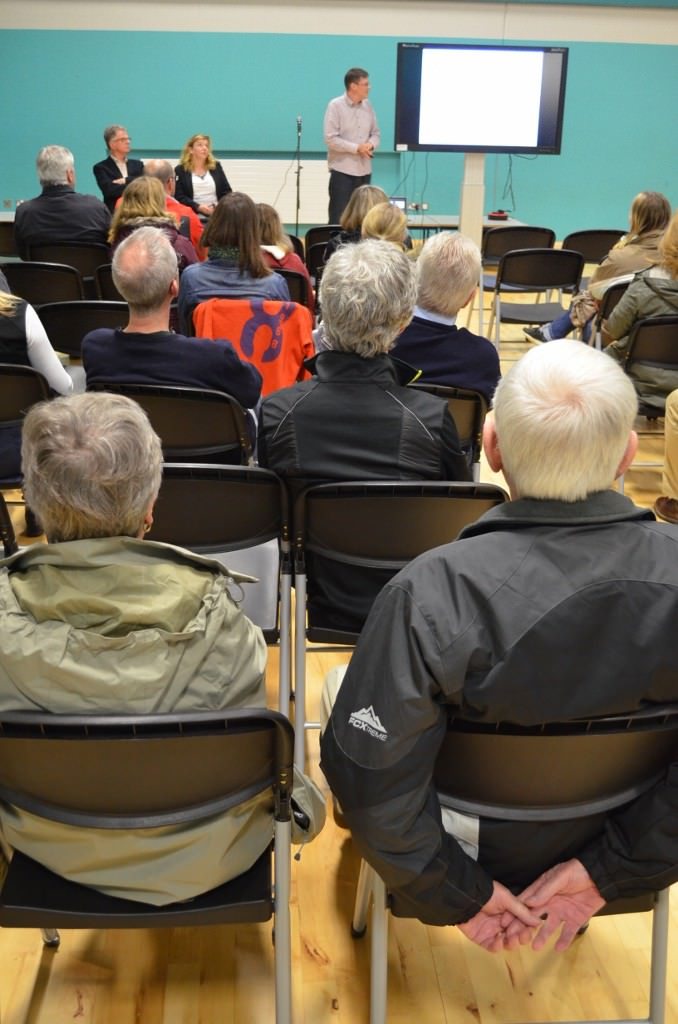 The attendance was relatively low but the emotions were undeniably high at tonight’s meeting in Greystones’ Educate Together, all those present strongly against McDonald’s setting up shop beside three of our schools in Blacklion.

From the start of the presentation by Phil Moyles, Liz Dillon and Basil Miller – who have been sprearheading the campaign to stop Big Mac becoming part of our little kids’ daily curriculum – the facts and figures made for grim reading. And the fact that McDonald’s have now, after many attempts, gotten their planning permission, there was also a belief here that we may be too late. The horse meat had bolted. 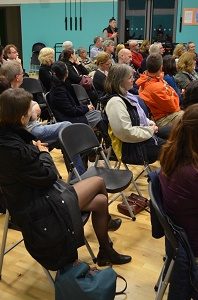 Plainly, it’s a tough road ahead for those who believe that Greystones would be better served if McDonald’s found another spot around the town. The first option discussed would mean legal costs of €25,000 if the courts ruled in our favour, and €400,000 if they didn’t. According to the lawyers consulted, taking this judicial review approach also had less-than-heartening odds of just under 50/50 for a Greystones residents win.

Adding further cold water to the idea, local TD Stephen Donnelly reckoned that the real cost of a judicial review could be at least double the amounts mentioned and the odds should be halved, given just how big a fight McDonald’s would put up. Situated on such a prime site would see McDonald’s enjoy yearly profits in the region of €6m. You’d be happy to spend a million or two on crushing a rabble of rowdy villagers to secure that level of rich pickings, right?

And it would take a heck of a lot of cake sales and coffee mornings to come up with the minimum €400,000 needed to even consider getting in the ring with Ronald McDonald. For that sort of money, you’d need big, big money from big, big sponsors. Say, the likes of Burger King. And maybe Aldi. 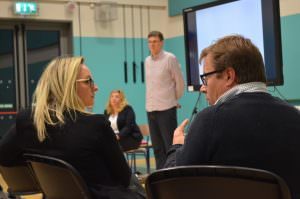 As the evening progressed, the idea of grassroots protesting took hold, both outside McDonald’s in Bray and Lidl here in Greystones – the latter because they are the ones who have yet to sign the lease on the land McDonald’s need. What did become clear is that this is not just a Greystones issue, but a national, and even international, one.

With the right kind of campaigning, the major media outlets would soon pay attention. One person present oversaw TV3 News for many years, and he signed up to join the fight. Another had connections in Newstalk, and promised coverage there.

You got to hit these big corporations right where it hurts. Straight in the McNuggets. And to them – especially in these viral times – that’s bad publicity. Spreading around the internet like a chip pan fire.

So, this may be the start of something much bigger than just a bunch of Greystones schoolchildren losing the ability to see their own toes. This could be the beginning of a national rallying cry. And the fight won’t be about raising money – it’ll be about people rising up. 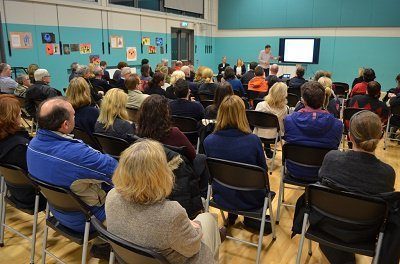 Even those in Greystones who argue that everyone, everywhere deserves easy access to Freedom fries might recognise the stupidity of plonking the world’s biggest fast food outlet right in the centre of a buckling traffic junction that’s already one big car park twice a day. It might help also if these Mac fans imagined Denis O’Brien in a clown suit, blown up to the size of Godzilla. We’re not dealing with old McDonald here, and pretty much nothing that passes over his counter comes from anything even closely resembling an actual farm.

Or maybe people think this problem will just sort itself out. Like the harbour.

It was good to see some of our public representatives out tonight too. Just two of them – Tom Fortune and Donnelly – in person, whilst Simon Harris sent along a representative. For the rest, perhaps McDonald’s in Greystones is just too much of a hot potato?

Still, people left the meeting tonight with at least a glimmer of hope. If you can’t afford a big boulder to bring down Goliath, then maybe a million small stones will do the trick…

Find out more on the campaign’s Facebook page here. The full minutes from the meeting (issued a day later) are here.
In the meantime, here’s the closing statement from Basil Miller at tonight’s meeting, and an interesting point or two from a Joker’s fan…

Car Park Flooding No Fun For Our Council Workers