Going Back To His Roots 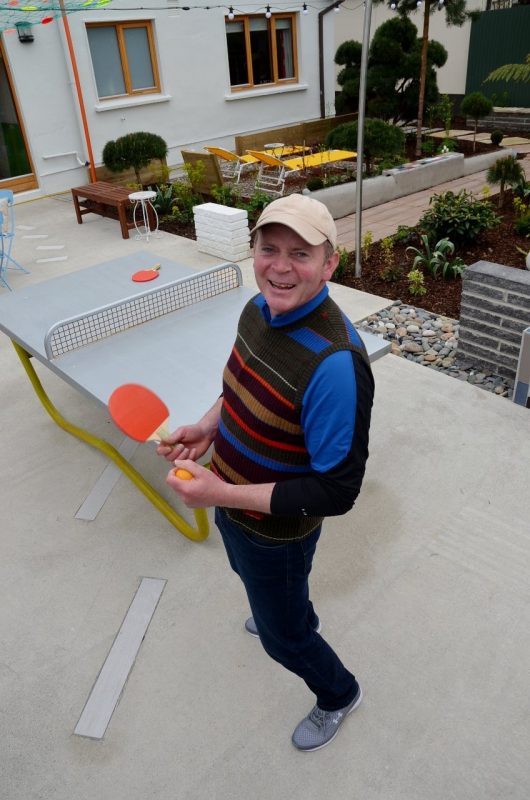 It’s just the kind of surprise visit every 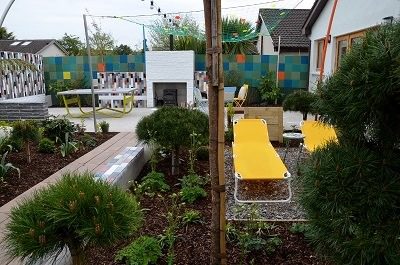 lazy-ass homeowner dreams of happening to them…

A hit TV series comes knocking on your door, asking if it would be okay to they filmed a great big – and free – 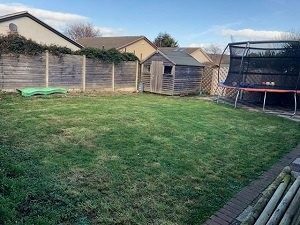 makeover at your humble and plainly shabby abode.

Boom! That’s just what happened to Alan and Jane McCarthy down 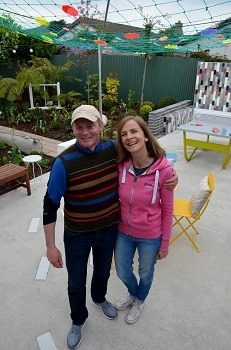 Redford Park way, when the producers of RTE’s Super Garden came a-callin’. Their home was spick agus span, but, stepping out the back door you were greeted with one sorry looking shed and a lawn that not even a goat could love.

But all that was to soon change. Having just wrapped up on Sunday, April 7th, local 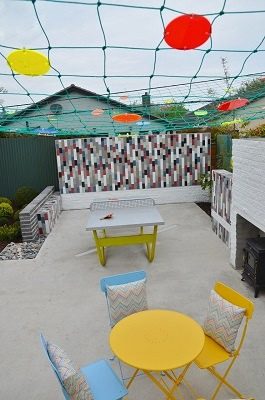 award-winning garden designer Dermot Davis had just 28 days to transform a jaded back garden into a paradise of colour, cosy corners, comfy chairs, roaring fires and all sorts of other outdoor fun and games.

Including a rather tidy, custom-built table tennis corner, where every ping of every pong rings out with a resounding and satisfying twang.

Having established himself as one of the finest garden designers and

conservation horticulturalists in the country during the boom years, young Dermot – who is part of the Davis Motorsr clan of Willow Grove – stepped back into the limelight at last year’s Bloom festival in Dublin, winning a distinction for his Postcard Garden. With a new design in the running for this year’s 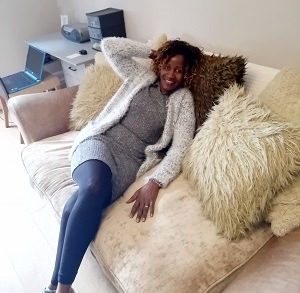 annual landscape love-in – the biggest in the country – at the end of May, the chance to compete alongside four other designers in RTE’s ratings hit has clearly inspired Davis to be even more daring than usual with his ideas. 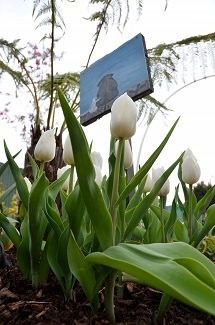 minted magical oasis. Complete with, we kid you not, sun-driven disco lights on the patio.

Working on the theme of Sun & Games, Dermot is quick to point out that he had a lot of help making that 28-day deadline, with the likes of electrician Dermot Hackett, the Stone & Tile Studio, Yoruba in Kilcoole, Dave Kelly at Higcon Construction, and Martin Nash, from the Tiglin Teen Challenge, just a few of those who helped make this 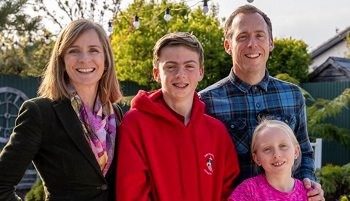 “Most of all, I’ve got to thank my family and friends for lending a helping hand,” says Davis. “Especially my fiancee, Martha [above, right], who also just kept me focused, kept me inspired…”

So, a man definitely back in the game, and ready to create some more garden magic. In the meantime, let’s take a stroll through some Sun & Games…

You can  find out more about RTE’s Super Garden here, Dublin’s annual Bloom festival here, and get in touch with Dermot directly on dermotcdavis@gmail.com.