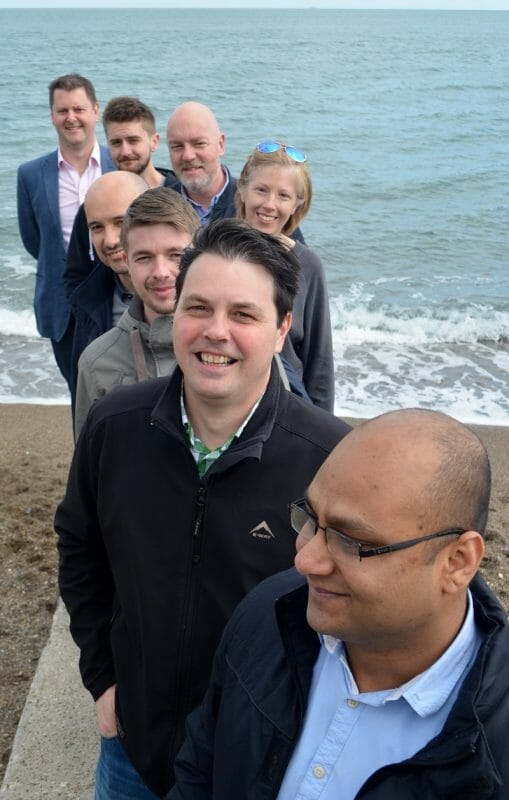 Greystones grooviest geeks, Goldfish.ie, have been in touch about their big night out at the National Enterprise Awards at the weekend. 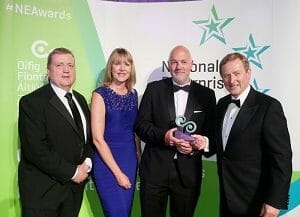 Gordon and his telecommunications gang not only walked away with the regional award, but they also got to rub shoulders with Enda Kenny.

Just before he’s mounted into cannon and shot into the political wilderness.

Greystones-based Goldffish.ie has won a Regional Award at this year’s National Enterprise Awards (on May 25th), which is organised by the Local Enterprise Offices every year to celebrate Ireland’s micro-enterprises.
The company founder, Gordon O Neill, was presented with the South East Regional Award by An Taoiseach, Mr. Enda Kenny TD; the Minister for Jobs, Enterprise and Innovation, Ms. Mary Mitchell O’ Connor TD, and the Minister of State for Employment and Small Business, Pat Breen TD, at a black-tie ceremony in the Mansion House.
Goldfish.ie are an Irish telecommunications company with a staff of nine who provide cloud telecommunications services and contact centre management technology to businesses across Ireland, Europe and South East Asia. The business was founded in 2010, and has achieved high levels of growth every year since. Initially their customer base comprised sole traders and small companies, now however they also provide telecoms services to major international blue chip corporations including Dropbox, IDG Direct, SISK Group and Hello.ie. 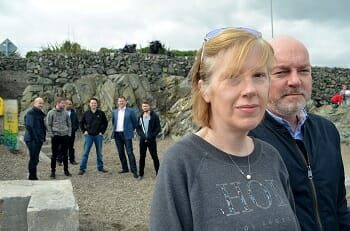 Speaking at the National Enterprise Awards ceremony in the Mansion House, Sheelagh Daly Head of Enterprise with Local Enterprise Office Wicklow, said: “Micro-enterprises make up more than 90% of all businesses in Ireland and they are powering the national and local economy with the Local Enterprise Office as their ‘first-stop-shop’ for accessing enterprise supports. I would like to pay tribute to Goldfish.ie and their hard-working team and I want to congratulate them on winning this national award in recognition of their achievements.”
Born and bred in Greystones, Co Wicklow, where Goldfish.ie is headquartered, Gordon O’Neill has taken great pride in establishing and growing a successful company in his hometown. Gordon has worked in numerous countries – from BMW in Germany to the service industry in the US – returning to Ireland he put his wealth of experience to good use in the burgeoning local technology sector. Delighted to receive the award which recognises excellence in enterprise, Gordon O’Neill acknowledged and thanked the Local Enterprise Office Wicklow for their ongoing support of the business.
The Taoiseach, Mr. Enda Kenny T.D. speaking at the Awards said: “Congratulations to all the micro-enterprises and small businesses that are being honoured and celebrated through the National Enterprise Awards this year. The winners here tonight are examples of the confidence, ambition and creative talent at Ireland’s core.”

He added: “Local Enterprise Offices exist to help small Irish companies starting out. Since the LEOs were established in 2014, they have supported in excess of 11,000 new jobs. We will continue to deliver on that potential, continue to unearth the new generation of entrepreneurs and continue to promote a culture of self-help and self-start, across every county, parish and community in Ireland. Unemployment has dropped from 15.4% to 6.4% in recent times and LEO offices have played their part in this. Jobs are now growing in every region in the country.”
Minister Mitchell O’ Connor said: “I am delighted to join An Taoiseach, Minister Breen and the Local Enterprise Offices to celebrate the outstanding entrepreneurial achievements of Ireland’s micro and small businesses at the National Enterprise Awards. My priority as Minister is to ensure that an environment exists that nurtures entrepreneurship, innovation and job creation in every part of Ireland. The Local Enterprise Offices are a key element of that supportive environment and I would like to pay tribute to their vision and hard work.

“Heartiest congratulations to all of the winners tonight, and to all of the participants in this year’s competition who are an inspiration to others to consider entrepreneurship as a career”. 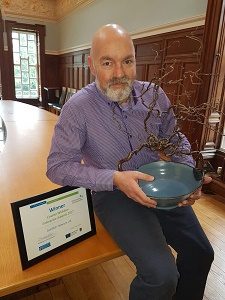 Minister Breen said: “National Enterprise Awards showcase Ireland’s most innovative micro-enterprises and small businesses, putting their stories of success into the national spotlight. As Minister for Small Business, I want to do everything I can to help nurture Ireland’s entrepreneurial potential and to help more people start-up and grow their own business across every region. I would like to join An Taoiseach and Minister Mitchell O’ Connor in adding my gratitude and congratulations to all of this year’s participants, finalists and winners, who are representing the 31 Local Enterprise Offices here in the Mansion House.”
The full list of Regional Award winners at the National Enterprise Awards are:
Acutrace in South Dublin (for the Dublin Region)
Irish Host Family Ltd in Kerry (for the South West Region)
Broghies Ireland in Kildare (for the Mid East Region)
Pip and Pear Chilled Baby Food in Waterford (for the South Region)
Goldfish.ie in Wicklow (for the South East Region)
Studyclix in Sligo (for the North West Region)
Aphix Software Ltd in Louth (for the North East Region)
9th Impact in Galway City (for the West Region)
Ms Sheelagh Daly, Chair of the Network of Local Enterprise Offices, and Mr Oisin Geoghegan, Chair of the National Enterprise Awards’ organising committee, also spoke at the ceremony.
All of the award winners share a €40,000 prize fund from the Local Enterprise Offices, to help fund expansion and further growth.
The judges this year were Michael Hanley (former Head of Enterprise with Local Enterprise Office Cork North and West), Barry Egan (Regional Director with Enterprise Ireland) and Anne Cusack (entrepreneur and founder of Critical Healthcare in Westmeath, a medical emergency product supplier)..

The full list of results and details about the supports available to micro-enterprises and start-ups through the network of Local Enterprise Offices can be found here. You can find out more about Goldfish.ie right about here.

Tidy Yourself Up, Greystones!

Stations Of The Craic