Last Of Original Pear Hippies Put Out To Pasture 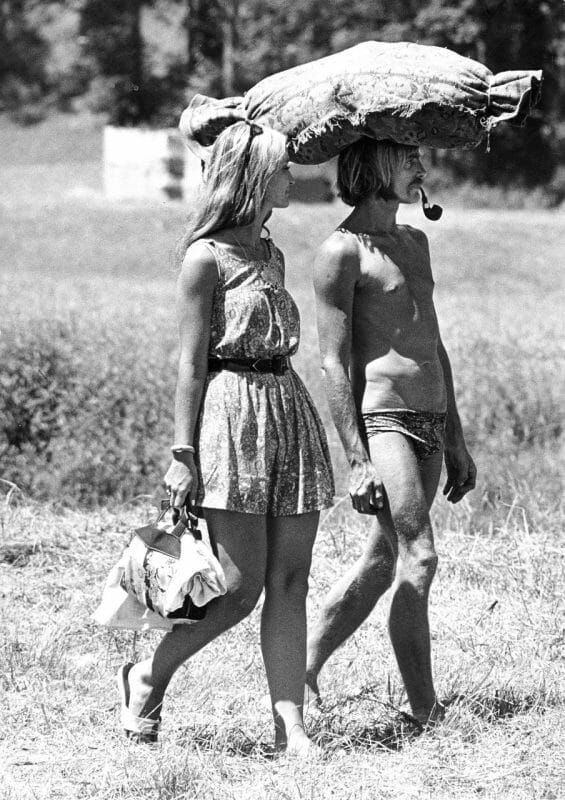 When Mary Moonbeam and Mick ‘Bongmaster’ Murphy first emerged from the wilds of Newcastle in 2004 and joined the idealistic young Flynnstones as they began their Happy Pear journey, the tree-hugging, sun-worshipping couple reckoned that they’d found a home for life. 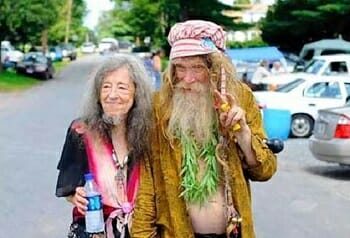 Sharing the twins’ belief in healthy living, early morning swims and walking around half-naked all day, Mary and Mick were a perfect fit for the Pear. 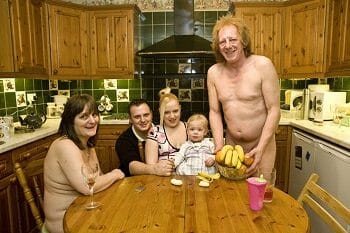 A quick shave for the grandchild

Over the years though, as those early, simple ideals became big business, Moonbeam and Murphy struggled to keep up. As the Happy Pear began to get bigger and bigger – and then a little bigger – this wide-eyed and innocent young couple began to feel smaller and smaller. And older.

“When I look back on how we were when we first joined The Happy Pear to how we look today, just 13 short years later, it really freaks me out, man,” says Bongmaster. “It was like, we got busy, then busier, and then, you know, tunnel vision. In the end, we’ve been buried in that kitchen since 2008.”

Having come blinking back out into the light last weekend, Mick and Mary realised that much had changed since they went underground. And, just as tellingly, they didn’t recognise  even one of their co-workers. 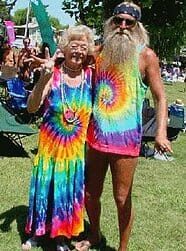 “Coming out of that kitchen was like stepping out of the Tardis,” says Moonbeam. “Complete with the big waft of smoke billowing out the door. It was like stepping into an alien world, the place was all so shiny, and sparkling, and new. I just shouted out to the nearest kitchen porter, “You, boy, what year is this!?”, and I couldn’t believe it when he said it was 2017. We’ve been making Sally’s Seedy Cookies non-stop for ten feckin’ years. Non-feckin’-stop, man!”

The couple knew their Happy Pear days were numbered when they each failed the compulsory 10-hour smile test. Miserably. “I could only manage six minutes before I started crying,” continues Moonbeam, “and if Bongo tries to lock his face into any kind of expression that takes effort, he always, always starts breaking wind...”

And so, it’s the end of an era, as the very last free-range, organic and GMO-free Happy Pear staff members shuffle off to pastures new. Mick and Mary hope to join Mellen, Siobhan, Cathy, Dorene, Sara and other Pear veterans in the newly-established Retirement Centre For Feintly Bewildered Hippies, a papier máché-&-spit-constructed communal wigwam hidden deep in Bellevue Woods.

At the time of going to press, the Flynnstones were unavailable for comment, as Monday is Nude Money Fight day.