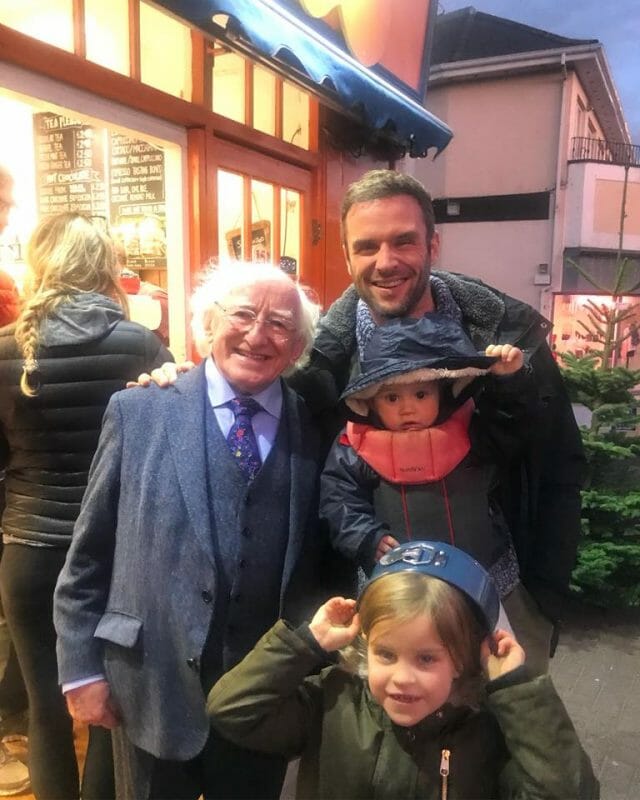 He is, of course, pretty much the coolest President 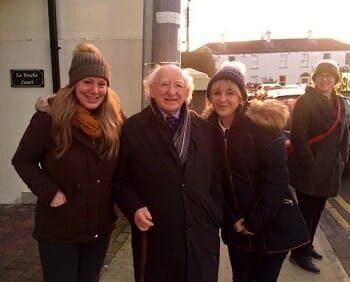 And today, the mighty Michael D. took a stroll through the coolest town on the planet.

Initially, we were sceptical about this, given our source. A source that just happens to be a turkey. Who’s been stuffed for over 25 years now.

afternoon is anyone’s guess, but, we have a hunch that he might be looking for a new pad for when he has to vacate Áras an Uachtaráin.

And, given the high international standing our minute President has, he’s no doubt hoping to move into something a little bigger.

So, naturally, he came mansion-hunting in Greystones. We reckon. 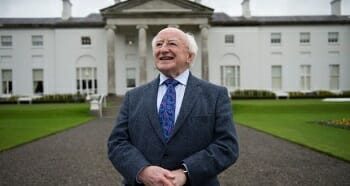 Then again, maybe he came in search of Shay Clear. Just so the diminutive head of state might finally have someone to look down upon.

Young Higgins did stop for photos, posing with such beautiful locals as Lacey Reade and Sophie Redmond [above, left] and the Flynnstones. If you’re another one of the lucky ones who got their snap with the chap, let us know on info@greystonesguide.ie, so we can share your moment of fame with the world.

Branching Out At The Schoolhouse For Art