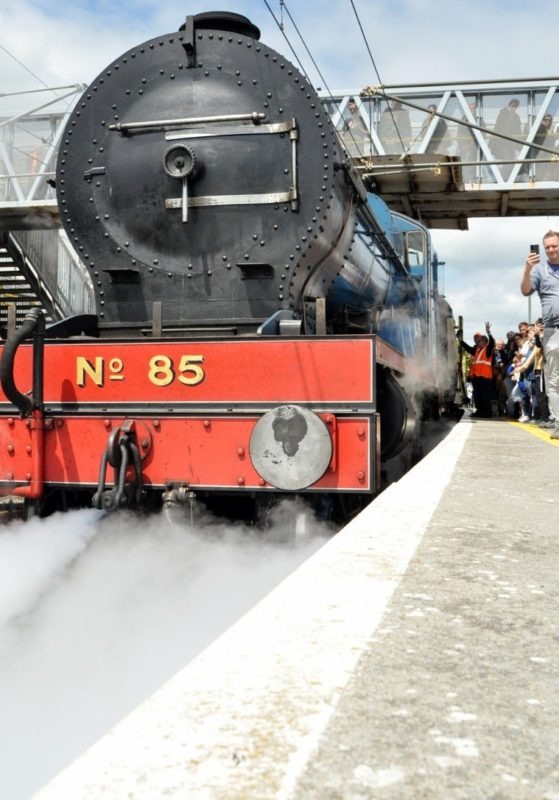 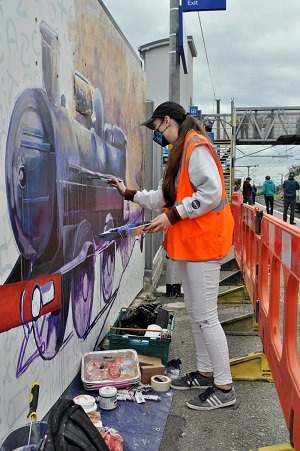 On the tracks, it was the old steam train Merlin No.85, doing a few Sunday round-trips from Wicklow Town, and then back to Dublin.

On the platform, alongside all the families and train enthusiasts, local artist Mary-Kate Hardy was starting out on a 45ft mural – one 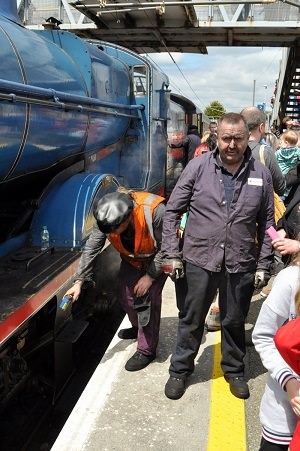 of her largest ever undertakings – that would depict not only Greystones relationship with such steam-driven beauties as Merlin but the town’s nautical history, its everyday people, that symbolic bear and beyond.

“It’s a nod to our past,” says Mary-Kate, “but also a nod to the fact that the past, the present and the future are all one. Every generation becomes part of the next generation’s history, and that timeless quality is something that I wanted to capture here.”

An artist impression of an artist’s intentions

And that timeless quality is something that the Greystones Town Team, the Greystones Tidy Towns gang and The Whale are celebrating with a major makeover of our train station. With a little love and understanding from Irish Rail, of course. 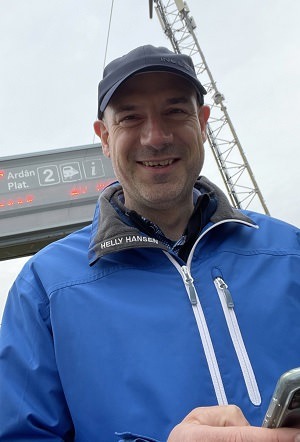 Spearheaded by Ross McParland and Dermod Dwyer, the plans include a series of portraits of the town’s culturally rich and historically significant, including the likes Samuel Beckett, Ronnie Drew, Averil Deverell and Elizabeth Whitshed-Hawkins. Painted by local artist Tom Byrne, each portrait is being photographed by Gillian Buckley and then embedded in 3m x 1.4m steel totems by precision craftsman Billy Griffin. 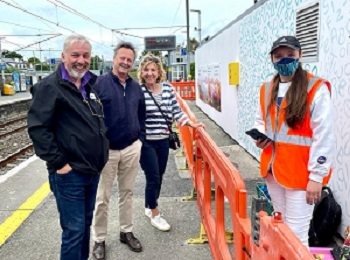 And to make all this magic happen, the shout-out went out for sponsors back in April, with many of the portraits now happily coupled with patrons.

“The mural is really the centre piece to all this,” says Mary-Kate. “So, we’re all hoping to get this one sorted by the time I’m finished the work in about six or seven weekends. 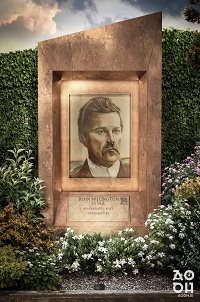 It’s going to be a wonderful thing for visitors to see as they arrive into Greystones, and it’s going to be perhaps even more of a kick for those who live here…”

As Merlin took a whole new bunch of passengers in Greystones, those making sure the steam train got from there to here, and back, were keen to check out the first part of Mary-Kate’s 45ft jigsaw. A steam train. 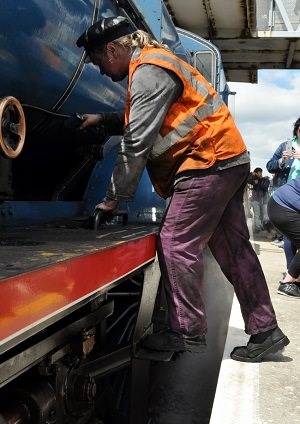 “It’s just great to see the steam train being celebrated like this,” says local lad Nicky Cox, a longtime Railway Preservation Society of Ireland volunteer who likes nothing better than being sooted and booted. “There’s nothing quite like the real thing, of course, but this mural will be a great reminder of Greystones’ transformation with the arrival of the steam train.”

You can find out more about sponsoring this 45ft love letter to Greystones by emailing ross@whaletheatre.ie, and explore other options for joining the party here.

In the meantime, Mary-Kate gives us the lowdown on her magnificent monster of a mural…