It’s long been a held belief around these parts that 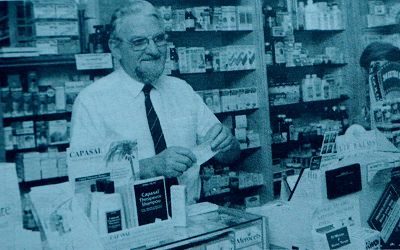 you’re never more than ten feet away from a cup of coffee.

And thankfully, as Fiona Roche relaunches the family’s much-loved Blacklion pharmacy, this smart cookie has our caffeine lifeline sorted.

Yep, Fiona Roche Pharmacy will have a coffee machine just

inside the door. For anyone who might not be able to live without their java fix for more than 5 minutes.

Back when the late, great Charlie Roche first opened up this iconic chemists, Greystones was a slightly different place. Jump back 45 years,

and if you’d asked Charlie for a caffeine kick, you probably wouldn’t get any caffeine, but you very well might get a kick.

If not from Charlie, then, quite possibly, the goat waiting outside, who was often tied up on the green at the front of Roche’s chemists by its owner.

Just as Fiona is thrilled to be taking the reins again on the family pharmacy, young Charlie Roche had pretty much the same rush to the heart when he first opened the very same doors back in January, 1974. Having studied under his 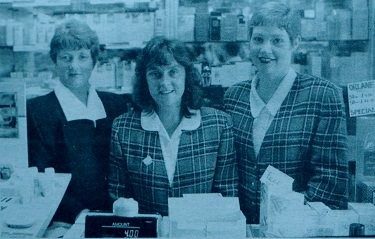 uncles in the famous Roche’s Pharmacy chain – on O’Connell Street, in Donnybrook, and beyond – when the Condell’s grocery shop in Blacklion went up for sale, Charlie saw his chance.

With his wife, Paddy, a doctor, this was a world they knew well, 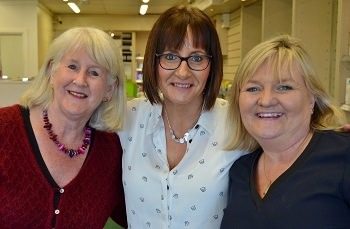 and soon their young family were living in the rooms behind the newly-christened Roche’s Pharmacy. And it wasn’t long before their daughter got the pharmacy bug too, heading to Trinity College to study 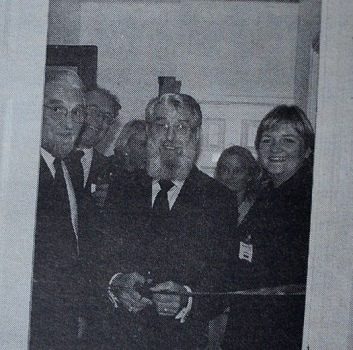 the academic side whilst learning the practical side from her father.

Returning home in the 1990s, after a jaunt to Australia – where Fiona worked both in community and in hospital pharmacies – meant that the family business would carry on, even when Charlie handed in his badge. By 2005 though, with a young

family of her own on the way, Fiona decided to step back from the shop, and lease it out.

As with so many of life’s big gearshifts, Fiona’s decision to relaunch Roche’s Pharmacy this week was made for her, when the previous tenants, Fahy’s, left on shockingly short notice. One night of brainstorming later, and

the old band was back together.

Reopening on Friday, April 12th, at 8am, Fiona Roche Pharmacy is hitting the ground running, with lots of exclusive brands – such as Bronx Colors,

Loccitane, Kokoso Baby Skincare, and SoSu – and, more importantly, quite a few of the old gang back behind the counter.

As we discovered when we caught up with Fiona this afternoon, as she – along with Erica and Claire – got the shop ready for Friday’s big comeback gig…

You can find out more about Fiona Roche Pharmacy on their website here, or Facebook here, or you can get in touch directly on fionarochepharmacy@gmail.com.