My Lunches With Elvis #10: Bochelli’s 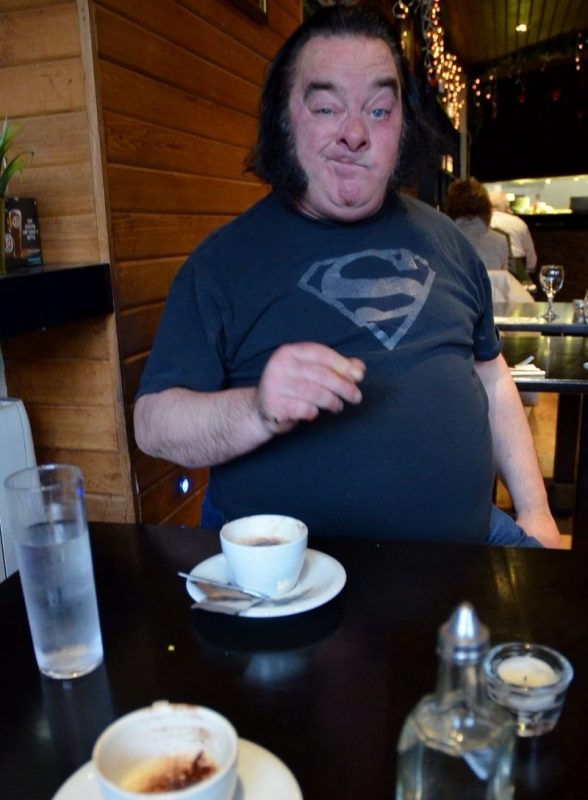 There was plenty Alan Adamson was very, very 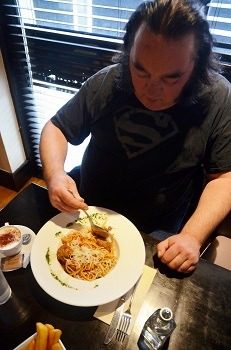 happy about when we sat down for lunch at Bochelli’s on this rainy Wednesday afternoon.

For one, we were in out of the rain.

Secondly, the man was about to get a free lunch. And before Elvis had even sat 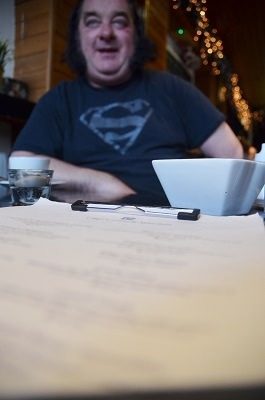 down, he spotted one of his favourites on the Bochelli menu. Meatballs, on a bed of spaghetti, with cherry tomato, chili and basil sauce. A simple exclamation of “Ah, lovely!” was followed two beats later by a very audible smack of the lips.

There was also another reason Elvis was very happy this afternoon. The staff were almost entirely female, and attractive, and, he reckoned, especially friendly. “No doubt,” he whispered when the coast was clear, “because Elvis has come to their restaurant for the very first time…”

will be heading to Bochelli’s again, and again, given just how much of a licking he gave his plate. Still, having mentioned early on that we can’t keep on giving restaurants 1,000 out of 10, or even 2,000 out of 2,000, Alan realised that, this time, it would be best stick to number up to and including 10.

Which may explain why, even though he loved pretty much everything about his rainy day Bochelli’s visit – including “a free feckin’ mint!” – The King’s verdict was a little on the conservative side for a change. He gave it 1 million million out of a gazillion..

You can grab some more Lunches With Elvis right here.

Year Of The Salmon Launch At Greystones Harbour