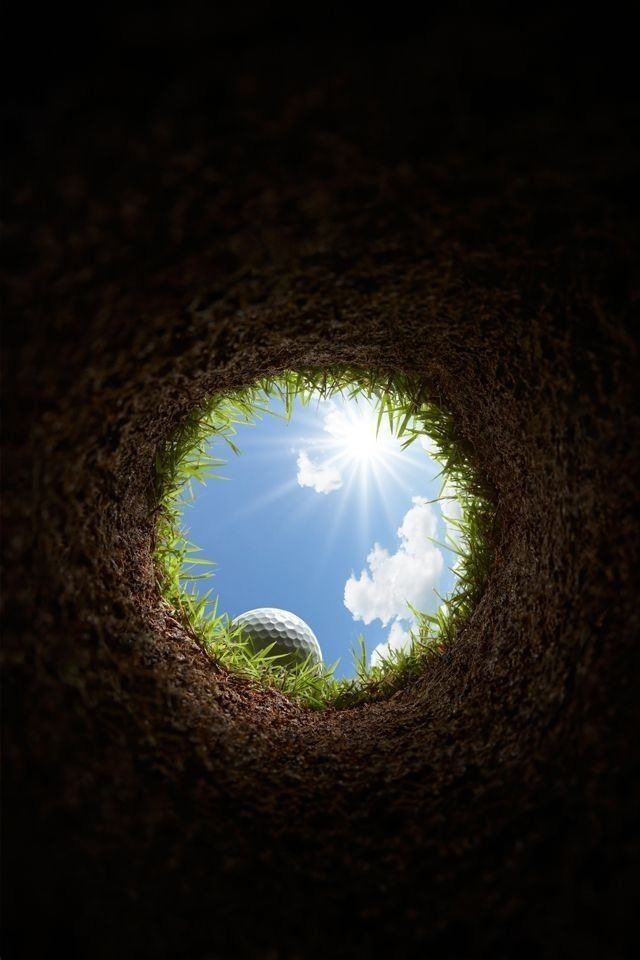 Having charted his historic day playing the Irish Open Pro Am on Wednesday, May 18th, 2016 in three earlier diary entries, Greystones golfer Rob Lawless is on the home stretch here, with his fourth and final account of the day…

You can read the earlier outings here, here and here, and you can read Rob’s fine golfing blog, Straight Down The Middle, right here.

Take it away, Rob… 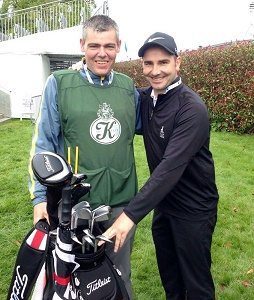 “As you walk down the fairway of life you must smell the roses, for you only get to play one round. ”

Arriving on the 4th tee we noticed a delay ahead and had to wait a few minutes before we got to tee off. This was a common trend for the rest of the day; the round took just shy of six hours. Not that I was complaining as I would have stayed out there all day, but with the average round lasting roughly four hours you could see why others would get annoyed.

The delay on the tee was a great opportunity to talk to Michael and his caddy Gerry. We got chatting about basic golf stuff, his past victories, etc. I was keen to hear funny stories he’d had in previous pro ams. He started telling us about the Russian Open. Michael was waiting on the first tee when a giant of a man arrived beside him, the plastic wrappers still on all his clubs. Basically, he’d never ever played before. Michael said he was your stereotypical Russian, reminding him of Ivan Drago from Rocky 4. 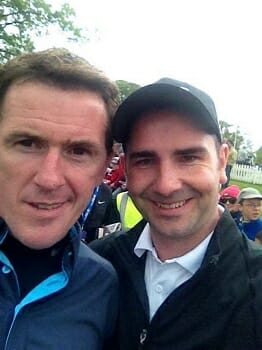 This guy was so bad that word spread throughout the course and other players and officials stopped what they were doing to come over and watch him.

I know, not the funniest story ever, but it led to Gerry telling us a humdinger. He wasn’t caddying for Michael in Russia that week; he was on Lee Slattery’s bag, who would go on to win the event. Part of the presentation party that week was Chelsea owner Roman Abramovich. After, in the clubhouse, Roman and his security came up to congratulate Lee again and say his goodbyes, when Gerry built up the courage to say to Roman, “I hope you enjoyed lifting that trophy, because its the only one you’ll be lifting all year…”. 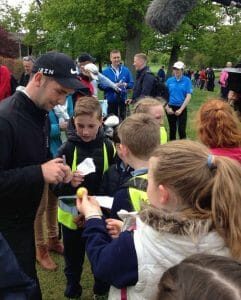 I turned to Ken and said he’ll have to lay this up, but then he pulled out the fairway wood, composed himself and hit what can only be described as a magical golf shot. It rose over the trees and landed about twenty feet from the hole, eagle putt. Which he calmly rolled. Pure class.

Writing the blog for the last year or so I’ve been keeping an extra eye on golf coverage and I’ve mentioned in other posts how much it annoyed me hearing the stupid questions presenters would asked golfers post-round, so I was I really mindful of what I asked Michael walking around.

We both hit good tee shots into the par 3 14th, and walked towards the green together when I seized the opportunity to ask another “brilliant” question. “Micheal, does it not bother, you some of the stupid questions you get asked by the reporters, like how you felt over a putt, etc?” 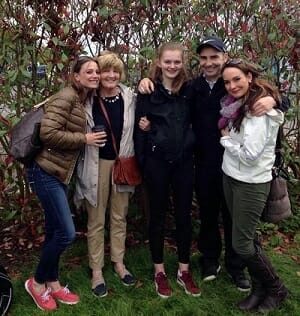 “To be honest Rob, we love getting asked those questions because it means we’re in contention. If we’re not getting asked, we’re doing no good.”

What a great question, Rob, stick to the day job.

Before we knew it, we’re walking down 18, the famous Par 5, it’s all nearly over. Poor Kenny’s shoulder is hanging off him, and we can smell the food, so only one or two more shots hopefully.

Our best drive was a good one but no way could we get the green in two – so, we all hit nice lay up shots.

Two practise swings and bang. The ball came off the club face so sweet, pitched about ten feet short of the hole, big bounce past the flag and spun back and sat on the lip of the hole. No one could understand how it didn’t go in.

But I didn’t care, I got the cheers and claps from the little crowd that was there and and there was no way I could miss that putt on the left, that was for sure. 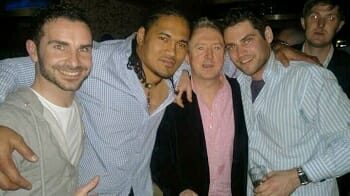 Handshakes and thank yous, and we ran for the showers. The dinner was nice, sitting on a table next to the likes of Dermot Desmond and JP Mc Manus. Rory didn’t bother to hang around. It’s not like it was in aid of his Foundation or anything.

When I did manage to look up from my plate, the one thing that caught my eye the most was my old buddy Niall Horan sitting on his own with his bodyguard. A big table – probably sit about twelve – but he was just sitting there. He looked lost. Made me happy I turned down all those offers from Louis Walsh years back.

It was getting late now, about half eight, and the car was due to pick us up about half nine. So, in our wisdom, we thought it would be best to head down to where we were dropped off, because, you know, if they didn’t let the car up the main drive earlier, they hardly would tonight.

After a long slog we ended up at the entrance of The Smurfit Course and waited…. 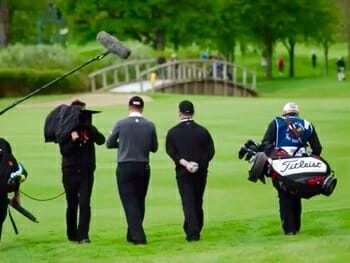 Few text messages later we started to panic. I’d five-percent battery and Kenny had seven. I ended up googling the company and got through to a number…

So we gave it another go on Kenny’s phone. They said they’d get the driver to call back straight away. 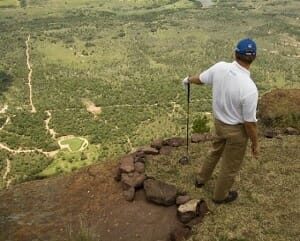 Ring Ring… “Mr Lawless, I’m outside the clubhouse waiting on you.”

“Really sorry, but we made an assumption that’s backfired, and we are actually standing outside the gates of the other course”

“Oh I’m not familiar with the other course – whereabouts is it?”

I never spoke as quick and gave directions.

“Rob, what are we going to do? You may write that number down and if my phone goes, we may go look for a house and knock on the door”

The next ten minutes felt like an hour, but eventually the car got u,s and finally, we were homeward bound.

I arrived home, never as tired in my life, only to walk into the bedroom to find Kim….

Asleep on the left side of the bed.

Is The Greystones Guide Just Too Naughty Sometimes…?