Sending Out An S.O.S.

One Greystones man's family connection to the 1915 Lusitania disaster 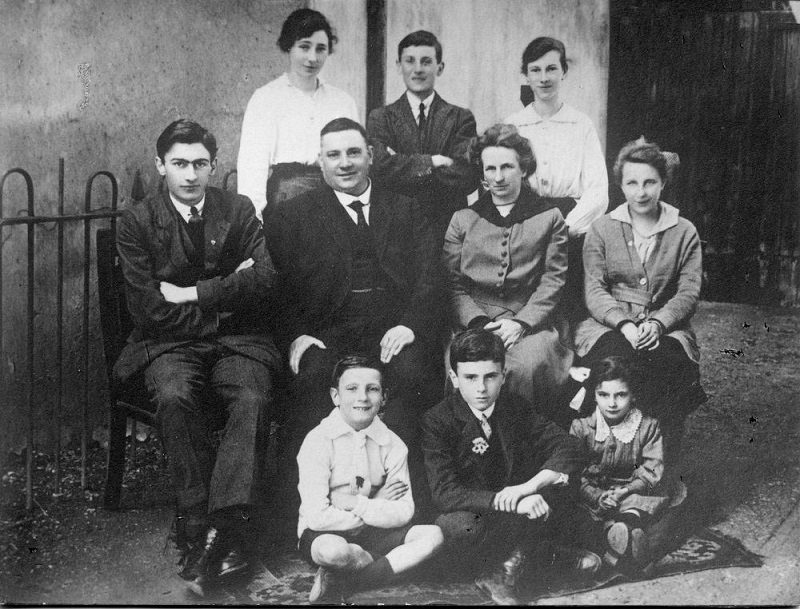 t was on the afternoon of May 7th, 1915 that a German torpedo struck the RMS Lusitania, at the time, the world’s largest passenger ship. 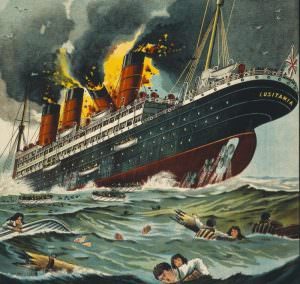 The U-boat attack sunk this 9-year-old ocean liner, causing the deaths of 1,198 passengers and crew. On its 203rd trans-Atlantic crossing, the Lusitania had left New York on May 1st, and was headed for Liverpool.

The fact that the ship was carrying hidden cargo consisting of munitions and contraband destined for the British war effort would have been kept a secret from the Lusitania’s passengers. The Germans suspected there was such a cargo though, and were happy to breach the international laws that prohibited firing upon a non-military ship. 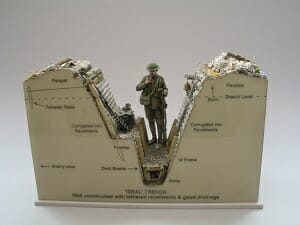 There are those who believe the provocation was deliberate, Britain hoping to lure America into the First World War. Amongst the dead were 128 U.S. passengers.

The Lusitania sank just 11 miles south off the Old Head of Kinsale, with the harsh conditions meaning only six of the ship’s 48 lifeboats were launched. It was the heroics of both the survivors and the Irish who came to their rescue that saw 764 of the passengers and crew being brought to shore.

One of those leading the rescue mission was Jeremiah Bernard Murphy, station manager at Cunard in Cobh. Here, his grandson, Courtney Murphy, a Greystones resident, describes that fateful day…

From as long back as I can remember, my father John Terry (Jack) Murphy would talk about his father, Jeremiah Bernard (Jerome) Murphy’s role in the Lusitania disaster.

On that fateful day, 7 May 1915, Jerome was Station Manager of Cunard at Cobh. Because of the variability of liner arrivals and departures, unusually for the period, he had a telephone extension from the Cunard office to his house. He was in the habit of taking a late lunch and while at home sometime after 2pm on that tragic day, he left the table to take a call. He returned ashen-faced to tell the family that the Lusitania was going down off the Old Head of Kinsale. He rushed out of the house and was not seen again by his family for 48 hours.

I do not have an account of how he spent those harrowing 48 hours but can only surmise that he put body and soul into it, first in trying to organise rescue (the British navy, based within hailing distance at Haulbowline, would not go out of the harbour for fear of themselves falling victim of the U20 which we now know sank the Lusitania), getting the survivors new clothes and lodgings, and having the bodies catalogued by clothing or jewellery for later identification.

My father, Jack, then 8 years old, was forbidden to leave the house, but an older sister sneaked him out. To my father’s death, in Wicklow, 90 years later, he would talk of seeing lines of bodies laid out along the quays and in boat-houses. 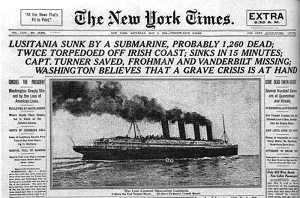 For his efforts, Jerome was recommended for an MBE by the Cunard line. Unfortunately, as recounted in the article in the Sunday Independent by my cousin Bayveen O’Connell, while in London to receive his award from King George, he suffered a nervous breakdown, went on an alcoholic binge and was traced only two weeks later with the help of the Salvation Army. Thereafter his life went rapidly downhill –his marriage broke up, he was demoted to clerk in the Cunard office and died a broken man exactly one month after my birth in 1944 – so, I never got to know him.

Jerome’s MBE medal and certificate are on display in the Lusitania exhibit in the Cobh Heritage Centre.

I can claim one small part in originating the annual commemoration in Cobh. The monument in the square has been there since 1945. It was on a visit with Jack on Lusitania Day 2003 that I arranged to have him interviewed nearby by Tom McSwiney, then RTE Cork correspondent. 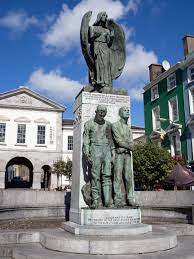 The interview was subsequently broadcast in the popular RTE Radio 1 maritime series Seascapes. I had brought a wreath from Greystones and Tom interviewed me as I laid it at the monument. Tom asked me about laying the wreath, and obviously some people heard me replying that I wished there were an annual commemoration.

That has happened every year since, culminating in the centenary one last year.

You can catch Courtney on America’s CBS News here – at the 3.35min mark.

Postcards From Greystones’ Past