Shooting From The Lip It’s a well-known fact that we here at 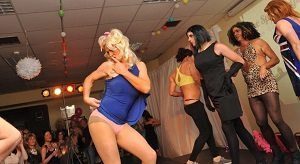 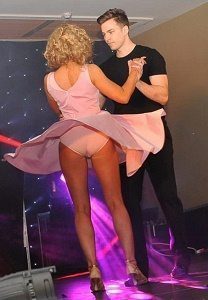 Well, it took us a while, but it would appear that the answer was

right under our noses all the time.

Trust that sly John Glynn to employ the old Hide In Plain Sight method when it came to finding an outlet for all the pent-up sexual kinkiness that bubbles passionately just below the surface in this quiet little town.

You only have to look back at the rugby club bash in June 2014, where all the local lads were encouraged to go full Dancing Queen. And then there’s the Strictly From The Movies outings, which seem to be largely an excuse for sexed-up contestants to show off their knickers. 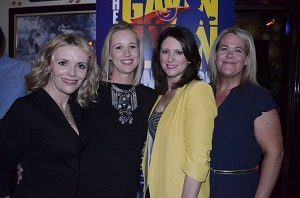 lovely Lynda Pegman, Sinead O’Carroll and Kayren Griffiths (who, to be fair, were possibly unaware of John Glynn’s cunning Trojan plan) – and once again, the night boasts a motley crew of local deviants, cross-dressing, gyrating and generally acting like stripograms on coke. 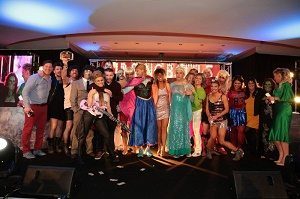 And that’s just the audience. 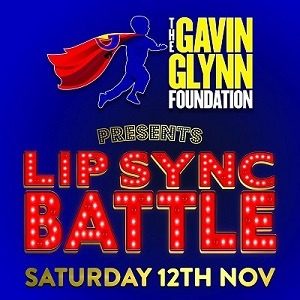 And we’re just fuming that we missed it.

Thankfully, the firm-buttocked young Alan Rowlette was there to take the shots for the Gavin Glynn Foundation, and a clearly battered John took the video below – remembering halfway through that it’s best to hold your phone horizontally.

The depraved boys and girls who took part – including MCs Laura Wood and Maclean Burke – raised €33,500 by raising the roof over at the Parkview Hotel in Newtownmountkennedy. Nice work. You sick fecks.

Check out our March 2016 interview with young John Glynn right about here.

Talk About A Good-Looking Family…