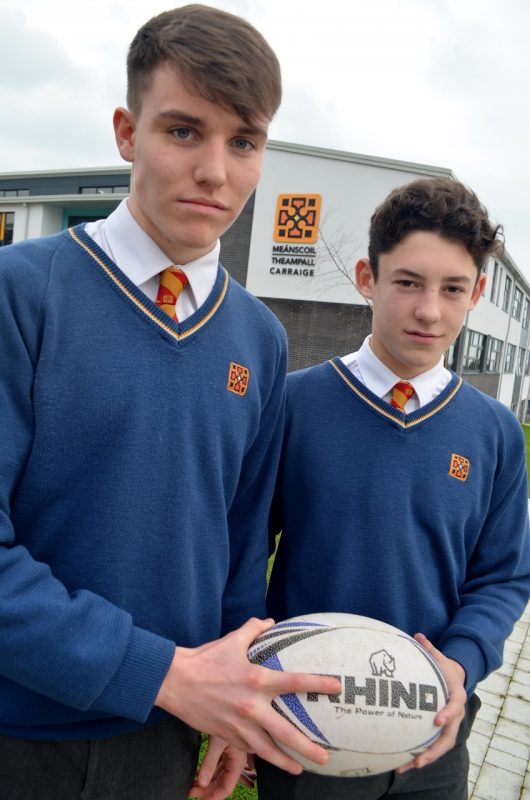 When it comes to success stories, it’s very rare that greatness happens straight off the bat. 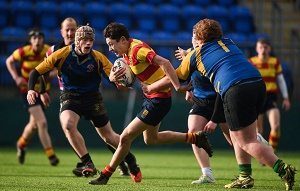 Whether it’s in arts, sports or science, that moment of greatness is usually hard-earned. And riddled with years of struggle and failed attempts.

Every now and then though, a bolt out of the blue blasts on through to the other side. Without warning, a Catcher In The Rye, a Citizen Kane, Jackie Robinson or Unknown Pleasures comes along, fully-formed and pretty much perfect in every conceivable way. 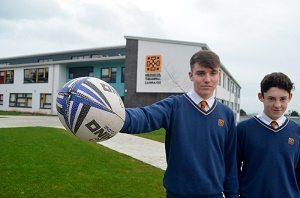 It must have felt a little like that for Captain Patrick Kieran and Vice Captain Jack Ryan last Thursday when they led Temple Carrig’s junior rugby team through their first-ever championship tournament, and made it through to the finals of the Bank of Ireland Fr Godfrey Cup.

Playing a brave St Mary’s of Drogheda, this rookie team romped home in the second half with a 44-17 victory, and are now all set for the big showdown with Belvedere on Wednesday, February 8th.

Whatever the outcome of that match – and the whole town will be rooting for the boys – there’s no question that Temple Carrig’s juniors have arrived with a mighty impressive bang. The only non-fee-paying school of the 16 qualifying for the Leinster championship, it’ll be interesting to watch Temple Carrig’s progress over the coming years, given such a glorious start.

We caught up with Patrick and Jack this afternoon down at Temple Carrig, whilst one of their two fine coaches, Mark Crean (the other being Henry Hurley), kept a close watch on GG’s language…

Donnelly Goes Over To The Dark Side

Let’s Face The Music In Dann’s