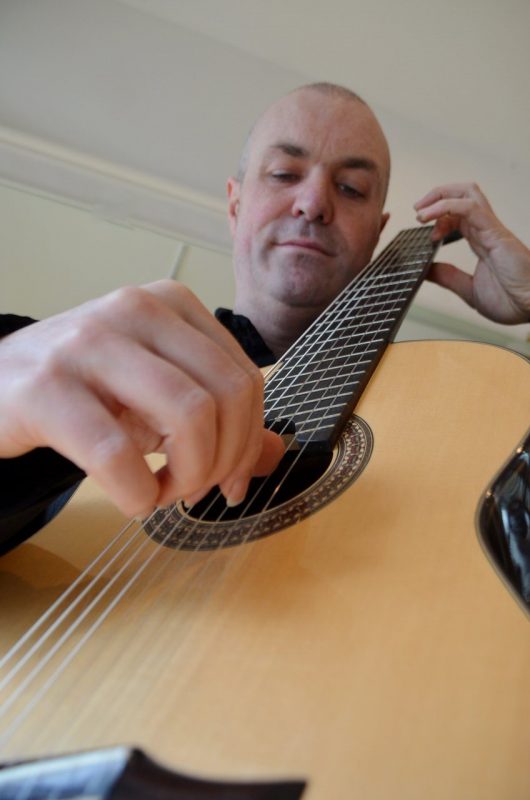 Be the jiggers, there’s something pretty amazing about

witnessing up close an ancient instrument 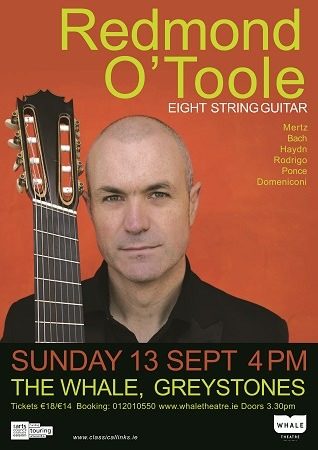 Such was the case this afternoon down at Greystones Studios, when Redmond O’Toole casually made his Brahms 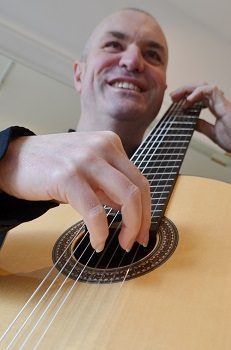 guitar chime and charm, treating this eight-stringed instrument like an extension of his hands.

Which, given that the Bray lad has been playing this guitar for, oh, about 437 years now, should hardly be surprising.

One of the country’s most respected classical guitarists, having played all over the world, in the finest halls and at the grooviest festivals, Redmond O’Toole is bringing 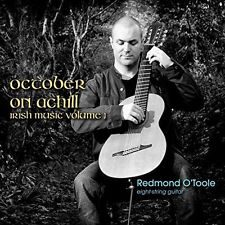 You can find out more about the lad himself on his Facebook page here and catch his June 2020 Hugh Lane online concert here – oh, and go grab a copy of his fine 2013 recording October On Achill here.

In the meantime, we pull up a foot stool to talk about early influences, keeping the spirit of rock’n’roll in classical music, and why size really does matter…

You can check out Redmond’s Sunday concert at The Whale on September 13th right here.

Brian Gurrin & The Spiders From Madeira