The Queue & The Whale 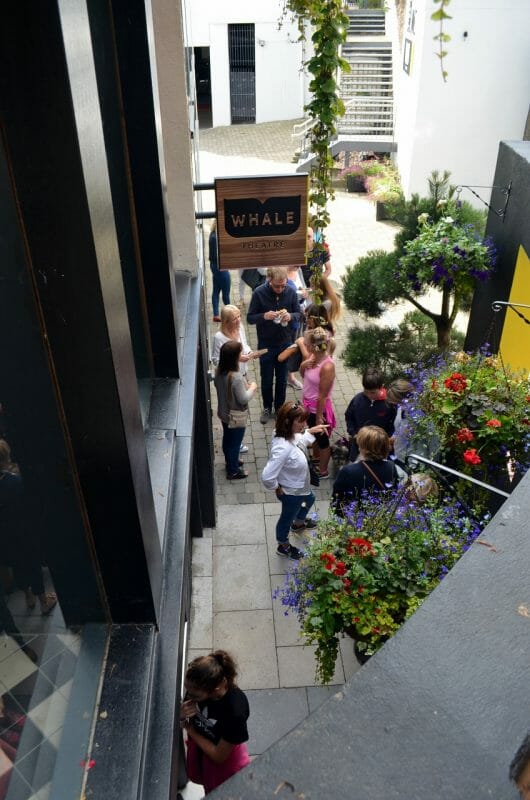 Sure, it was hardly surprising that Greystones – long-starved of a theatre – would form an orderly queue early this morning for those Al Porter tickets. 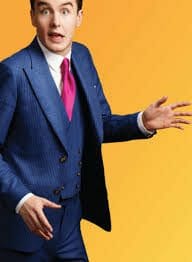 The first ticket release of the official autumn launch schedule for The Whale, the mildly outrageous (is that a thing?) Porter proved incredibly popular.

Tickets sold out faster than you could quip, “Shut that door!“.

Al had requested that only attractive people be allowed in to his Saturday, September 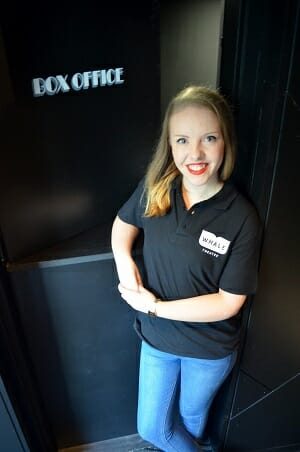 16th Greystones show, but, due to the morning sun shining directly into the eyes of The Whale box-office’s supremo, Grace Barry, a handful of fuglies managed to slip through the net.

So, there may be scuffles at the door on the big night. There’s also, of course, always a chance of cancellations, with a few unsuccessful Porter fans today leaving their details with Grace. If you’re looking for tickets too, add your name and contact details below, and we’ll let you know…

We should take a moment too to welcome Grace Barry to The Whale, fresh from looking after the likes of The Soho Theatre in London and The Pleasance in Edinburgh, and clearly ready to whip Greystones’ shiny new

theatre into shape. Which is handy, given that rather large autumn schedule of shows about to be unleashed in the first week of September, featuring everything from big-name stars, local theatre groups, freak shows, charity gala  nights, Greystones Film Club specials, puppet shows, and, well, a whole, great big circus of fun.

So, you know, watch this space. We’re all about to go into the belly of The Whale, and Greystones will never be the same again. All going well…

looking for 2 tickets if available thanks in advance

2 tickets please if by any chance they become available!!!

2 tickets if any cancellations please and thank you!

Hi
Would love two Al Porter tickets if you have any cancellations?

Would love to no of all events in Whale Theatre

Autumn programme being launched in the first week of September…

Would love 2 tickets it there is a cancellation. Thank you
Caroline

Would also love four tickets if any happen to become free. Love Al Porter, have seen him in panto last few years and listen any time I can to him on today fm. Julie

Boo hoo can’t believe he sold out so fast… but he is amazing as I’m sure the venue is so it’s not really that shocking… I was more disorganized I suppose.

Part Of Our World