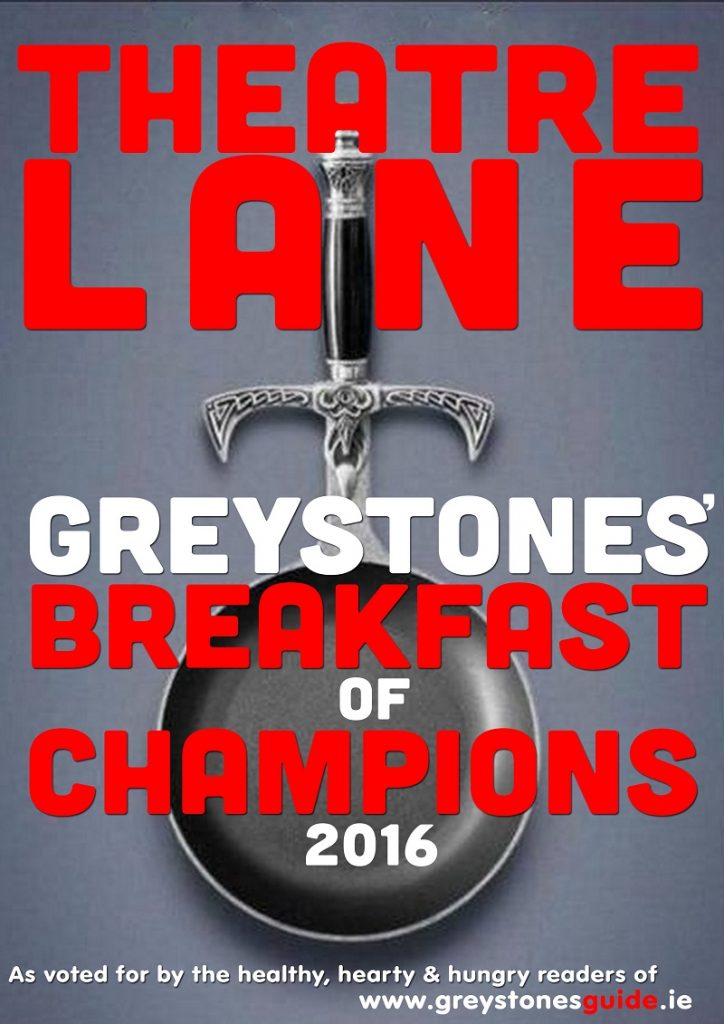 n the end, it all came down to just three 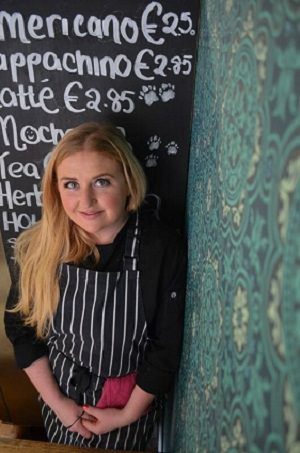 And at different points over the last six weeks of voting, any one of the three could be in the lead on any given day.

Which just goes to show, when it comes to that all-important first meal of the day, a good breakfast is easy to find in Greystones. 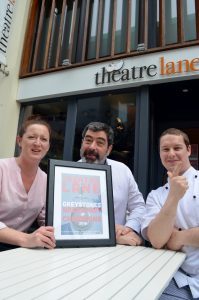 Not that all the good guys voted – Bear Paw patrons were too ditzy, and the Happy Pear posse too busy being smug – but fans of Caffe Delle Stelle, Theatre Lane and The Three Q’s voted. And voted. And then voted some more.

It was a close race, and we’ll be issuing Honorable Mentions to the two runners-up, but, on the last lap, Theatre Lane soared ahead, and won by a giraffe’s neck. Or thereabouts.

Well done to John Hartnett and the crew down on Theatre Lane. 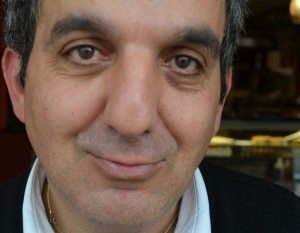 We’d better go check out this apparently supreme brekkie soon. Just in case all the votes came from a Korean factory.

Well done, too, to Caffe Delle Stelle and The Three Q’s, and everyone else – Vino’s, Joe Sweeney’s, etc – who clearly have their fans out there.

Just a word of warning – we’ll be calling in to Tomasso on Monday morning to let him know that he didn’t come first. Anyone with a weak heart, or who doesn’t have any basic self-defense skills, should perhaps steer clear of Caffe Delle Stelle for a little while. Might even be best to walk on the other side of street.

I’d say Tomasso will have calmed down by August. September, at the latest.