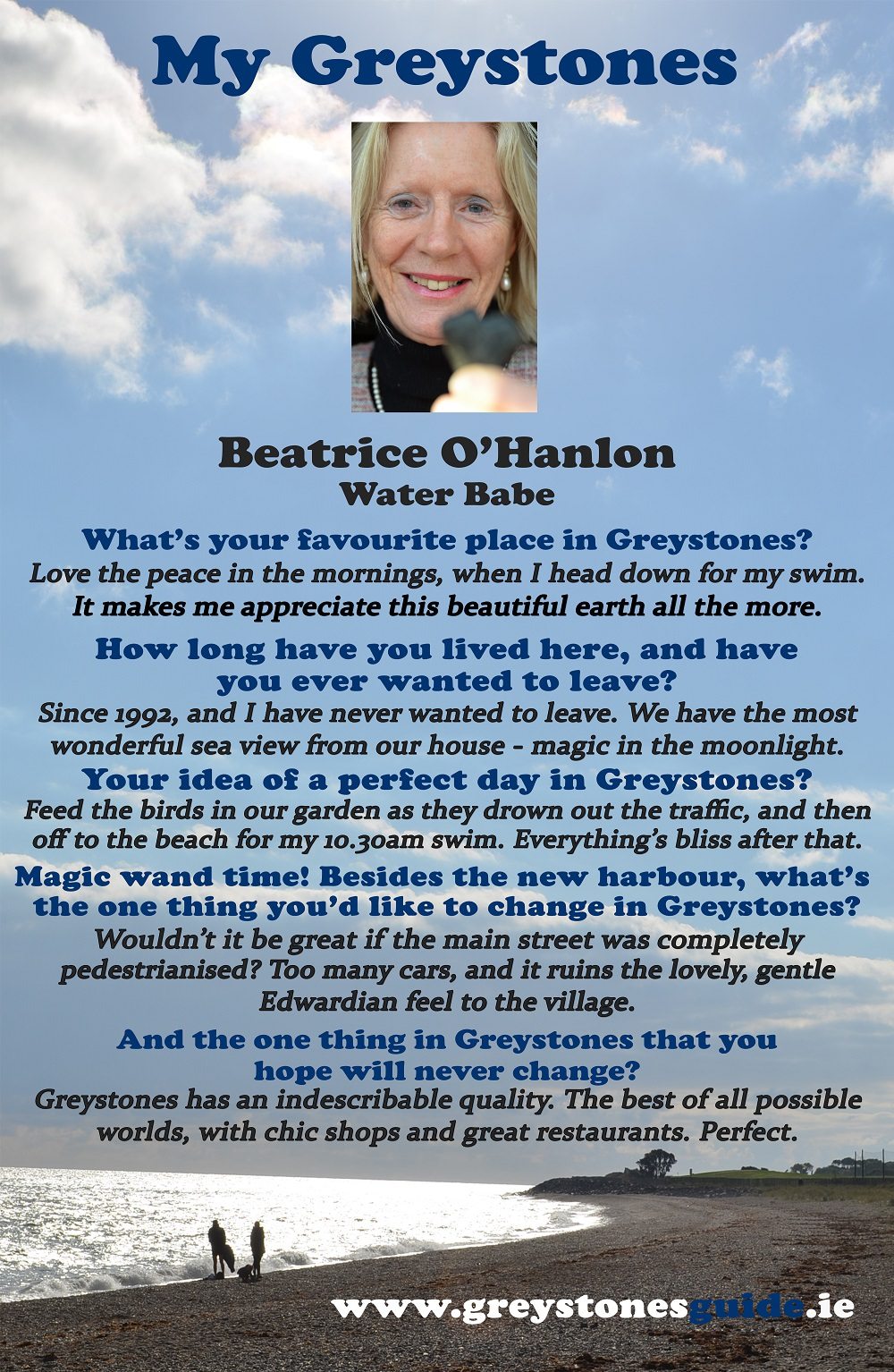 You can tell a lot about a person by the sense of humour they keep. 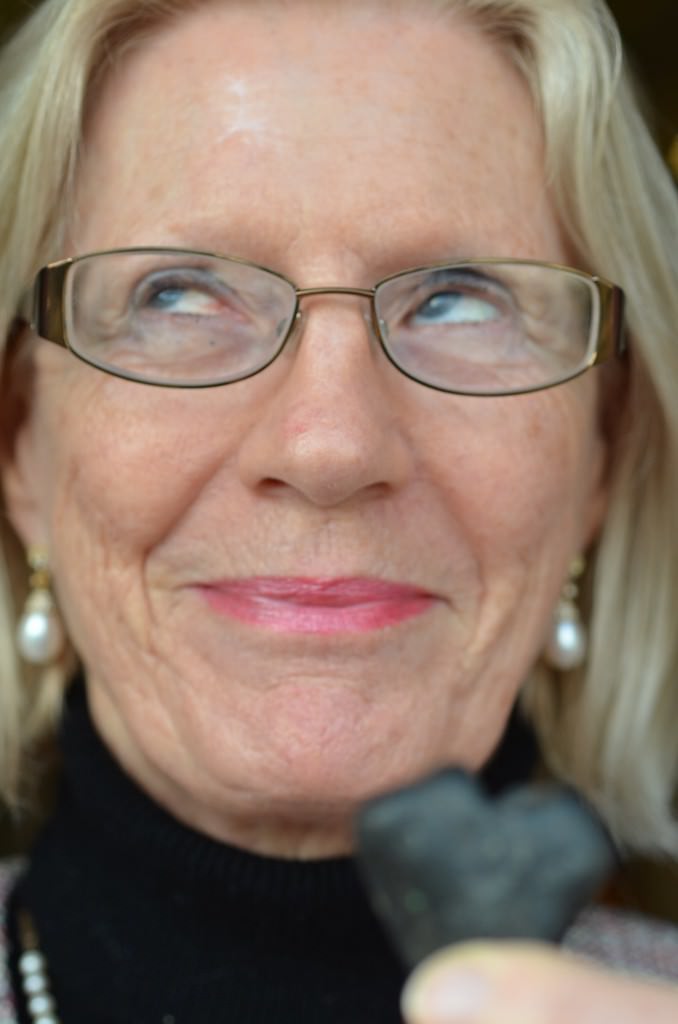 And Beatrice O’Hanlon has one wicked sense of humour. The sort of humour, in fact, that would make Dorothy Parker blush.

When we met up at the Greystones Cancer Support HQ for the quick My Greystones photo shoot, I could tell straight away that Beatrice is exactly the sort of person you want sitting beside you at a dinner party. Or across from you in a pub. Or dancing on the table at some decadent latenight drinking den.

This being a family paper, I really can’t repeat some of the wonderful quotes Beatrice delivered as we took the shots, but, suffice to say, we were both chuckling with devilish delight with each new risque recital delivered.

I was meeting up with Beatrice because this month, we’re dedicating the My Greystones column to that wonderful local book, We Turned Tears Into Laughter: Strangers Linked By A Diagnosis. It gathers together incredible tales of bravery, determination, heartache and love in the face of being diagnosed with cancer, all from everyday people from Greystones and beyond. We list the various outlets selling this powerful book below, as well as the Kindle link. So, you know, buy it.

In the meantime, here’s the opening page of Beatrice’s chapter, entitled Dicing With Death…

The wine sat proudly in tall crystal glasses, the candles sparkled as we celebrated our last dinner before heading off on our much-awaited holiday to Singapore in 2008, where we were to attend our neighbour’s son’s wedding in Raffles Hotel there.

Just as the first bite of food hit my palate, the high-pitched ring of the phone in the hallway beckoned. I wondered who could be calling us after 7pm and suspected that it was the usual marketing people with their tiresome surveys. I picked up the phone, followed by a gulp of wine. It was my consultant gynaecologist at the other end of the line. I took a deep breath.

“Have you somebody with you?” he asked concernedly.
“Yes,” I stammered, wondering what news he was about to impart.
“I have the results of your biopsy, and you have disease of the endometrium. Now, you know what that means, don’t you?”
He had saved me from the dreaded ‘C’ word; like using the guillotine instead of an axe, but with the same blunt effect. Suddenly, the holidays and wedding in Singapore were receding and becoming mere shadows in the mists of my memory.

I heard him speak of MRI scans and blood tests, followed by immediate and radical hysterectomy, but I seemed not to be listening to him. I quickly went into another mode, one of delay, thus dicing with time and my life. I sanguinely told him of our plans to fly out to the Far East tomorrow, and that surgery would have to wait. He remained silent at the other end, and after a while said gravely that I was dicing with my life, and that this tumour needed to come out immediately.

When our conversation ended, I put down the phone. I felt numbed to the core. I returned to the table and told my husband of the news. He was speechless. The wine lost its fruity appeal, and I hardly touched the meal that I had lovingly prepared all day.

To read the rest of Beatrice’s incredible story – and many more like it – pick up We Turned Tears Into Laughter (only €12) at the Greystones Cancer Support HQ on La Touche Place, plus The Village Bookshop, Roche’s Chemist and Doyle’s Butchers. Outside of Greystones, you can also buy Tearsat Dubray Books in Bray, Fishers and Ann Duffy Florist in Newtownmountkennedy, and both the Post Office the chemists in Kilcoole. You can also purchase the book on Kindle right here. You can find out more about GSC – including their contact info – here.

Conclusive Proof That Joe Sweeney Is Over 150 Years Old!