Tracks Of My Years: Dave Flynn 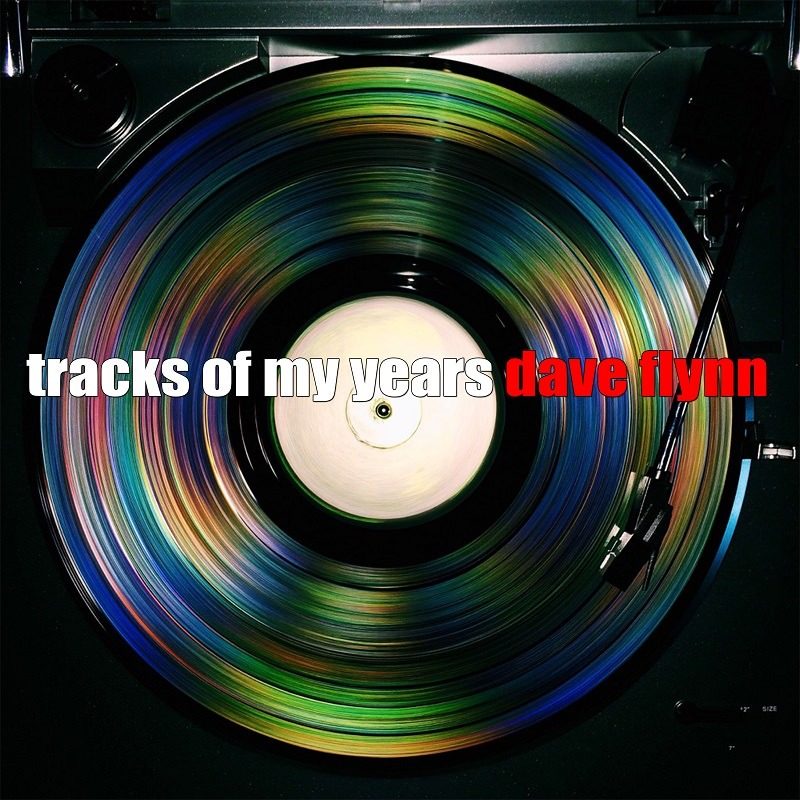 When you have industry bibles like Sing Out! magazine 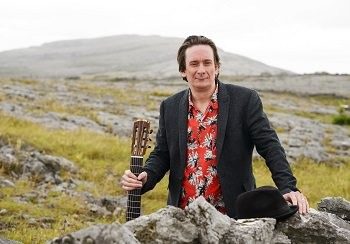 heralding you as a ‘masterful guitarist, well, you know you must be doing something right.

Then again, Dave Flynn has been doing lots of things right in his long and winding career.

From forming the acclaimed Irish Memory Orchestra – which boasts among its many noted musicians Greystones-based Congolese guitarist Niwel Tsumbu – Flynn has toured the world and guested with everyone from The Crash Ensemble to the RTÉ Concert Orchestra. eclectic classical project Shadowplay, which sets out to find the common ground between the likes of Handel, Villa-Lobos and Rodrigo. Think Paddy Meets Ludwig.

Ahead of their Greystones debut at The Whale on Saturday, September 28th, we asked Dave to list those tracks that got him from there to here. But first, where did this madness all start…?

Music was always in my house growing up. My parents had eclectic music taste, especially my mum, who played piano to grade 8 level. Her collection ranged from trad, like Planxty and The Chieftains, to classical music, like Beethoven and Debussy, as well as pop and rock music like The Beatles, Simon and Garfunkel and – a particular favourite of hers – the Saturday Night Fever soundtrack. My Dad would have had a more rock-oriented taste, like Dire Straits and Fleetwood Mac, but he was also a huge Christy Moore fan.

Another important influence was my 3rd and 4th class teacher in Johnstown National School, Alistair McNeill. He gave a lot of time to music in class and taught us all about the great classical composers, and that influenced me to ask my parents to buy me my first tape, which had Haydn’s Surprise Symphony and Schubert’s Unfinished Symphony.

Around the same time I was sent to a few piano and tin whistle lessons, but I didn’t take to those instruments, and it was Mr McNeill who really got me into the guitar as he gave free guitar lessons at lunchtime once a week. So, that’s where I learnt my first chords.

By secondary school, I was teaching myself guitar and it became my main focus in life. I developed a very eclectic taste,

undoubtedly influenced by my parents’ vinyl and tape collections (in those pre-CD and streaming days!).

Since I’m influenced by so much music it’s hard to pin down just a few Tracks of my Years, so, I’ll just mention a few songs/albums across the styles of music that really influenced me…

The Stranglers Golden Brown
I’m a child of the ’80s, so it’s natural that the favourite song of my childhood would be an ’80s song. I remember first hearing Golden Brown aged around 5 and being haunted by it. The mix of harpsichord, jazz bass and Hugh Cornwell’s beautiful guitar solo was so unusual at the time. I still love that song.

Kate Bush Hounds of Love
An incredible album, featuring another childhood favourite – Kate Bush’s video for Cloudbusting with Donald Sutherland. It’s an amazing video and another unique song with such a beautiful string quartet sound at the heart of it. As I grew older, I began to appreciate her so much more, and Hounds of Love album is her masterpiece. I was lucky enough to see her first concert since 1979 when she played in London in 2014, a truly magical event!

Iron Maiden Seventh Son of a Seventh Son
Though my childhood tastes were very eclectic, when I turned 13, that all changed when I discovered heavy metal. Funnily enough, that is common of a lot of classical guitarists of my generation. For a couple of years, it’s all I listened to really. Due to that I’d say the most influential album during my teenage years was Iron Maiden’s Seventh Son of a Seventh Son. Among all the screaming guitars, vocals and pounding drums there are some mellow moments on these records which are clearly influenced by classical music. So that would have opened my mind to the next choice.

Steve Reich Music For 18 Musicians
In my early ’20s, I started to study music formally for the first time, going to the DIT to study classical guitar with John Feeley. It was there I heard about a modern music style called minimalism and bought a compilation CD that had the opening few minutes of Steve Reich’s Music For 18 Musicians on it. I found it strangely beautiful and hypnotic so I sought out the full recording in the college Library, sat down and for the next hour I was transported into an amazing new world of sound.

Martin Hayes and Dennis Cahill Live In Seattle
I was getting back into trad around this time too and a friend of mine recommended we go see Martin Hayes and Dennis Cahill at the National Concert Hall. It was my first time seeing them and I was transfixed by the way they turned Irish tunes into almost ‘classical’ suites. Their Live In Seattle album is the closest thing on record to that experience. Six years later, I was actually working with them, which was a big thrill. I’ve composed a few pieces for them, and they’ve played with my ensemble, the Irish Memory Orchestra.

Cocteau Twins Heaven Or Las Vegas
Liz Fraser’s angelic voice and Robin Guthrie’s ethereal guitar work are unlike anything else in music. I saw Liz Fraser sing with Massive Attack at the Olympia in the ’90s, and this drew me into the Cocteau Twin’s dream pop sound. This album is their masterpiece.

Jean Sibelius Symphony No. 7 (Conducted by Leonard Bernstein with the Vienna Philharmonic)
As I got more into the minimalist music of Steve Reich, Philip Glass and John Adams, I heard that the Finnish composer Jean Sibelius was almost like the godfather of minimalism. I love his symphonies, and Leonard Bernstein’s recording of Sibelius’ Symphony No. 7 with the Vienna Philharmonic gives me goosebumps.

Franco et le TPOK Jazz Bina Na Ngai Na Respect
I was, like many people in the West, introduced to African pop music through Paul Simon’s Graceland album. That led me to the more authentic African pop music of the ’60s, ’70s and ’80s. The Congolese musician and bandleader Franco is arguably the King of 20th Century African music. He was hugely influential across the entire continent and in turn influenced the Gracelands sound. He recorded over 3,000 songs and 300 albums with his amazing band, TPOK Jazz. They are probably my favourite band. There’s too many albums to pick out one favourite. All the music is great! I’ve picked the song Bina Na Ngai Na Respect, just to give an example of their sound.

Animal Collective Merriweather Post Pavilion
Through all my classical and trad work in the 2000s, I kind of lost touch with pop and rock music. However, I discovered Animal Collective in New York in 2009, and their album, Merriweather Post Pavilion, helped me discover a new generation of creative pop musicians who were mixing psychedelic ’60s influences with ’80s and ’90s electronic dance. I loved that mix; it was really original at the time, very creative and otherworldly. Animal Collective are the most original pop band I’ve heard since the ’80s.

You can catch Dave Flynn and Aisling Agnew – aka Shadowplay – at The Whale on Saturday, September 28th. Grab your ticket right about here.