We Check Out The Bigger, Bolder St David’s

t was after an eagle-eyed GG reader pointed out that the new St David’s PE Hall might just take a major chunk of the seafront view away that we decided to get in touch with the lovely Sorcha Walsh at Wicklow County Council’s planning department. 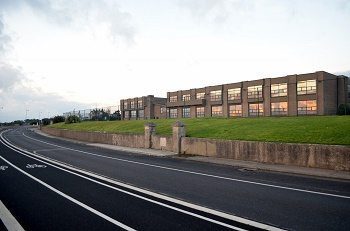 Just to make sure we got our hands on the right facts and figures, and, hey, maybe even some colour illustrations to go with it.

It was Sorcha who finally put us all straight on the development plans for The La Touche Hotel, and, once again, this Greystones girl has done her town proud by digging deep into the vaults at WCC HQ and coming up with the top-of-the-range, Grade A, oven-ready, actual files.

Which has saved GG about six months of speculation and at least ten dodgy, misinformed posts…

With planning permission having been granted by An Bord Pleanála earlier this month for an extension at St David’s Secondary School, the first application was actually filed back on December 18th, 2015. The proposed sports hall would be a 2-storey extension on the seafront side of the school, with the photomontage on the right being the before picture and the photomontage on the left being the after shot.

In February 2016, Wickklow County Council asked St David’s for some ‘further information’ regarding the design, and requested that the height of the building be lowered. The revised designs were submitted by the school in August, with the floor level of the PE hall being lowered by 2 metres and the building itself set further back from the apartment adjacent, whilst still allowing for the 7metre height they needed for the sports hall.

That later design is featured above. And it still didn’t quite ring Wicklow County Council’s planning department’s bell. 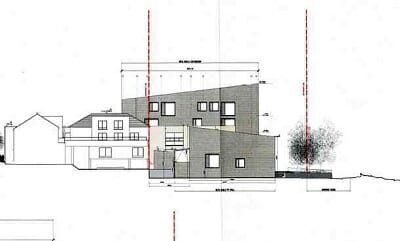 In their grant of permission, the WCC inserted a condition requiring the spots hall to be reduced by 3metres, and this decision was appealed to An Bord Pleanála. Eventually, the Bord granted permission for a revised design, which wasn’t a thousand milimetres – in terms of height, etc – away from the August 2016 revision.

The accepted design is featured on the right here. We don’t have a photomontage, but, hey, just squint at the pic up on top there, and you’re pretty much there. 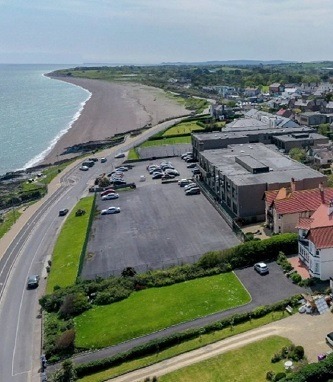 In regard to that lovely view of the Sugar Loaf and Bray Head as you stroll along the seafront with the South Beach at your back, there was always a very limited view of the former and none whatsoever of the latter at this particular point. Certain views around the coastal area are listed for protection, but this isn’t one of them. As for objections to the new extension, WCC received a grand total of three, one from the school itself against the conditions and one appeal from one of the original objectors. If you follow.

Can’t be sure from this angle, but it does look as though St David’s car park is going to be a tad smaller after this. So, from next summer on, Micras only…

Something Wicked This Way Comes