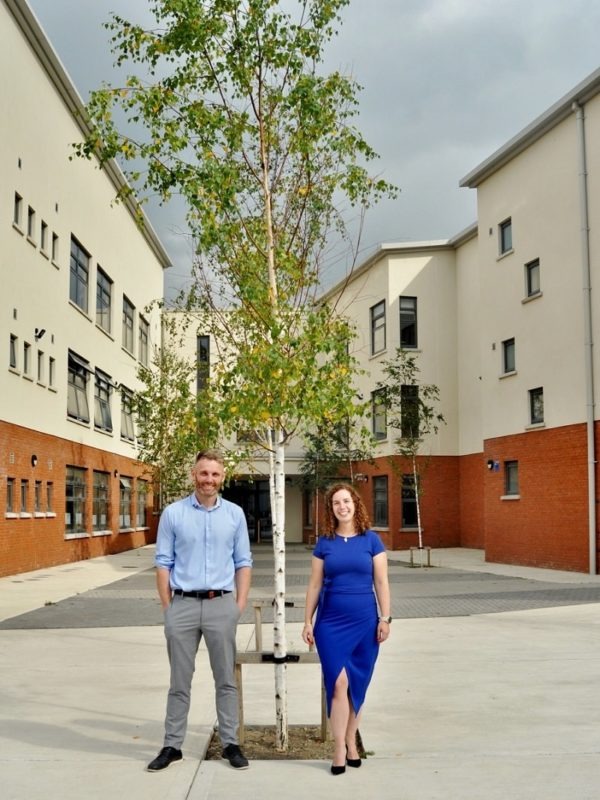 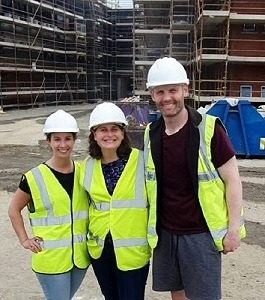 And that’s because it has been years since the for Greystones Community National School first began.

More to the point, it’s been a year since Western Building Systems packed up their trowels and headed back up north, job done, they said. Only the Department of Education didn’t quite see it that way. 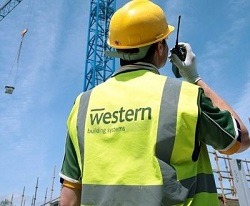 Cue a year-long blame game and another generation of Greystones primary school kids setting up class in those portacabins sitting pretty knackered on the Greystones Rugby Club grounds.

After all the kicking and screaming – and protesting – the town’s shiny new school finally opened its doors earlier this month, and we decided to catch up with Principal Rory Kinane and his trusty Vice Principal, Francesca Hunt, to find out what’s it like to be finally going to Big School… 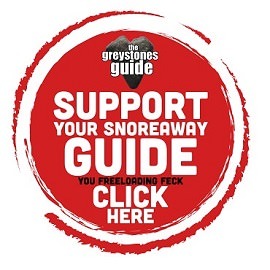 GG: So, what’s the story, Rory? I’m guessing you have to pinch yourself every morning you walk through the front door – how has the new building been treating you?
RK: It is amazing, we are so happy to be in here and it is great to see the children so delighted with their new school. There is still a lot of work to do to get us fully settled in due to the short lead in time we had from handover to the first day of school, but thanks to the amazing efforts of the staff, who have been in since 2nd August, we managed to get the classrooms sorted in time. 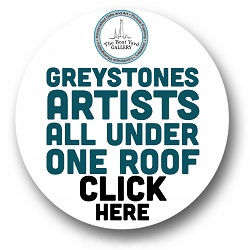 Slightly more space than your trusty rugby club cabins – how have the kids reacted to their daily classes suddenly going widescreen?
I am always surprised by how much children take things in their stride, although I shouldn’t be at this point given what this cohort have been through in recent years, but to see them skip in as if they had been here all their school careers is great to see. I think the Open Day really helped where the children were allowed to visit and I would like to thank to the staff for facilitating that. All worth it in the end though as the children are absolutely delighted with and proud of their new school. 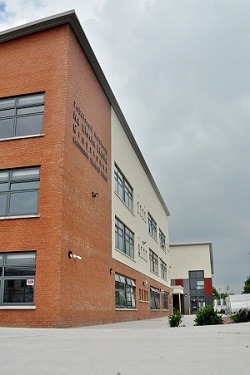 It’s a big, big building, and therefore a big, big task to get it all up and running smoothly. Do you have a target date for when all the Ts have been crossed and the Is dotted…? Or does that day never come when running a school?
As mentioned above, still lots and lots to do in the building, an serious snag list along with a lot of staffing changes to manage, it has been the busiest 2 months I have ever put down. Our parents have been great though and I would ask them to continue to support us and be as patient as they always are as we chip away at the list of things to do. The short lead in time has been a major issue but we will get there. 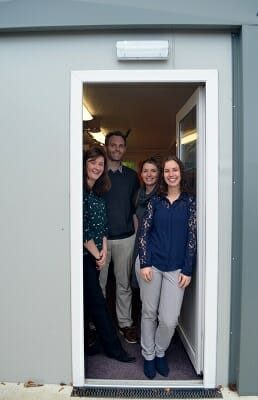 It’s been a difficult birth – did you ever give up hope? Did you ever feel that this day would never come?
I definitely lost motivation at time, so much mystery surrounding the reasons for the school not being ready, giving us dates, then pushing them back. I suppose a bit of defeatism had crept in personally but everything, and I mean everything, was outside of our control and outside of the KWETB’s control. The staff, having had the school dangled in front of them last August 2020, were once again amazing despite that massive disappointment, just doing all they could to give the best learning experiences they could in probably one of the most difficult and trying years schools have ever had. 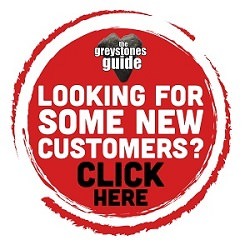 It’s been a long and grinding road – who to thank for getting you from there to here?
I have to flag up high, the amazing persistence and determination of the Parent Teacher Partnership (PTP) who fought like demons to raise awareness of this debacle and rattle cages where needed. As I said above, I had become a bit defeated by the whole building issue, but that was not even a possibility for the PTP. 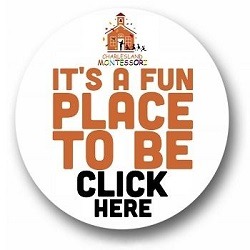 They would not accept defeat but would only accept our children walking into their new building for first day of term in 2021/22, and they certainly achieved that.

“Also, the Board of Management, with chair Alice O Donnell, have played a massive role in getting this over the line, not to mention all the support they give us to ensure our school is running smoothly every day. 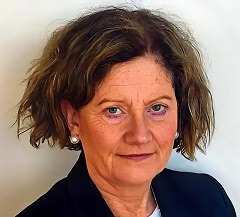 On behalf of all of the staff and children I want to thank them for all of their amazing work to get us over the line. Also, the local representatives who met with the PTP regularly and did all they could to move things along in the DES. We also need to acknowledge the KWETB, who were vociferous advocates for getting the school open as soon as possible and I sat in many meetings with Deirdre Keyes, the CE of KWETB, and the DES and admired how relentless she was in fighting our corner to getting the school opened for September. 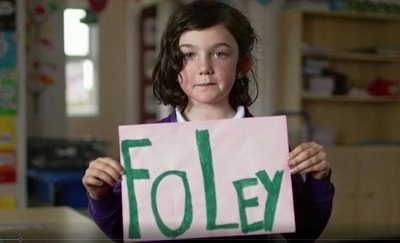 Finally, given that Greystones kids are the smartest in the world, how do you cope with so many regularly skipping a year ahead?
They are a great bunch of children, that is unquestionable after all they have been through. Greystones and their parents should be proud of the people they are becoming.

I have no doubt there will be some real achievement amongst this group – I can’t wait to see it.

You can find out more about the Greystones Community National School right about here, and get in touch on greystonescns@kwetb.ie.

Only Fools And Horseplay