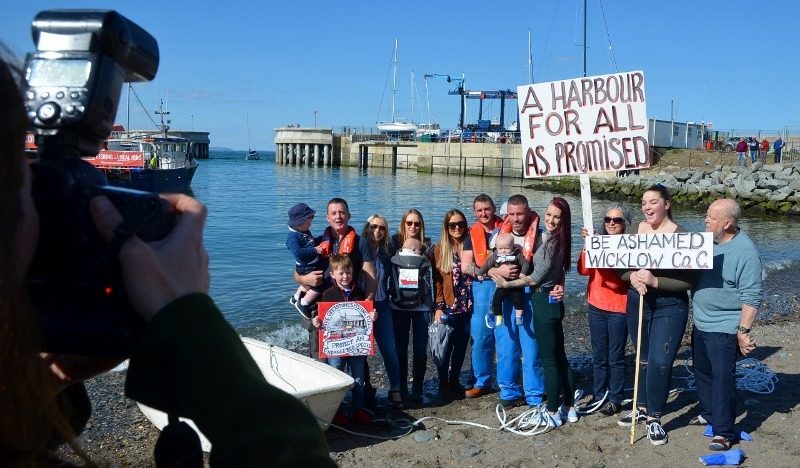 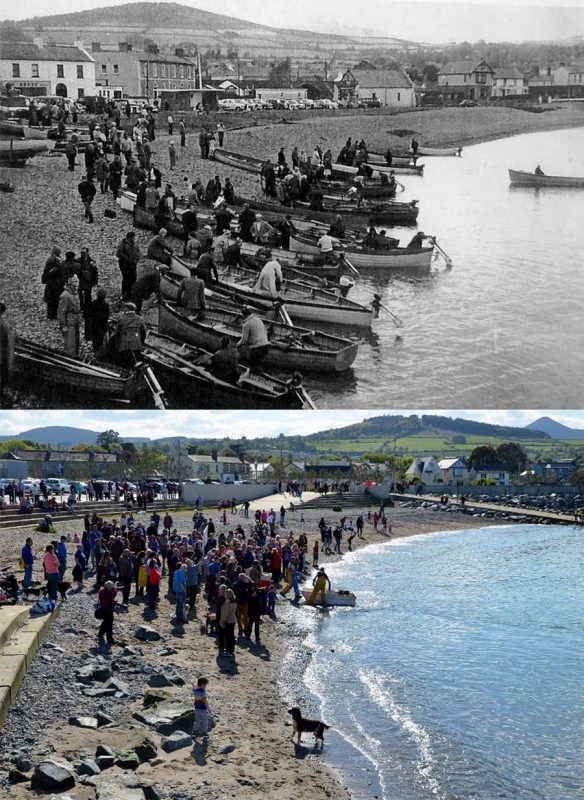 When we started talking to both sides of the 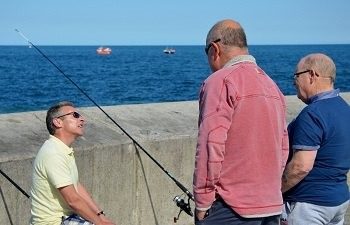 long-standing stand-off over fishermen being allowed to, you know, fish at Greystones harbour, there was one phrase that came up again 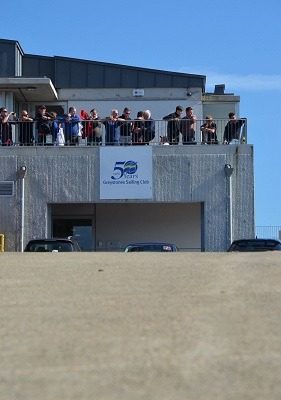 It didn’t matter whether you were talking to those on the right or the left of the argument, mention someone on the opposing team, and you invariably got the same reaction.

“That frckin’ eejit! No point in talking to him…”

descend upon the harbour this afternoon – five years after their first protest – to let those in charge know that they were still here. And that they still wanted a room at the new inn.

As promised all those years ago.

All those years ago, of course, Greystones’ harbour was little more than a ruin, an abandoned house with squatters aplenty, and a strong sense that the party was over. No rates, no rules, and feck all fish. Or fishermen, for that matter. When the deeds were signed on the new marina – WCC unwisely giving Sisk a 30-year lease – there was little or no fishing going on, but those left with any kind of claim at the harbour naturally received compensation.

The ten council-built fishermen’s huts then had over their front doors the names Sweeney, Redmond, Ryan, McDonald, Kinsella, Whiston, Spurling, 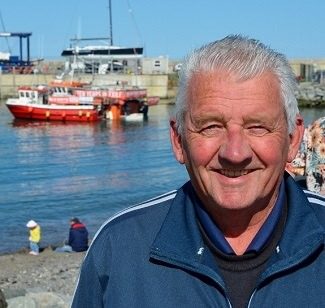 Over on that battered pier with the ever-collapsing kish, a ladies changing room commandeered for storage saw young Thomas Grealy walk away with €40,000 compensation, the council also paying €69,278 legal fees to his solicitor, barrister and valuer.

All well and lucrative. Where the real trouble began was in the final stages of the marina’s plans, with a designated area for fishermen to 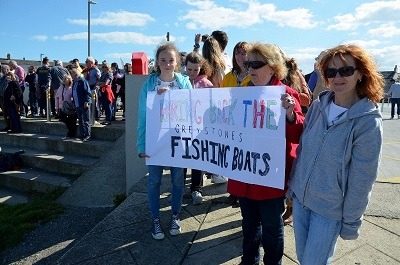 land their catches suddenly vanishing without warning at the 11th hour. By the time the omission was noticed, the marina was already being built, and there was no longer any room at the inn for Greystones’ fisherman.

Over the years, negotiations came and went, Sisk, at one point, installing chain moorings for one 20-ton shipping 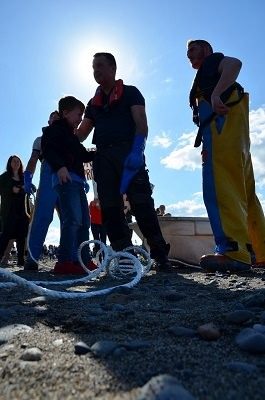 vessel and two 10-ton shipping vessels, as requested by the fishermen, but, disagreements over insurance and maintenance being handled by the latter saw the moorings being removed, sitting in storage ever since.

The last fishermen to operate out of Greystones harbour, Paddy McAuliffe, upped and moved, lock, stock and tackle, to Wicklow three years ago, finding the notion of merely being able to store his fishing boat in the marina but not actually load any bait, never mind land any catches, 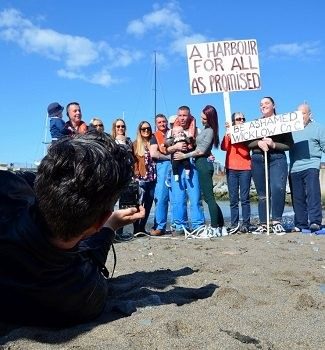 Said to be the one remaining fisherman who was working out of the old Greystones harbour when it closed for resurrection, Ivan Toole is currently working his two boats out of Dun Laoghaire whilst a compensation claim at Greystones harbour slowly works its way through the courts. 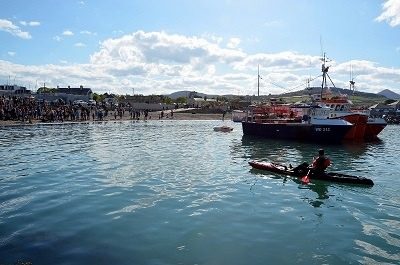 simple fact that there’s a simple solution to it all – namely, letting the current boat repair dock on the south pier also operate as a landing site for fishermen. Boom!

This is the site, after all, where the landing for fishermen was first earmarked.

Paddy brought his fine idea to the marina powers that be a year ago, and, hey, they shot it down. Which is what we discussed this afternoon, after initially beginning our conversation with the bould Ivan… 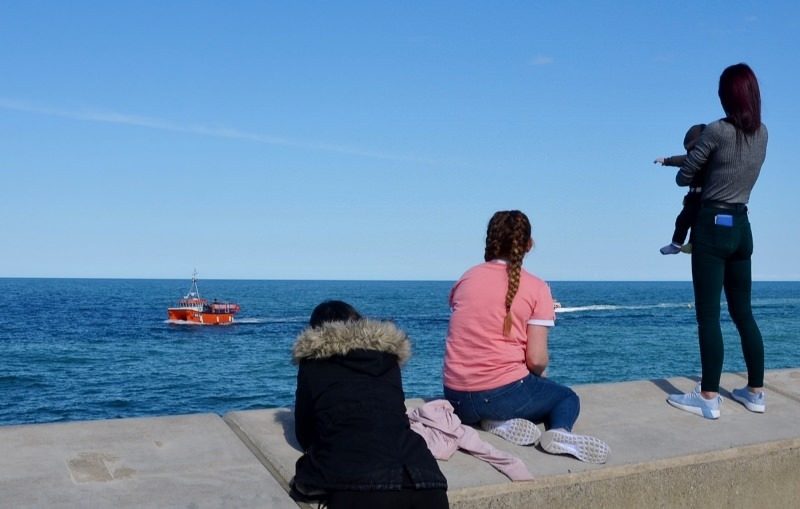 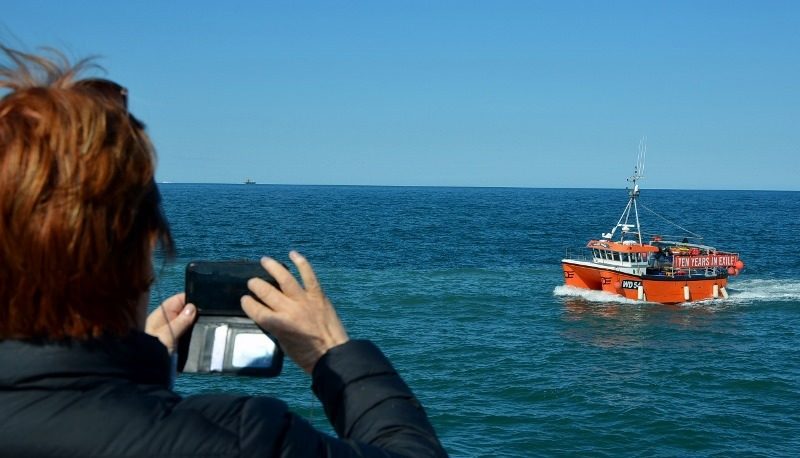 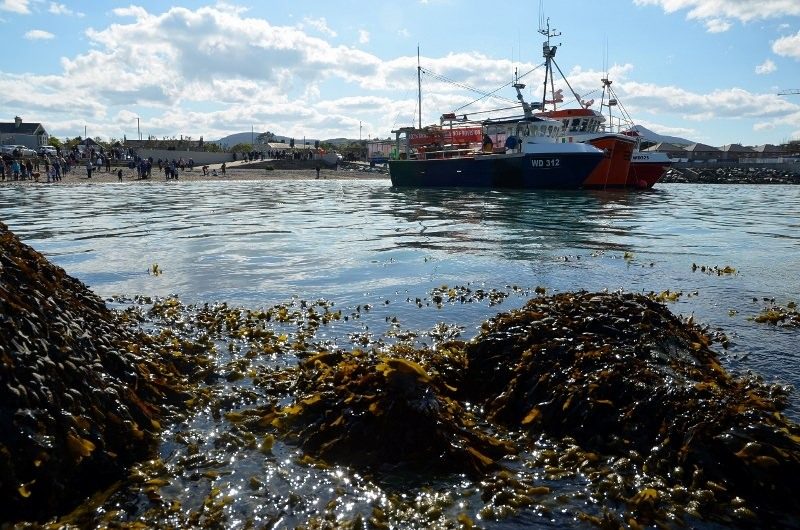 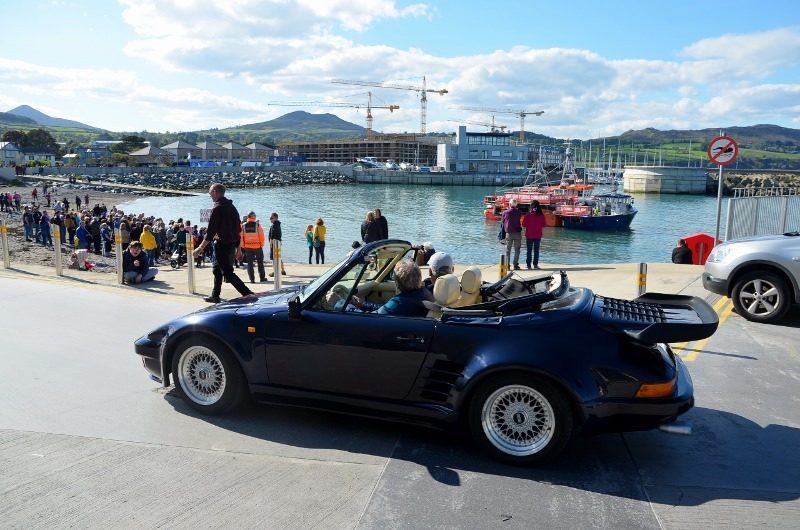 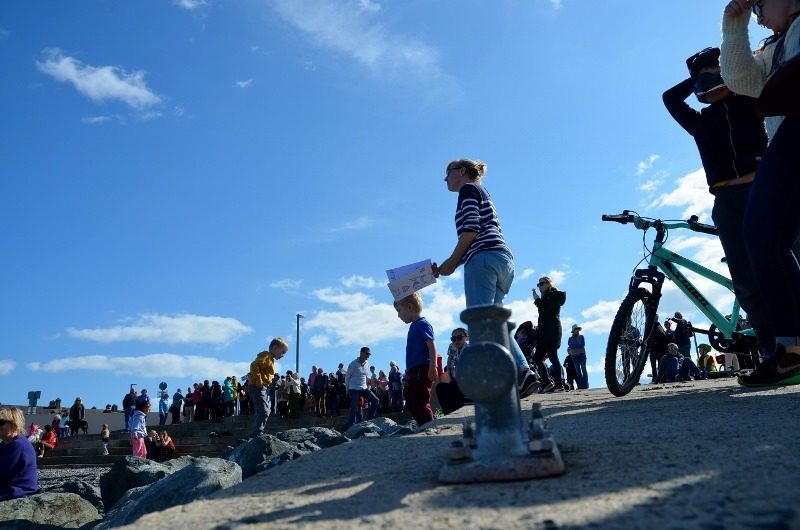 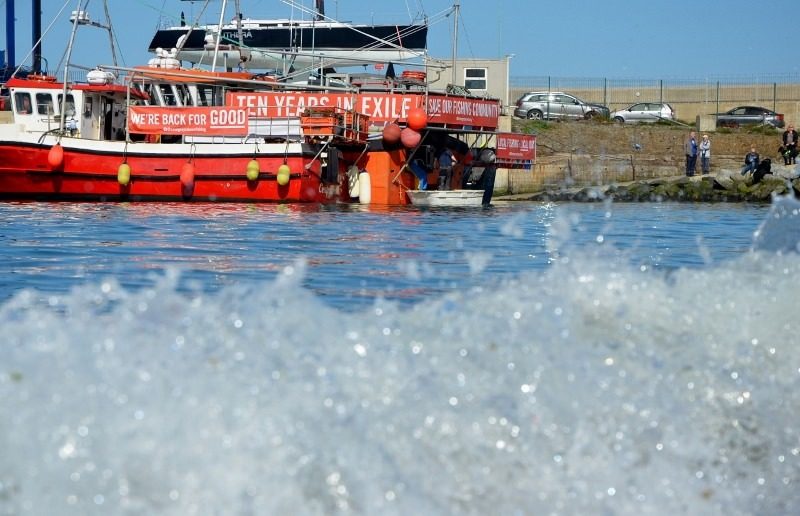 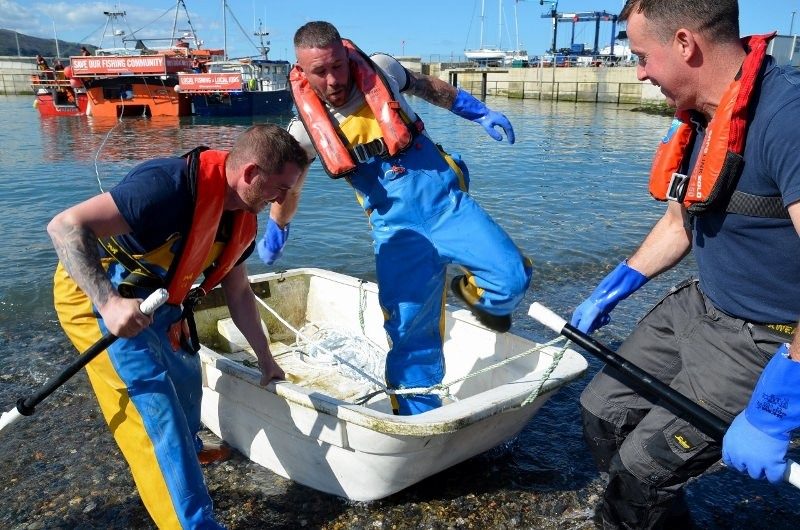 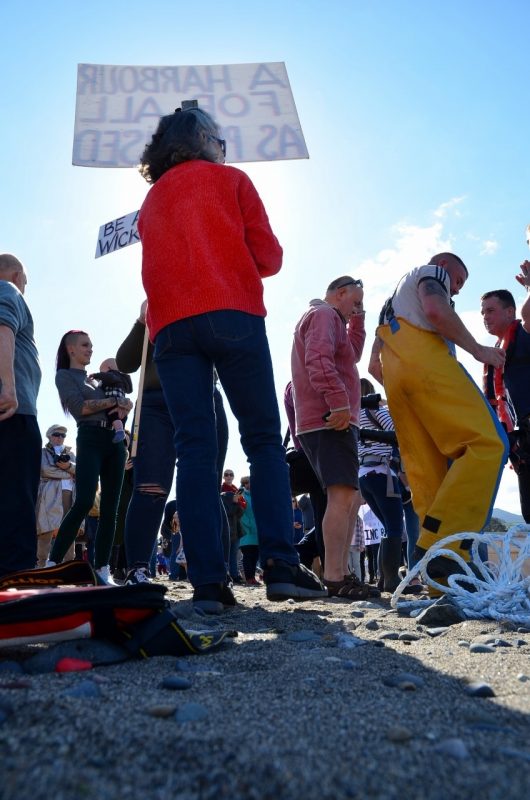 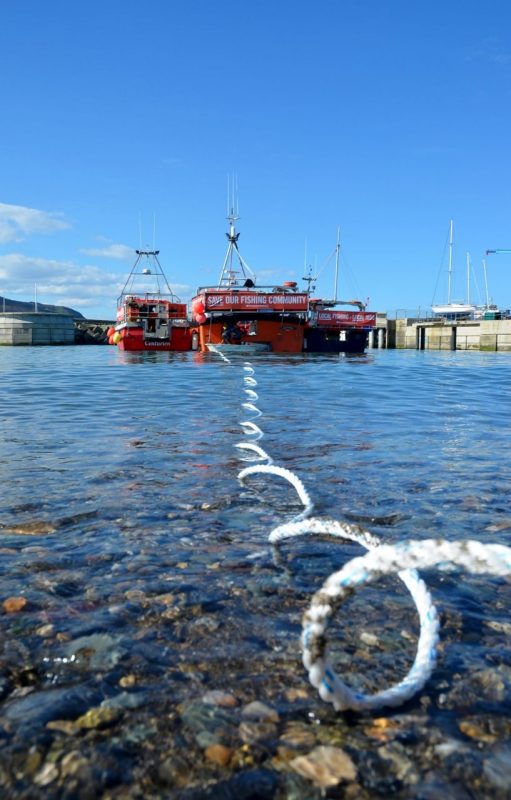 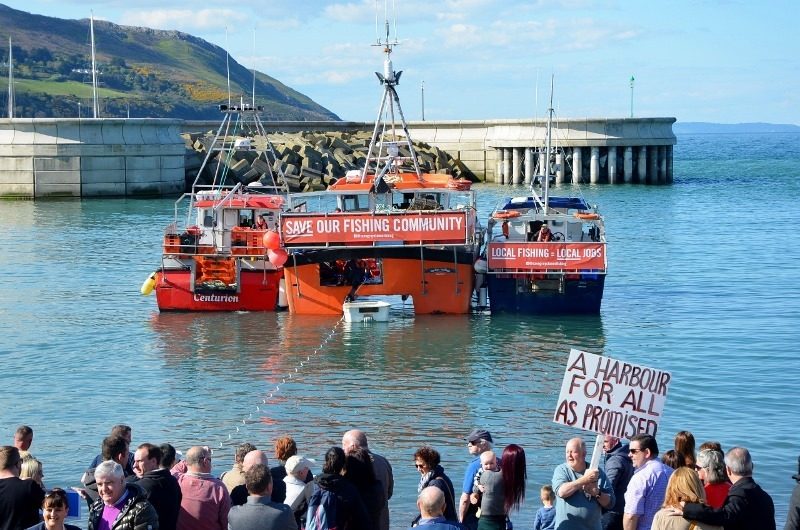 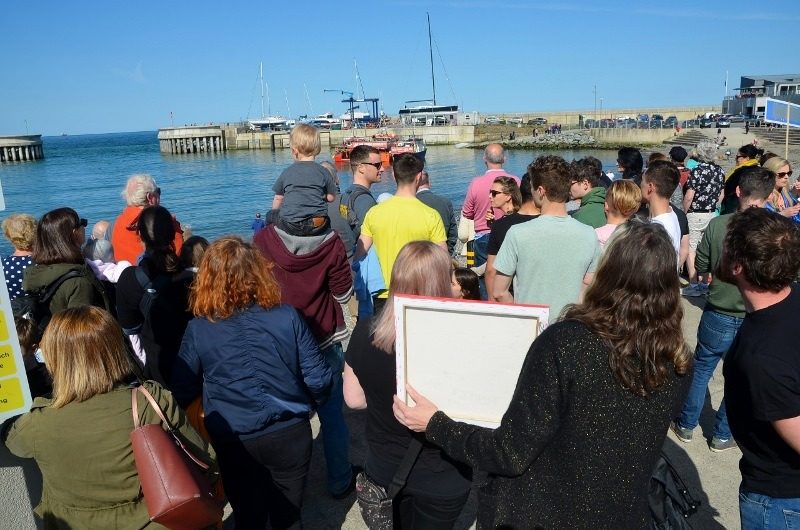 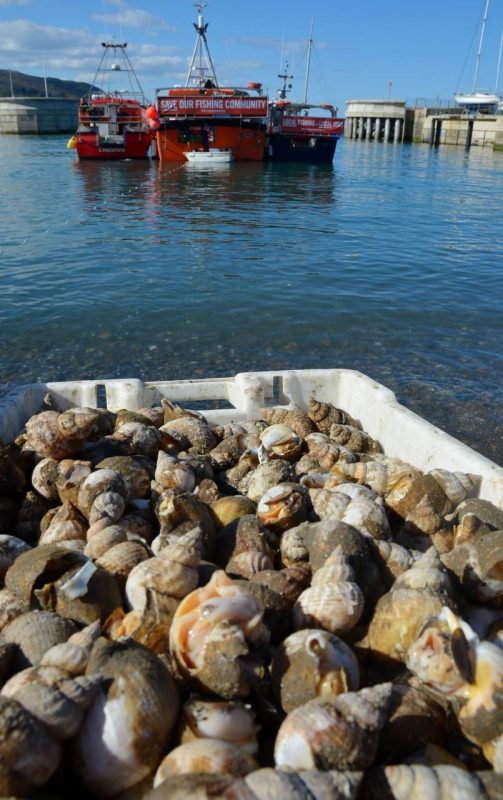 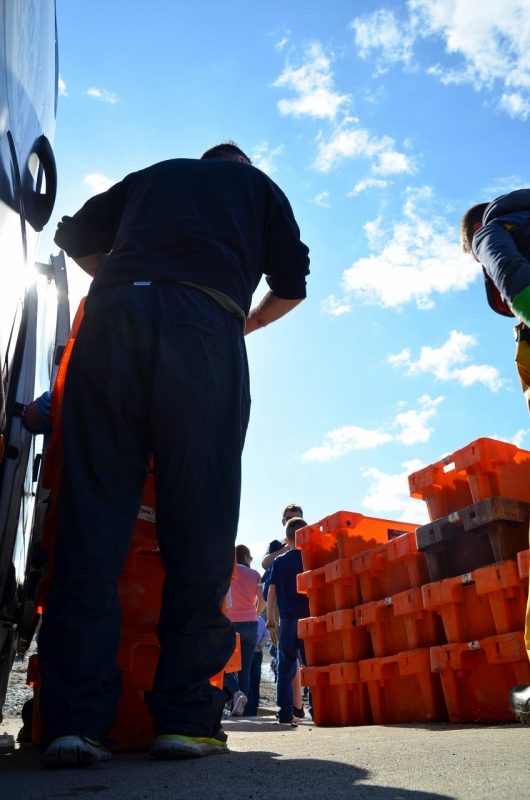 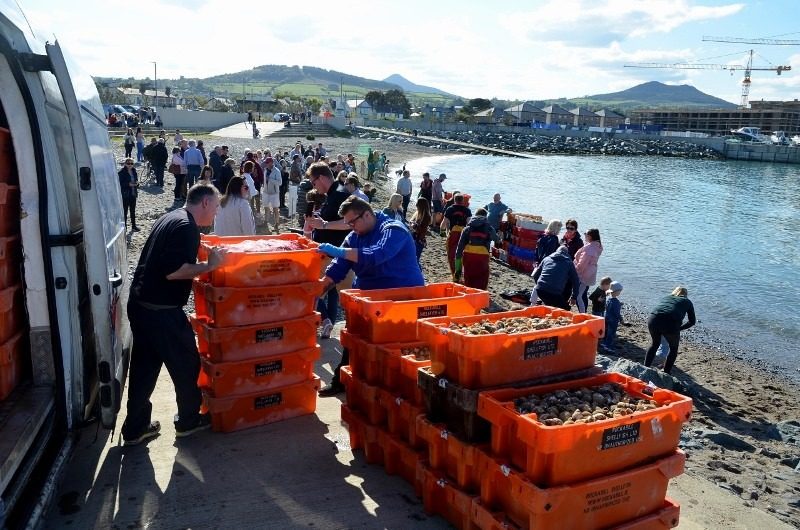 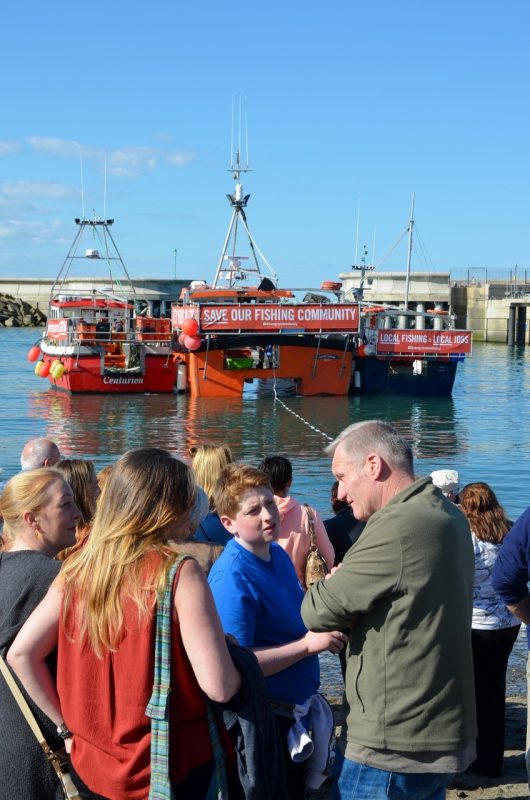 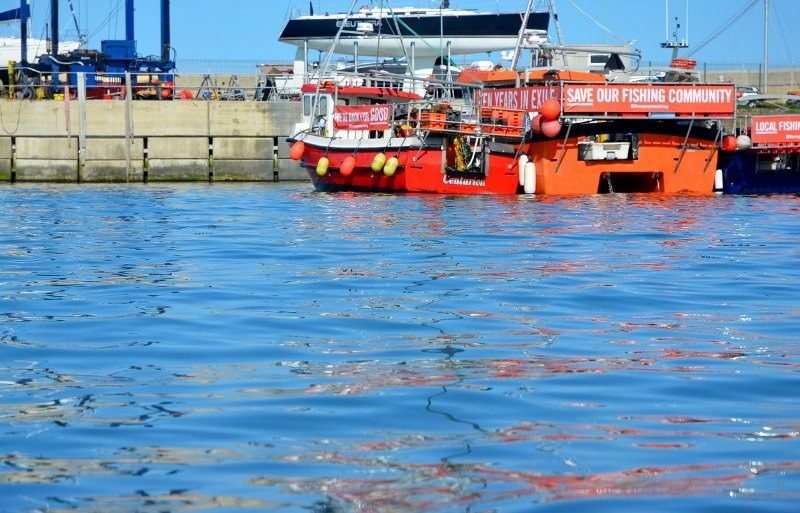 You can view over 100 hi-res Pablo shots from the big day right here, and over 60 John McGowan shots right here. 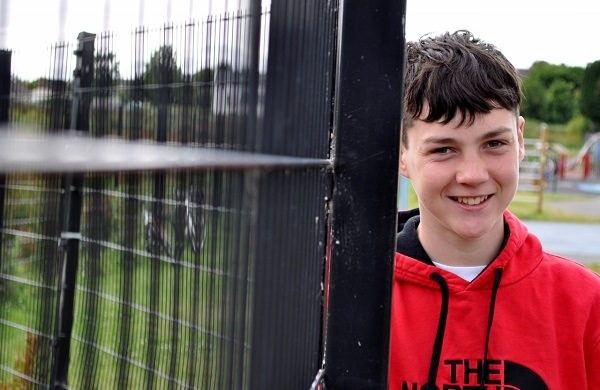 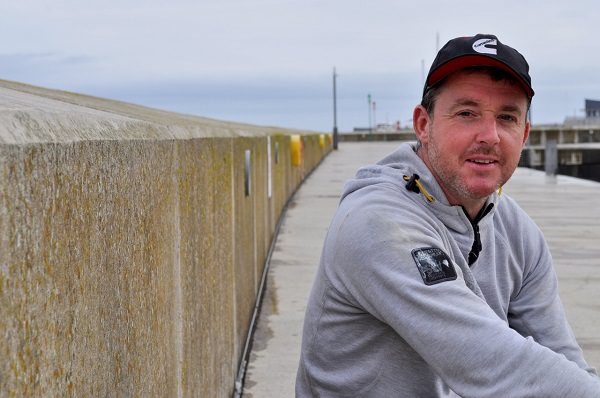