You Never Miss Your Water…

We take a dive into the old La Touche trough... 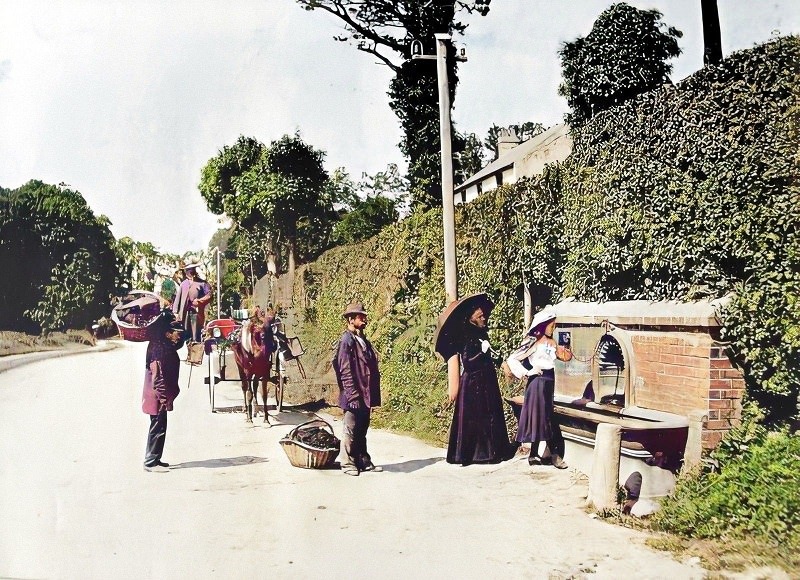 t was a gift from Miss Charlotte La Touche to all the weary travellers and their horses so they could stop for some fresh water and a rest along the old Downs road. 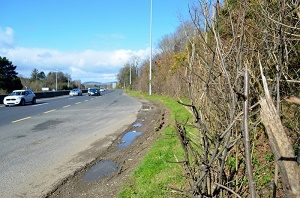 Situated at Kilmurray, just beyond the Glenview and the garden centre, on the right, heading towards Kilmacanogue, the La Touche trough was erected in 1896, and managed to hold its ground until 1999, when the N11 began its expansion. 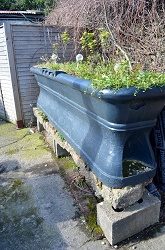 Today, it sits in the beer garden of Pluck’s in Kilmacanogue, having been lifted there in 2001 with the intention of establishing a new roadside location, once the N11 works had finished.

Sadly, the death of Mr. Tommy Mulligan – the founder of the Kilmacanogue History Society – and departure of a man heavily involved in the plan, Mr. Ted Crowley, to pastures new, means the trough is still sitting pretty amongst the revellers and the imbibers in that beer garden hideaway. 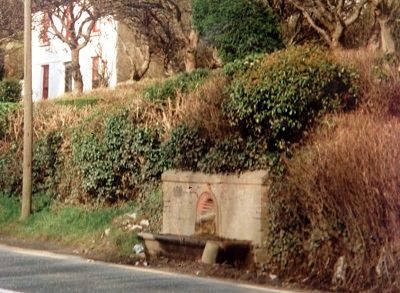 The stunning topline photograph here is almost definitely staged, but questions still remain as to those featured. There’s a strong possibility that the lady with the umbrella is Charlotte La Touche, whilst the young girl can be seen using the drinking mug that was long-attached to the trough by a chain.

The house just over the hedge was the old famine dispensary, and later, we learnt when James Woods got in touch, the home of his grandfather and his uncle John. 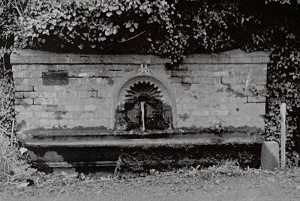 The workmen are, we assume, all employed by the La Touche family to work on their nearby Bellevue estate. As to where the single-line telephone circuit went – the Glenview? Bellevue? The RIC barracks? – nobody knows. 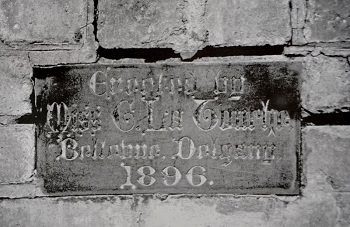 Sadly, as so often happens with historical artifacts, the plaque and the ornate centre-piece for the trough disappeared during the 2001 move to what was then The Glencormac Inn.

It would be sweet to think that the trough will return to a roadside home in the coming years or decades, and be a source of water once again for horses, walkers, dogs and anyone else with a thirst.

Somewhere within Kilmacanogue village itself would be ideal. Just to set you up for a slow pint… 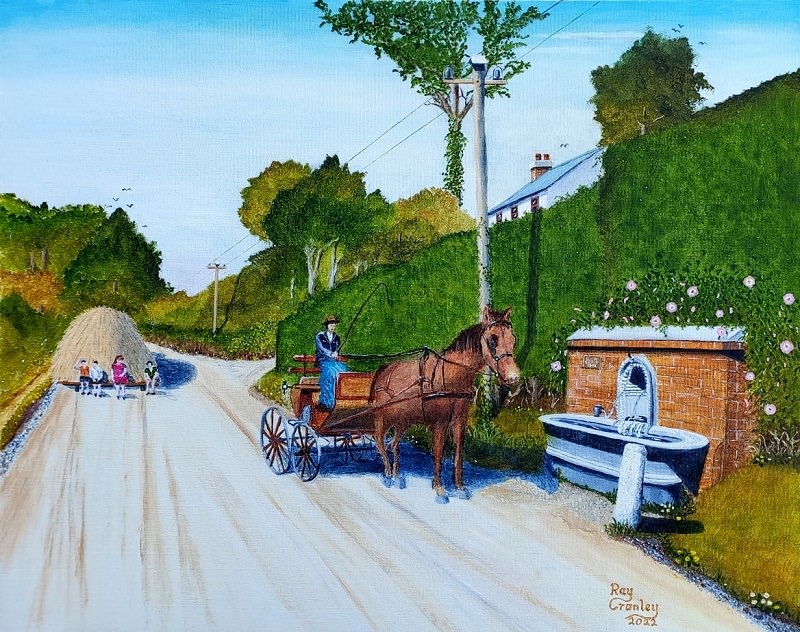 You can explore a little more Kilmacanogue history right about here.

Greystones Person Of The Year 2017