You Want It Darker…? 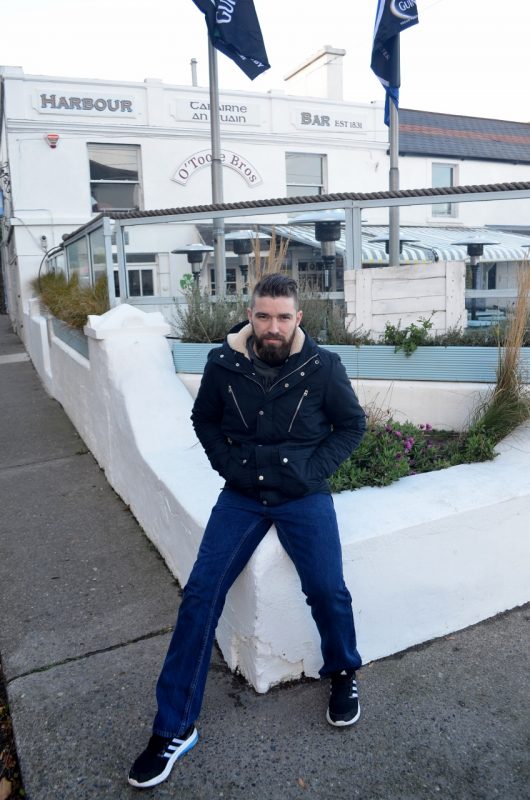 It was pretty much a year ago when we last spoke with Bray’s finest stand-up, Adam Burke. 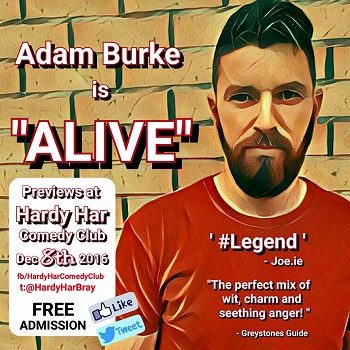 Back then, he was readying his solo debut show, The Jungle Burke, and he was naturally feeling the pressure.

Which was surprising. Having run The Hardy Har Comedy Club for the past five years, Burke has worked alongside everyone, from Ardal O’Hanlon to Al Porter, and as MC at this monthly stand-up gathering, the man clearly knows what makes people laugh.

Still, no artist is truly an artist unless he worries about his craft, his creation, his chance of churning out chuckle-worthy charmers. 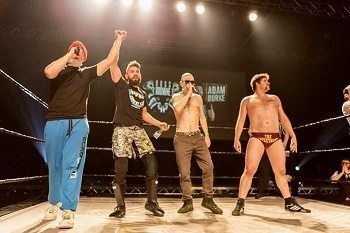 In the end, The Jungle Book stormed, as Burke gave a slapstick but heartfelt presentation of his childhood, hoping to explain just how a champion wrestler could end up hosting a nationally-acclaimed monthly comedy club in Bray.

For this year’s solo show, Adam Burke Is “ALIVE”, the funny fecker has decided to go a little deeper and darker, exploring the agony and ecstasy of being a happily-married father of three young kids whilst indulging in his passion for making a roomful of strangers cry with laughter.

With Adam Burke Is Alive just about ready to roll on Thursday, December 8th, we managed to pin young Burke down at The Harbour Bar to discuss the fine art of being seriously funny…

You can check out our November 2015 interview with Adam here, and find out more about that new December 8th one-man show here.

Thinking Inside The Box