A Dog Park Fit For…?

Greystones committee give their verdict 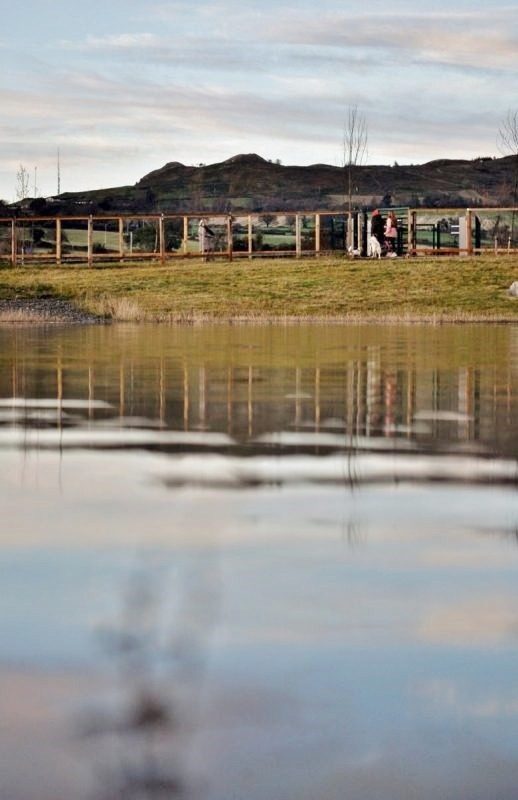 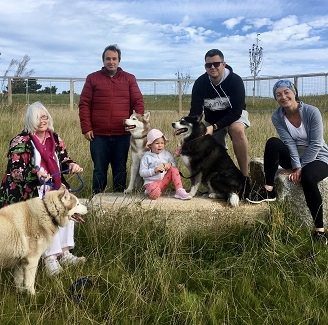 They’ve come for their paws

The Campaign for Greystones Dog Park is disappointed with the area allocated for a dog park.

Problems remain unresolved. It seems evident that the developers, Glenveagh, are not prepared to take significant action. 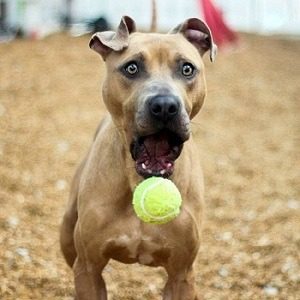 The Campaign for Greystones Dog Park believes that many issues need action to make it fit for purpose. Firstly, the drainage is worse than ever. This is going to be an ongoing issue, especially when it rains. Currently, two small lakes have formed taking up a lot of the area.

Chairperson, Bernadette Stokes stated: “The committee has dubbed these as the Upper Lake and Lower Lake.

The question remains, what happens if the water turns stagnant, attracting insects such as mosquitoes, etc.? Secondly the slopes risk injuries because they are too steep and uneven. While some work has been done about the small rocks, much remains to be done, with rocks widely scattered around the site. These rocks are a trip hazard. Furthermore, there are a lot of sharp stones separating the two lakes, and a path leading into each lake, also with sharp stones.

The little dog section remains too small. The Campaign for Greystones Dog Park has consistently stated that it should be a third of the entire site. The signage at the gate omits the restricted breeds, unlike Dun Laoghaire Rathdown dog parks. The signage does mention dogs barking incessantly are to be removed. 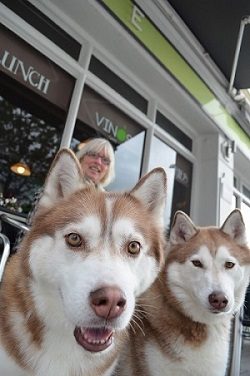 The Campaign for Greystones Dog Park Committee is wondering who will remove such dogs, and what constitutes a breach of noise levels? Furthermore, there aren’t any plans to add double gates for maintenance. 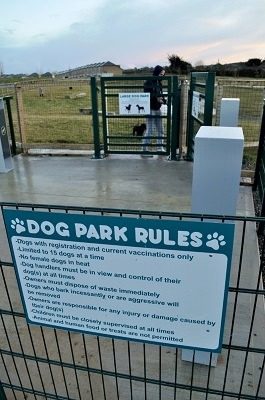 Following a meeting with the developers on Thursday, December 10th, the Campaign for Greystones Dog Park is now stepping back from this allocated site. We do not believe that it constitutes a proper dog park. Our concerns over the last two years have been unheeded by the developers.

We will now look to work directly with Wicklow County Council to identify and deliver a suitable dog park in another location.

Committee Chairperson, Bernadette Stokes stated: “Having campaigned for 12 years, the Campaign for Greystones Dog Park is still determined to bring a fit for purpose dog park to the Greystones Municipal District.”